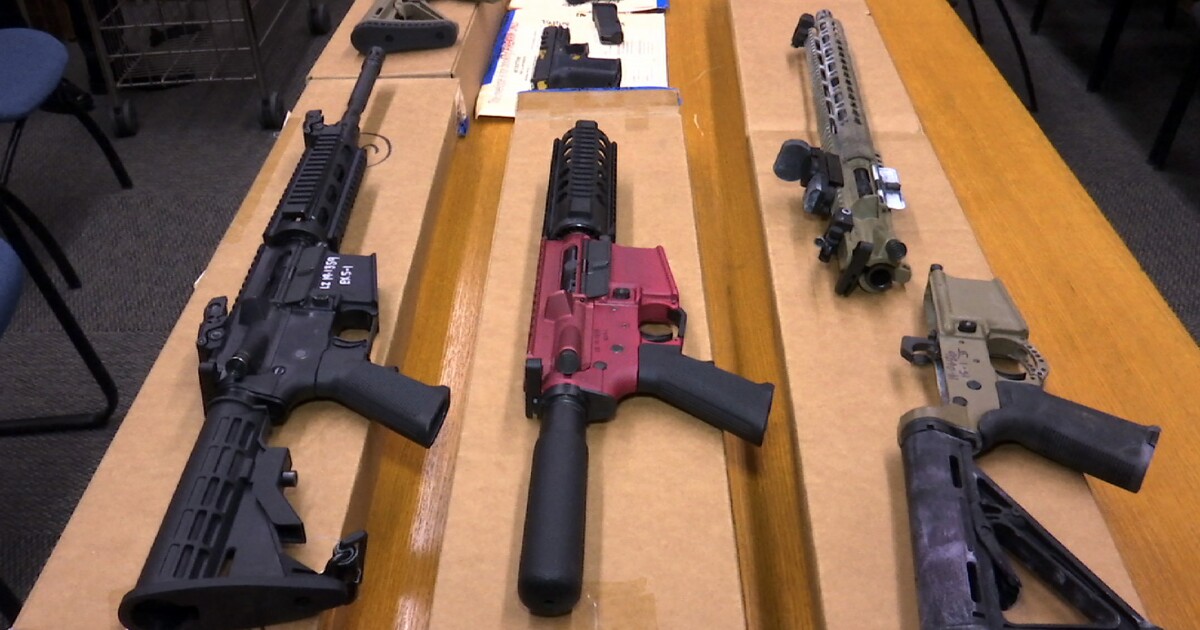 President Joe Biden took executive action today against a new type of firearm that both its proponents and critics say completely transforms the Second Amendment.

“Today I’m announcing several initial steps my administration is taking to curb this epidemic of gun violence, much more needs to be done,” the president said First, I want to reign in the proliferation of so-called “ghost guns,” these are guns that are homemade, built from a kit and include directions on how to finish a firearm.”

With new advances in 3D-printing technology, creating homemade weapons is easier than ever before. 3D-printed guns, known as ghost guns, typically lack any serial number, making them hard to trace. Under current law, the manufacturing of ghost guns is permitted for personal use.

“Anyone from a criminal to a terrorist can buy this kit and in as little as 30 minutes put together a weapon,” Biden added. “I want to see these firearms treated as firearms under the gun control act.”

Organizations such as Defense Distributed, which started in 2012, hosts numerous digital files that allow users to create handguns and various rifles at home with minimal supplies.

The first of its kind, a single-shot pistol called The Liberator, was made publicly available in 2013. A schematic for the gun was downloaded over 100,000 times in two days before the government demanded it be taken offline, citing the Arms Export Control Act of 1976.

In July 2018, former President Donald Trump said that he was looking into banning the hosting of files such as The Liberator.

“I am looking into 3-D Plastic Guns being sold to the public. Already spoke to NRA, doesn’t seem to make much sense!” the president tweeted.

Defense Distributed reached an agreement in 2018 with the government to charge users for its files rather than make them open source. The organization currently faces several federal and state lawsuits.

“The only thing that these different regulations are going to do is make it more costly and difficult for law-abiding people to have guns. Law-abiding people who like to make their own guns will no longer do so,” John Lott, an economist and former Trump administration official, told the Washington Examiner. “It is already illegal for people to sell homemade guns. Technology with things such as 3D printing is evolving faster than the government can regulate.”

The Washington Examiner could find no mass shootings connected to 3D-printed firearms. In November 2019, a 15-year-old was shot and killed at a California high school by another student using a ghost gun belonging to his father. That father was barred from possessing any firearms and instead bought a home-gun kit online.

“Criminals are buying these kits, which contain nearly all of the components and directions for finishing a firearm within as little as 30 minutes, and then using them to commit a crime,” a Department of Justice official said Wednesday.

The president also announced new funding for community violence intervention programs. He also ordered the DOJ to issue a model “red flag” legislation for states that would give the government the ability to take away firearms from those deemed dangerous by a judge.

In his Thursday remarks, Biden announced his nomination of David Chipman to lead the Bureau of Alcohol, Tobacco, Firearms and Explosives. Chipman, a longtime gun-control advocate, has called for a reinstatement of a ban on “assault-style weapons.”

“Homemade firearms is the purest form of exercising your constitutional rights. The best way to put it is that when someone says, ‘Aren’t these kinds of guns easier to make? Aren’t these easier to access?’ This doesn’t matter. There’s nothing about these firearms or advances in technology that makes a right less important just because it’s easier to exercise,” said Taylor Svehlak, the director of public affairs at the Firearms Policy Coalition, a group that lobbies in favor of 3D-printed weapons. “I would say the founders would take the opposite position as the Biden administration. New technology doesn’t make your natural rights less important.”

Gun control advocates have long criticized the proliferation of 3D-printed guns, saying they evade metal detectors and cannot be licensed. Everytown For Gun Safety, one of the nation’s biggest anti-gun groups, says 3D-printed guns are “a gun trafficker’s dream.”

Before he took office, Biden’s aides promised executive action on gun control. In a Zoom briefing hosted by Georgetown University, Stefanie Feldman said the president was planning to “make big, bold changes through executive action, not just on policing and climate like we talked about previously, but in healthcare and education on gun violence, on a range of issues.”

During the campaign, Biden pledged to work with Congress to ban “assault-style weapons,” institute a buyback program, and create a federal limit on magazine size.