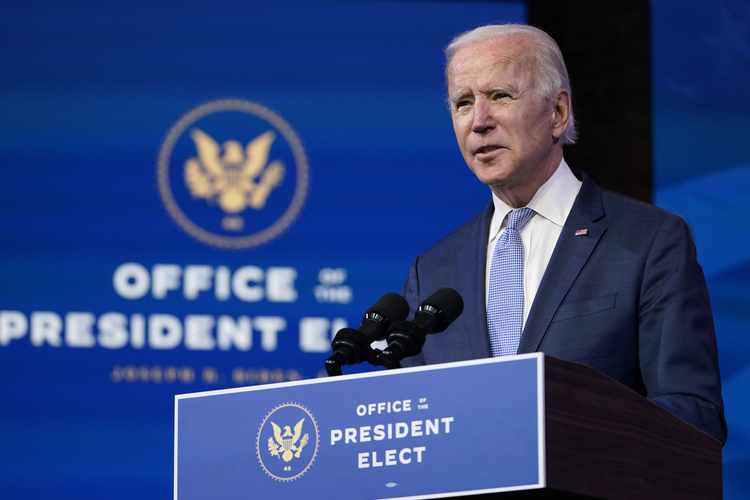 Joe Biden’s presidency has already begun, at least unofficially. Yesterday, Donald Trump chose to play the role of political rabble-rouser during the transition instead of constitutional officer.

Attempting to impede the pro-forma Electoral College vote certification by Congress, Trump delivered a fiery speech to thousands of his supporters, claiming yet again that the 2020 election was stolen from him and calling on Vice President Mike Pence, the ceremonial presiding officer of the Senate, to “do the right thing.”

“Our country has had enough!” Trump said. “We will not take it anymore and that’s what this is all about. … We will stop the steal!” Trump then directly urged his supporters to march on the U.S. Capitol, apparently to pressure lawmakers. “We fight like hell, and if you don’t fight like hell you’re not going to have a country anymore.”

Taken as a whole, the speech was essentially an incitement to riot. And his supporters took him both seriously and literally.

“We’re going to walk down Pennsylvania Avenue,” Trump told them — although he himself did nothing of the kind. In an inverse of “Profiles in Courage,” the president retreated to the warmth of the Oval Office, presumably watching television, while his supporters did as they were instructed. In a mystifying lapse of preparedness, the U.S. Capitol Police were badly understaffed. The crowd pushed past them, and while thousands were content to stand on the building’s steps and wave flags, a vanguard of several hundred stormed the entrance, broke windows, and occupied offices, sending members of Congress and their staffs fleeing in fear. Congressional offices were debased, as was America’s international reputation. One female Trump supporter, an unarmed Air Force veteran from San Diego, was shot to death by a Capitol Police officer.

Amid the appalling chaos, Trump was content to issue tepid tweets about respecting law enforcement. Later, he released a Twitter video going a bit further (but repeating the fiction that he’d won a landslide election). By then, Joe Biden had stepped into the void.

“At this hour, our democracy is under unprecedented assault, unlike anything we’ve seen in modern times,” the president-elect said from Wilmington, Del., while calling (in vain) for Trump to put a stop to it.

“I’m genuinely shocked and saddened that our nation, so long a beacon of hope and light for democracy, has come to such a dark moment,” Biden added. “America is about honor, decency, respect, tolerance. That’s who we are. That’s who we’ve always been.”

One irony for Republicans was that while the lame duck president was trying to forestall Biden from assuming office, Trump’s actions Wednesday had the effect of essentially making Biden presidential two weeks early.

If one were in a nitpicking mood, it’s true that Biden was much quicker to condemn these rioters than those who led the sustained carnage of last summer in a hundred American cities during the Black Lives Matter protests. And yes, D.C. Mayor Muriel Bowser and other Democrats pivoted instantly from being social justice defenders to a law-and-order hard-liners. The media’s turnabout was even more whiplash-inducing. The press had previously deemed it racist to even use the word “rioters” to describe arsonists, looters, and protesters who threw rocks at cops and menaced strangers. Those compunctions disappeared Wednesday, as did the ubiquitous phrase “mostly peaceful” protests — replaced by “traitors,” “terrorists,” and “a mob” that was “violent” and “seditious.” The Trumpsters were leading an “armed insurrection,” we were told.

Remember when Sen. Tom Cotton’s New York Times op-ed advocating the use of armed federal troops to quell the violence in American cities led to the approving editor’s forced departure? Yesterday, it took less than an hour for the media to clamor for the National Guard. “Where’s the cavalry?” they beseeched on cable news.

So there was inconsistency, and plenty of hypocrisy. Yet none of that excuses what Trump and his followers did Wednesday. They disgraced themselves. They trashed the legacy of their own movement. They desecrated a symbol of American democracy, although it was heartening how the Senate ameliorated much of the damage in an extraordinary late-night session. They prompted serious discussion of invoking the 25th Amendment and replacing Trump immediately. Mostly, they made Americans who voted for Joe Biden exceedingly glad they had done so.

Carl M. Cannon is the Washington bureau chief for RealClearPolitics. Reach him on Twitter @CarlCannon.