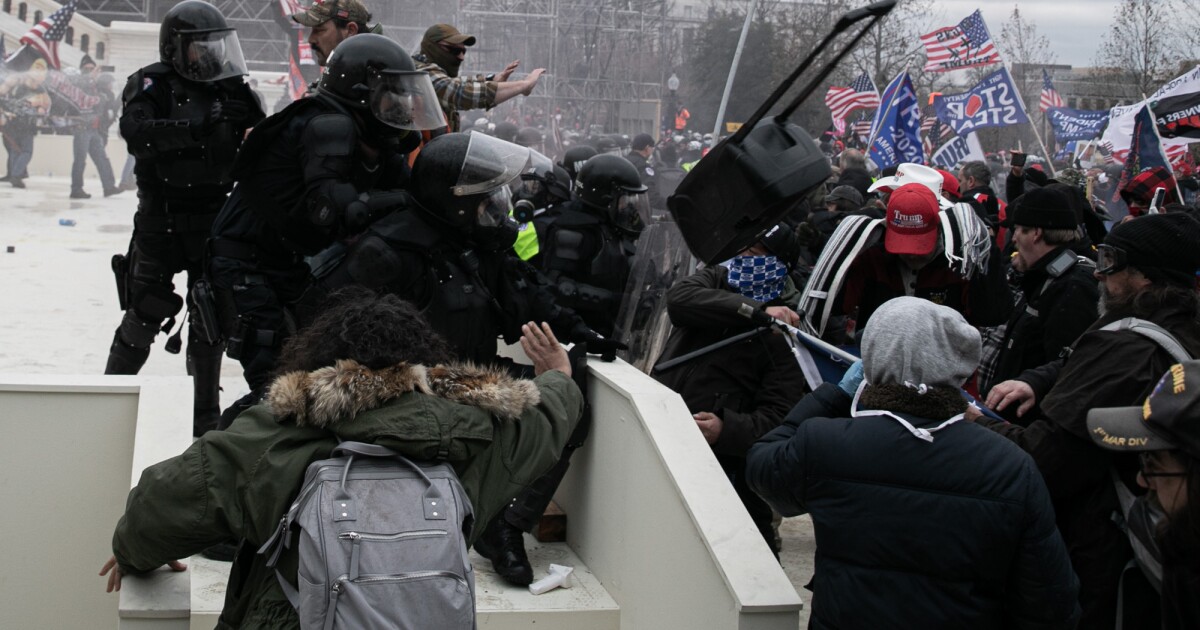 Let’s not worry right now about how we got here. Let’s focus instead on how we recover.

The riot in the Capitol, following on from a summer of Black Lives Matter/antifa violence, dramatized but did not create America’s culture war. The dissolution of the United States into two antagonistic blocs has been thoroughly documented. Dozens of full-length books and thousands of newspaper columns have explored the phenomenon.

Some blame the rise of partisan news networks, others the creation of social media. Yet others point to heightened tensions between religious and irreligious communities or to increased ethnic heterogeneity. Much has been made of the tendency of Democrats and Republicans to cluster separately, a phenomenon christened “the Big Sort” by the writer Bill Bishop in 2008.

This last trend is accelerating. Democrats in the new House represent 51% of the U.S. population, but only 16% of its land surface area, a record mismatch. For the avoidance of doubt, I am not suggesting that this in any way lessens their legitimacy: Empty prairies and Alaskan snowscapes, however scenic, don’t qualify for extra legislators. My point is simply that, the more the supporters of the parties live separately, the more easily they can be brought to believe unspeakable things about each other.

What is interesting about this geographical separation is that its original explanation, that parties of the Right stood for the agrarian interest while parties of the Left championed industrialized labor, has vanished. Some 2.6 million people work as farmers or ranchers, representing about 1.3% of the workforce. Go back to the 1840s, and that proportion was 70%. There has likewise been a collapse in heavy industry. Perhaps 140,000 people are employed in steel and 50,000 in coal mining. To put those figures in context, 15.6 million work in retail, 16.5 million in hospitality and leisure.

Geographical segregation is driven by differences in outlook, not jobs. In 2014, the Pew Research Center asked the public whether it prefers a smaller apartment, where it can walk to restaurants and stores, or a larger home, where it has to drive. By an extraordinary 77% to 21%, those voters defined by Pew as “consistent liberals” preferred the urban apartments, while by an equally staggering 75% to 22%, “consistent conservatives” plumped for the big houses. That, in a nutshell, explains the electoral map. It also explains why Republicans and Democrats are less likely to spend time together and so find it easier to assign base motives to each other.

At this stage, the columnist is supposed to propose a solution, but I’m not sure there is one. It may be that the decomposition of the United States into two tribes, defined by religious affiliation, physical location, media consumption, and personality type, is an inescapable product of a more mobile society. Zoom and Teams make it easier for people to live where they please and, as that choice comes to reflect character rather than professional necessity, the mixed areas become rarer.

I also gloomily suspect that the late 20th century, though we think of it as the old normal, was, in fact, exceptional for its moderation and bipartisanship. A uniquely high proportion of people were native-born, everyone grew up watching the same three TV networks, and the Soviet threat served to push people together. Today’s polarization, though often manifested through electronic media, would not have seemed unusual in the 19th century.

Perhaps the answer is not to seek to narrow people’s differences but to work around them. Instead of trying to convince voters in Illinois and Idaho to accept the same values, why not give them more local control? Rather than looking to the federal government to give a lead on everything from economic policy to abortion rights, maybe it should be confined to the role envisioned by the founders. After all, if Congress simply dealt with defense, foreign policy, and external trade, storming the Capitol would be as eccentric as storming the General Assembly of the United Nations.

Radical localism would mark a sharp reversal in the steady growth of federal power since 1913. There are plenty of vested interests pulling against it. But if you can think of a better way to restore civility and order to political discourse, I’m all ears.