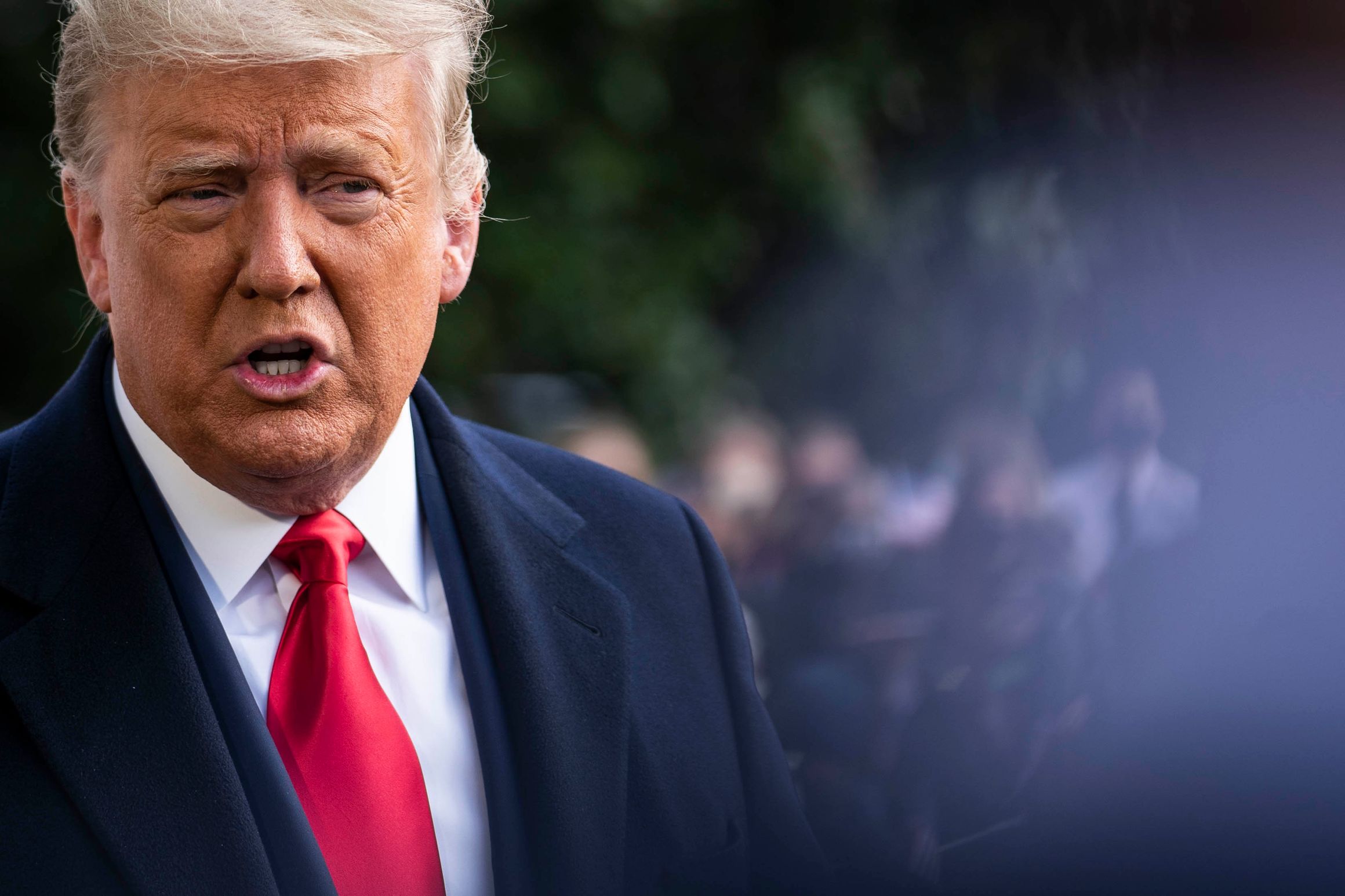 Instead, Trump—with his all-powerful Twitter feed and fundraising list—might become the party’s most reliable megaphone and kingmaker, akin to the role Sarah Palin played in 2010 amid the rise of the Tea Party after her 2008 defeat as John McCain’s running mate. In that sense, it’s possible that the 2022 midterms and the 2024 presidential race would actually be the most MAGA-friendly GOP primaries yet, conducted almost entirely on a stage designed by Trump himself, with supplicants parading through Mar-a-Lago to kiss the ring and an entire generation of GOP stars molded in his image. And that’s even before considering the Trump family’s direct influence—say a titanic Ivanka vs. AOC campaign in New York for Chuck Schumer’s Senate seat in 2022 or Donald Jr.’s campaign for Congress (or even the presidency) in 2024, as he becomes the next-generation MAGA standard-bearer.

This path of influence might prove one of the most stable visions ahead, assuming a relative level of normalcy from a man who has time and again demonstrated anything but. In fact, this entire piece and its imagined premise of a Trump post-presidency assumes that Trump and those around him would, at least superficially, if not graciously, accept a loss and that he would be content to just grumble loudly from the political balcony à la Statler and Waldorf in The Muppet Show.

There are darker visions and scenarios in which Trump never does accept a 2020 defeat, is pushed reluctantly from the White House in January, and moves to assume some more explicit mantle of a wronged leader-in-exile. Al Gore, after his acrimonious defeat, traveled across Europe and grew a beard, instead of setting up an opposition government in the lobby of the Willard Hotel across from the White House. But imagine if he had wanted to contest the election long past Inauguration Day?

Imagine that on January 21Kayleigh McEnany begins broadcasting regular news briefings from the Trump Hotel a few blocks down Pennsylvania Avenue from the White House; picture the 45th president hosting congressional leaders in a replica Oval Office reconstructed inside his hotel to plot GOP strategy and rail against the injustices done his supporters, using Twitter to stoke ongoing protests and MAGA-nation resistance across the country and touring to show up at boat parades and host his signature rallies. What if Trump wakes up each day attempting to explicitly—not just passively—undermine a Biden domestic policy at home and foreign policy overseas? He could go as far as even appointing his own “shadow cabinet,” fundraising off his aggrieved fan base as they underwrite his most loyal aides like Mike Pompeo and Mike Pence, who would also be out of office alongside Trump and casting about for how to chart their own political futures. They could hold their own political meetings, press conferences and appear every night on Fox News to stir the national political pot.

Rather than being able to focus on combating the pandemic and restarting the economy, Biden could find himself consumed on a daily basis by responding and batting away Trump’s latest conspiracies and complaints, and the nation consumed by an unprecedented roiling, low-grade political insurgency unlike anything the country has ever experienced. One open question, though, is how much hold does a defeated Trump end up having on the nation’s attention as time goes by? What seems wild on January 21 might become background noise by late February. As one media expert said to me: “The question is how much people stop listening to him?”

A Media Venture (But Not An Empire)

Almost no matter his approach to his successor—merely disgruntled or actively hostile—Trump will surely want to be listened to, which is why he might look for a platform to keep himself in steady communication with the national movement of the disaffected he’s fostered over the past five years as he seized and remade the Republican Party.

“He should go where his genius takes him,” says one expert. “He’s a genius about attention. Where is that most easily monetized? He’s a man in constant need for attention and exceptionally good at commanding and holding it.”

Rumors have long circulated that the Trump family would try to build its own media empire. Some have speculated that in 2016 Trump had been planning to launch “Trump TV” if, as even he expected, he lost the presidency to Hillary Clinton; one reporter even swore to me he saw a sign on the camera riser at Trump’s election night victory celebration reserving a spot for “Trump TV.” Earlier this year, there was conjecture that the Trump family and its backers might be interested in boosting and formally partnering with One America News (OAN), the upstart Fox challenger that has become an all but unofficial Trump TV.

But many around Trump doubt that’s where his ambitions truly lie. Starting a media company would be tremendous work and capital intensive, and unless he was set up as the front man for deep-pocketed investors willing to do the heavy lifting, it hardly seems like the type of project a man who spent nearly a year of his presidency golfing would take up.

At the same time, establishing some sort of regularized media engagement will almost certainly be necessary as part of a unified brand-building and cross-promotion exercise—just as he used campaign appearances in 2016 to promote his branded wares before it became clear he’d actually win the nomination. In the future, think a Trump talk radio or TV show where the commercials are hawking Trump steaks. Even as president, the Trump family has continued to apply for additional trademarks around the world, presumably for future projects and products.

“Whatever he does, he’ll be a bad actor in the media environment,” says one political observer. “Even if the Republican Party abandons him and says ‘Trump who?’ he still has enormous reach to people who are disaffected and violent. ‘Stand back and stand by.’ I’d imagine he’d want to stay public in the same way he did with birtherism—but dialed up a notch. He wants to be relevant. He’s been very successful creating this dark and chaotic political environment. That makes him powerful even if he’s not holding office.”

As another expert says, “He’s going to do whatever it takes to stay in the conversation—and it’s going to take being ever more outrageous to stay there.”

Dr. Marty Makary: I Hope There Is A Look Back And Fair Analysis On How We Handled Schools | Video

Reporter Hits Psaki with the Facts After Biden Tries to Take...