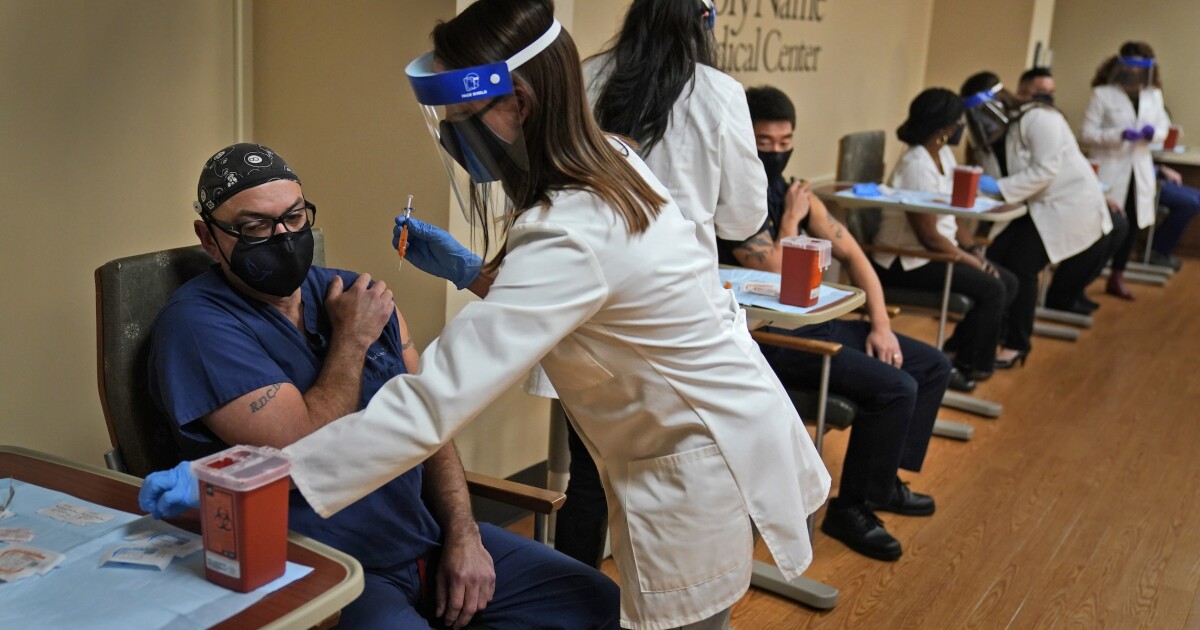 New Jersey Health Commissioner Judith Persichilli said more than 100,000 New Jersey health care workers and long-term care residents have received a COVID-19 vaccine, raising questions as to why the number is so low when the state received 400,000 vaccines.

About 120,000 vaccines have been set aside for long-term care residents and staff members in the state, she said.

Sixty-nine vaccine clinics have been held as of Monday, with 193 facilities scheduled to host clinics this week, Persichilli said at a Gov. Phil Murphy’s news conference. Six-hundred and fifteen facilities will hold them by the end of January, she said.

Republican state Sen. Kristin Corrado criticized the vaccine rollout in light of a large increase in COVID-19 deaths among nursing home patients last month and criticized the Murphy administration for missing a paperwork deadline to receive the vaccines.

“After the administration missed a federal deadline that delayed the beginning of vaccinations in our nursing homes by a week, we’re now learning that most of the state’s allotment of the vaccine continues to sit unused,” Corrado said in a statement.

“We did get some anecdotal information that people did not want to get vaccinated during the holidays in case they didn’t feel well,” she said.

The state began offering the Pfizer vaccine three weeks ago and very few have received the second dose, Murphy said.

The state has made the vaccination available to health care workers and long-term care residents, which are classified in what is deemed the 1-A category. The category also includes state prison inmates, who Corrado said should not receive the vaccine before nursing home residents.

“At the same time that we have war heroes in our nursing homes who are dying while waiting for their shots, Governor Murphy is making sure the prisoners are taken care of,” Corrado said. “What the heck is he thinking?”

Who will be in category 1-B is expected was to be discussed by the Professional Advisory Committee Monday night, Persichilli said. No timeline was given for when that population can begin receiving vaccinations.

But the state still needs more people to administer the vaccines, Persichilli said. She encouraged anyone eligible to administer vaccines to call their local branch of the New Jersey Medical Corps Reserves.