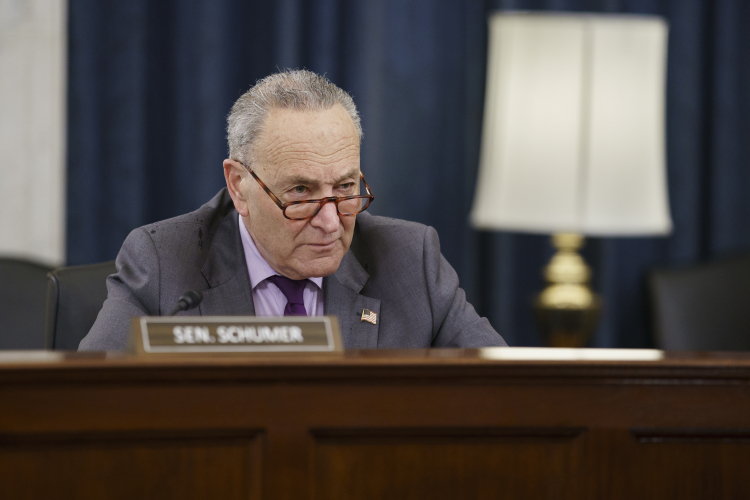 As West Virginia secretary of state, I am the chief election officer in charge of running safe, efficient and fair elections. Amid the pandemic in 2020, West Virginia had an extremely safe election along with a 74% participation rate among active voters. Our outstanding success caught national attention, and I have twice been asked to testify before Congress about the West Virginia election experience. The last time I testified, I strongly objected to the passage of S. 1, dubbed by the politicians as the For the People Act.

This bill is anything but “for the people” as it disenfranchises and confuses voters, it stomps on states’ constitutional powers, and it epitomizes the tyranny of an over-powerful government by federalizing our elections.

West Virginia’s Putnam County Clerk, Brian Wood, recently said, “It doesn’t matter if you’re Democrat or Republican. If you want to keep our democracy intact, you’ve got to leave it up to states to run their elections.”

Wood is joined by every county clerk in West Virginia, the majority of whom are Democrats, in opposing S. 1. They object because the bill disenfranchises military voters, it is impossible to administer, and it imposes unwanted, unneeded, unfunded and unrealistic requirements on states.

I served in the military and have experienced firsthand difficulty in voting. The right to vote means nothing if it is not met with the opportunity to vote. That is why my office and the West Virginia Legislature have committed to safe and secure electronic voting options, with identity verification checks, to make it easy for our troops to securely vote and verify their ballot is received by the local election officials in a timely fashion.

Section 1706 of S. 1 bans electronic transmission of absentee ballots, thereby disenfranchising service members who rely on electronics for everything from giving orders to receiving intelligence. Without electronic transmission, soldiers would have to rely on the U.S. Postal Service to deliver ballots, and the USPS frequently does not serve deployed locations around the globe. S. 1 ignores the fact that West Virginia and 31 other states have established safe and secure ways for our troops to transmit their ballots electronically.

More than 1,500 West Virginians took advantage of e-voting in November 2020, and e-voting is key to providing the greatest access ever to the ballot box. Eliminating electronic transfer of ballots would disenfranchise millions of people across 30-some states, not because of problems with electronic ballot transfer, but because of the lack of will of Washington, D.C., bureaucrats.

This bill’s passage will also throw sand in the gears of America’s elections by imposing a range of nonsensical burdens on our election officials. Bill drafters did not seek the advice of the National Association of Secretaries of State, and they certainly did not coordinate with county clerks across America. The authors never considered the bill’s practical implications on election administration.

Reporting in the Daily Beast uncovers that many election officials, both Democrat and Republican, object to large chunks of S. 1. According to the article, “Many of the changes the bill demands of election administrators are literally impossible to implement.”

The bill requires new voting equipment that cannot be built prior to the 2022 and 2024 implementation deadlines. It would force states agencies beyond the Department of Motor Vehicles to integrate data transfers into election systems, thereby opening hacking attack vectors. This unnecessary voter registration redundancy will also devastate agency budgets.

S.1 will eliminateWest Virginia’s ID requirements, allowing anyone to vote without previously registering at an address in the area, as long as they sign an unverifiable self-attestation to their eligibility. This new requirement would open the door for ineligible votes to be cast and then require those votes be counted on Election Day. Coupled with other provisions in S. 1, these provisions make maintaining clean and accuratevoter rolls virtually impossible.

Recent polling from the Honest Elections Project shows 77% of Americans and 62% of Biden voters think a photo ID should be required to vote. Instead of listening to the American people, partisan Washington Democrats want to destroy election security.

West Virginia’s county clerks have hundreds of years of election experience, and they stand united against S. 1. The bill vastly increases the cost of running elections, it disenfranchises military voters, and it invites ineligible ballots to be cast on Election Day. Election officials say they have never seen a more disastrous election bill be considered.

Congress should reject this legislation and allow states to continue running our own safe and secure elections.

Shareholder Activism: Woke Capitalism from the Inside

Shareholder Activism: Woke Capitalism from the Inside