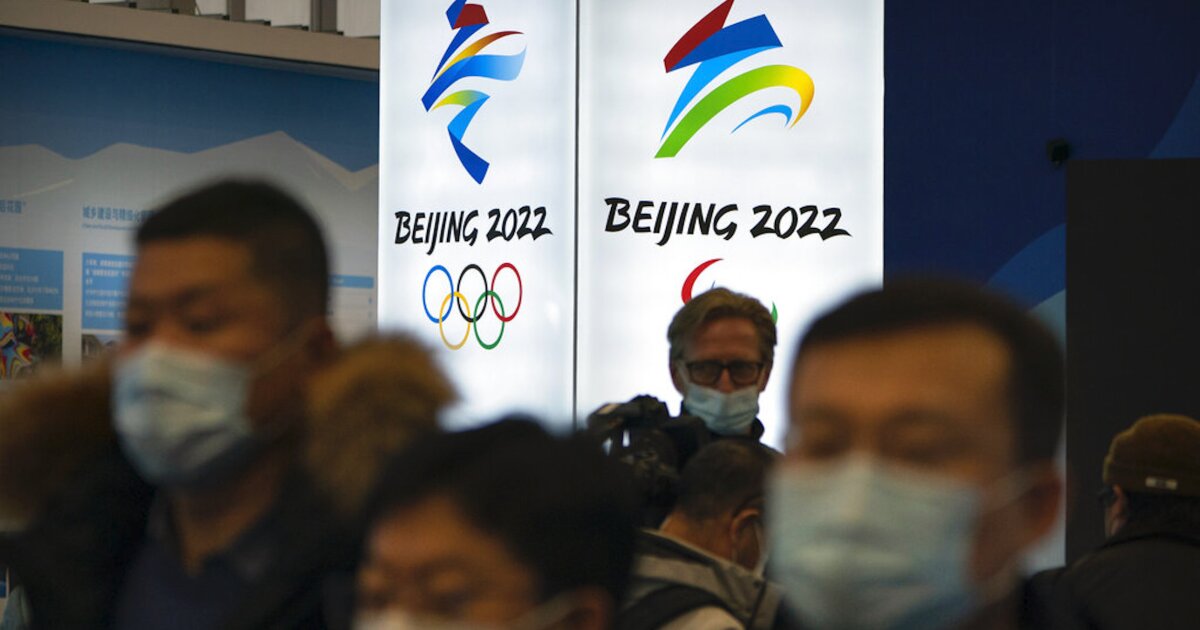 Mike Pompeo and Robert O’Brien, Trump’s former secretary of state and national security adviser, called for the United States to boycott the 2022 “Genocide Olympics” in Beijing as the Biden State Department seemed to send mixed messages about whether it was considering organizing an international boycott of the winter games in China.

Pressure has slowly grown around the Biden administration to force the games to be moved out of China or to boycott the global competition, especially following the determination by Pompeo, and the affirmation by the Biden State Department, that the Chinese Communist Party is conducting a genocide against Uyghur Muslims and other minorities in Xinjiang, among other human rights abuses being committed by the Chinese government.

During a Nixon Foundation seminar on China on Tuesday evening, the former Trump officials stepped up the rhetoric to make the case that the U.S. should not attend, including pointing out that Major League Baseball moved its All-Star Game out of Atlanta. President Joe Biden supported that move, though, thus far, he hasn’t called for a boycott of the games in China.

“I don’t think we should go. I don’t think we should have any American go and participate in the Genocide Olympics. How you would send your child there to compete when if they said so much as, ‘Boy, if the food is bad here today,’ you could end up in a Chinese prison for an awfully long time,” Pompeo said. “I think that’s a modest overstatement. It seems like an awful lot of risk, and I think Xi knows that. He might not well take anyone and hold them, but it’s not a risk I would suggest to one of my family members, if they were good enough athletes, ought to take. I hope we’ll convince the IOC not to hold them there and find another solution.”

State Department spokesman Ned Price was asked on Tuesday about how the State Department is involved in the Biden administration’s decision on participating in the Beijing Olympics.

“Part of our review of those Olympics and our thinking will involve close consultations with partners and allies around the world,” Price said. “We have consistently said, when it comes to our concerns with the government in Beijing, including Beijing’s egregious human rights violations, its conduct of genocide in the case of Xinjiang, that what the United States does is meaningful, what the United States does will have impact, but everything that we do that brings along our allies and partners will have all the more influence with Beijing.”

Price added: “And so that is why the Department of State, as part of our thinking on the Beijing Olympics, is engaging with partners, with allies, to coordinate — coordinate closely on decisions and approaches to the government in Beijing. … We are coordinating on all of these issues of concern, and, of course, the Beijing Olympics is an area we will continue to discuss.”

When asked again, Price said, “Well, of course, we’re talking about 2022, and we are still in April of 2021, so these games remain some time away. I wouldn’t want to put a time frame on it, but these discussions are underway.”

This indicated the Biden administration would be speaking with allies about a possible boycott, but a senior State Department spokesperson told the Washington Examiner: “Our position on the 2022 Olympics has not changed. We have not discussed and are not discussing any joint boycott with allies and partners. The State Department Spokesperson did not say we had, contrary to some reporting.”

Price himself tweeted that “2022 remains a ways off, but we will continue to consult closely with allies and partners to define our common concerns and establish our shared approach to the PRC.”

O’Brien pointed out Tuesday that China had sanctioned both himself and Pompeo and said that “I don’t think we’ll be going under any circumstances” but said he agreed with Pompeo’s remarks.

“It goes back to this double standard that we spoke about earlier,” O’Brien said. “It’s amazing how quickly corporate America can justify a move from Atlanta to Denver, but it’s perfectly prepared to continue to support events in China. So it’s an area of real concern.”

The former national security adviser brought up his role as the former lead U.S. hostage envoy and said, “I have probably seen this movie play out more times than we’d like — and it is somewhat frightening.” He noted that “the Chinese seem to be getting into the hostage game or at least the detainee game with the two Michaels — Spavor and Kovrig, the Canadians — the way the Iranians have played the game for many years.”

The two men have been held in China since 2018 after Canada began to assist the U.S. with extradition proceedings against Huawei’s CFO, who was arrested in Canada after being charged in the U.S. for crimes tied to the Chinese tech firm. O’Brien said that “I think anyone has got to be very concerned and has to think twice about why you’re going to China, what you’re going to do there, and if you want to take the risk of having an extended stay as a guest of Mr. Xi Jinping.”

Peter Thiel, the founder of Palantir Technologies and the featured guest of the Nixon Seminar, predicted the Beijing Olympics would not be successful for China, saying, “Maybe our athletes will go. I don’t think you’re going to have many political leaders from the Western world. … Maybe it’s not a full boycott like the 1980 Olympics in Moscow. But I think it will be anti-climactic. It will be, the turnout, the validation for China will be … as bad as Sochi [Russia] in 2014.”

Secretary of State Antony Blinken has avoided weighing in on the 2022 Winter Games, which have been slated for Beijing since 2015. Reports on China’s repression of the Uyghur population have only grown since then, and survivor accounts and independent research about reeducation camps and the suppression of Uyghur birth rates spurred the U.S. to identify the repression as an act of genocide.

International Olympic Committee President Thomas Bach said in March that a boycott was a bad idea.

“Boycott of the Olympic Games has never achieved anything. Be mindful of the boycott in Moscow in 1980, which was because of the intervention of the Soviet Army in Afghanistan. The Soviet Army withdrew from Afghanistan in 1989 — nine years after this boycott. So it really served nothing but punishing their own athletes.”

Chinese Foreign Ministry spokesman Zhao Lijian said Wednesday that “according to the U.S. side, a boycott has not yet been discussed.” He called the claim of forced labor in Xinjiang “the most outrageous lie of the century” and said of a possible boycott that “politicization of sports runs counter to the spirit of the Olympic Charter and harms the interests of all athletes as well as the international Olympic cause” and that he was confident that China “will host an extraordinary and outstanding Olympic event.”