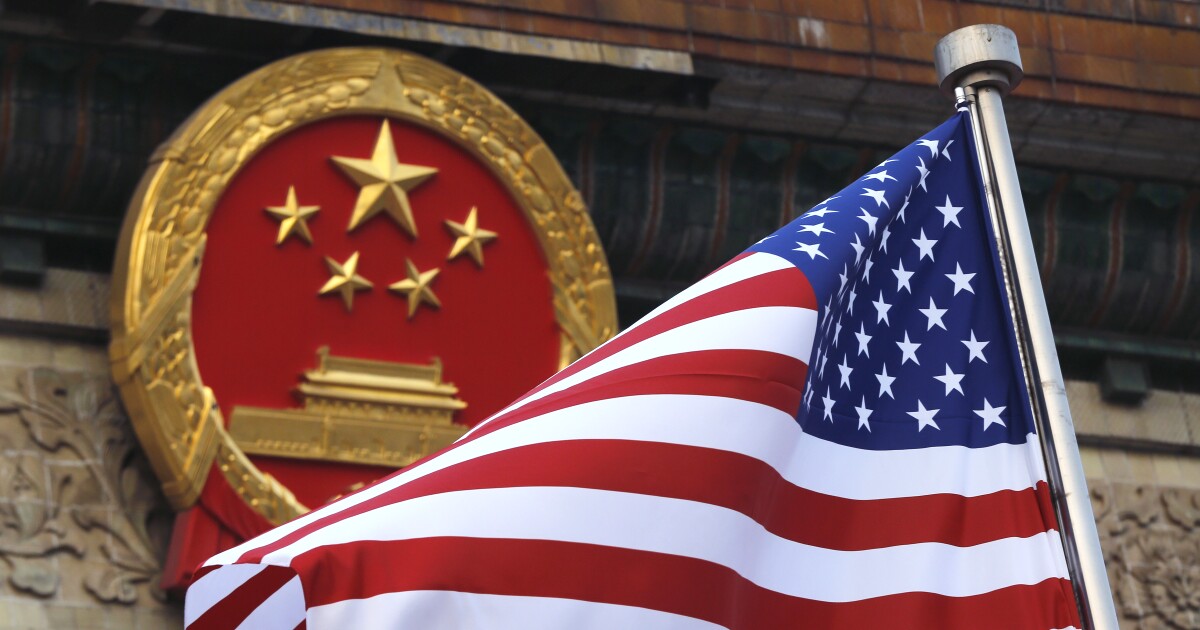 A former professor at the Ohio State University who had pleaded guilty to making false statements to federal authorities related to concealing his financial ties to China while receiving funding from the National Institutes of Health was sentenced to more than three years in prison on Friday and was ordered to pay millions in restitution.

Zheng was arrested in July 2020 while apparently trying to flee to China after he illegally received more than $4 million in grants from NIH while he concealed his affiliation with China’s Talents Plan at Sun-Yat Sen University, and he pleaded guilty in November 2020 to lying to investigators about what prosecutors called an “immunology research fraud scheme.”

“In yet another case involving the Chinese government’s Thousand Talents program, Song Guo Zheng will spend the next 37 months in a federal prison because he chose to lie and hide his involvement in this program from U.S. research funding agencies,” John Demers, the assistant attorney general for the Justice Department's National Security Division, said Friday. “American research funding is provided by the American taxpayer for the benefit of American society — not as an illicit gift to the Chinese government. The American people deserve total transparency when federal dollars are being provided for research, and we will continue to hold accountable those who choose to lie about their foreign government affiliations in an attempt to fraudulently gain access to these funds.”

The DOJ’s China Initiative is shining the spotlight on the Chinese Communist Party’s coordinated and multifaceted efforts to steal research and technology from academic institutions across the country, with prosecutors mounting aggressive efforts over the past few years to crack down on Chinese malign influence at U.S. universities.

CHINA ON CAMPUS: HOW DOJ HAS BATTLED NONTRADITIONAL ESPIONAGE

Prosecutors said Zheng received more than $4 million in grants from NIH while he concealed his affiliation with China’s Thousand Talents Program, which the United States says is used by China’s government to gain access to foreign technology and intellectual property illicitly. Zheng, who had been the Ronald L. Whisler MD Chair in Rheumatology and Immunology at Ohio State’s medical school, admitted to fraudulently obtaining federal grants and making false statements about his links to China. He was arrested in May 2020 after he arrived via a private charter flight in Anchorage, and his luggage was searched as he attempted to flee to China.

“Zheng was desperate to leave the United States quickly, and utilized powerful or influential friends in order to obtain a seat on a private charter flight and ensure it was able to leave the U.S.,” the complaint alleged.

Customs and Border Protection found numerous electronic devices in one of his bags, including two laptops, three cellphones, and several USB drives, the Justice Department said. Zheng was also carrying several silver bars, expired Chinese passports for his family, and deeds for property in China, according to prosecutors.

The criminal complaint alleged Zheng tried to pass off his bag with his electronics to another passenger, who said she did not know Zheng but was trying to help him with his luggage, in an effort to prevent law enforcement from searching the items. The FBI said Zheng told investigators contradictory stories about why he was traveling to China. He originally said he was moving to China to retire but later stated he was going there to visit his sick father.

The DOJ said that Zheng eventually “admitted he lied on applications in order to use approximately $4.1 million in grants from NIH to develop China’s expertise in the areas of rheumatology and immunology.” In his plea agreement, the DOJ said Zheng also admitted he “caused materially false and misleading statements on NIH grant applications, seeking to hide his participation in Chinese Talent Plans and his affiliation and collaboration with a Chinese university controlled by the Chinese government.”

The DOJ had sought a nearly four-year sentence, while Daniel Collins, the defense attorney for Zheng, unsuccessfully argued in April that his client shouldn’t have to spend any more time in prison since he’d been behind bars since his arrest.

“Dr. Zheng is a clear example of China’s continued attempts to steal our taxpayer-funded research. This harms our important academic institutions, federal grant-making agencies, and American businesses,” Portman said. “I am encouraged by The Ohio State University’s cooperation with the DOJ and the FBI to protect against exploitation of our research enterprise. This case shows that it’s time to pass my Safeguarding American Innovation Act to help stop foreign governments from stealing our research and innovation so that American taxpayer-funded research will be used to level the playing to create jobs for hard-working Americans. China’s ongoing theft of America’s research and innovation must stop.”

While Zheng was managing millions in NIH grants, he was simultaneously receiving Chinese government funding, too, without disclosing it to the NIH as the rules required. While working at Ohio State, Zheng was also employed as a professor and “expert of Thousand Talents program” at Sun-Yat Sen University in China, which he also failed to disclose to the NIH and OSU. According to the criminal complaint, Zheng fled six days after he was confronted by Ohio State about the alleged omissions.

“For years the defendant concealed his participation in Chinese government talent recruitment programs, hiding his affiliations with at least five research institutions in China,” Alan Kohler Jr., the assistant director of the FBI’s Counterintelligence Division, said Friday. “Zheng greedily took federal research dollars and prevented others from receiving funding for critical research in support of medical advances. The FBI will continue to pursue people wherever they may be, even on a plane, in Alaska, in the middle of the night.”