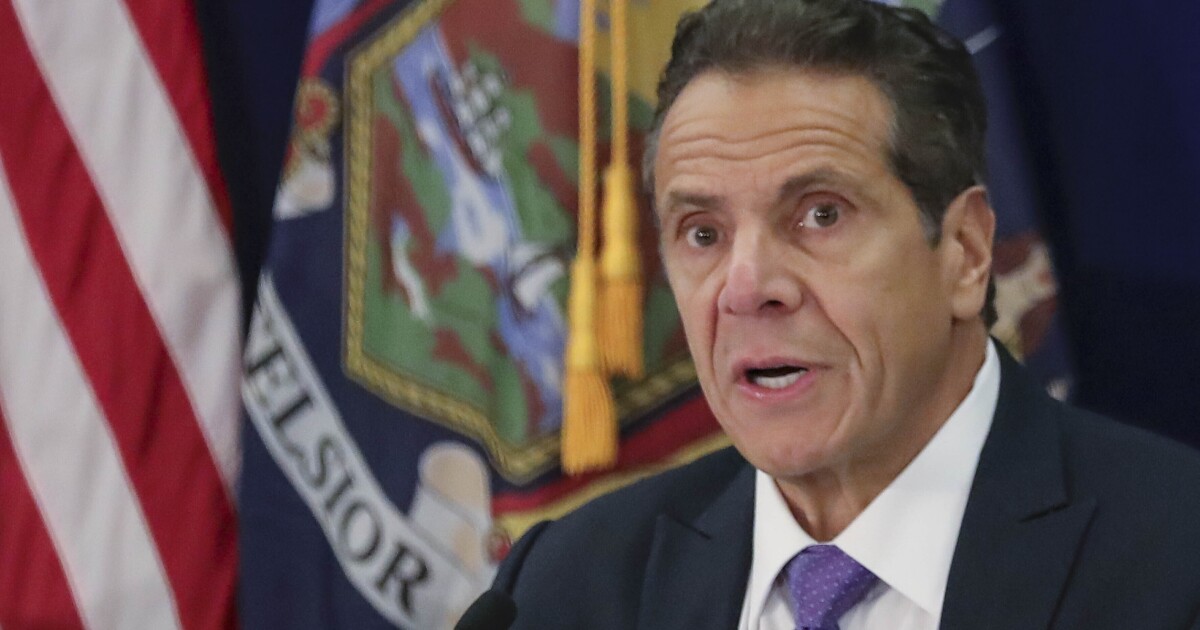 Democrats in the New York Legislature have reached a deal that will end Gov. Andrew Cuomo’s emergency powers, leaders from both chambers announced late Tuesday afternoon.

The powers, which have been in effect since the start of the COVID-19 crisis last year, were set to expire April 30. However, there has been growing call for a repeal in recent weeks as the Cuomo administration has come under fire for its handling of nursing homes during the pandemic and allegations of sexual harassment in the past week against the governor.

Statements by Senate Majority Leader Andrea Stewart-Cousins and Assembly Speaker Carl Heastie did not address either of those scandals.

“I think everyone understands where we were back in March and where we are now,” said Stewart-Cousins, D-Yonkers. “We certainly see the need for a quick response but also want to move toward a system of increased oversight, and review. The public deserves to have checks and balances.”

Heastie, D-Bronx, said as residents get the COVID-19 vaccine, it’s a sign that the powers “have served their purpose.” The powers were approved as the state was crushed by a pandemic that no one really understood as it spread across communities.

“Now it is time for our government to return to regular order,” he said.

Top Republican lawmakers criticized the move to rein in Cuomo’s powers as insufficient and far too late.

“Our Conference has listened to New Yorkers’ pleas to strip the Governor’s powers. We advanced an amendment to do so 19 times,” Senate Minority Leader Rob Ortt said in a statement. “Each and every one of those times, not a single Senate Democrat stood with us in this effort to restore checks and balances to Albany. Today, as they announced this bogus backroom deal, they turned their back on New Yorkers yet again, voting no on our amendment to remove the executive powers.”

The agreement, subject to both chambers voting to approve, will not end all emergency powers. According to the joint statement, powers pertinent to public health will remain active.

Current orders that manage the spread of the virus, oversee the vaccination process or mandate facial coverings will remain in effect for 30 days after the vote. The lawmakers’ statement says the orders can be extended, but Cuomo will first need to communicate with Senate and Assembly leaders as well as relevant legislative committee chairs.

Orders can be modified, leaders said, if, for example, they revise the number of people eligible to get the vaccine or the seating capacity for a restaurant. Local communities that have been “exclusively impacted” will also get the chance to comment on whether the orders should be maintained or revised.

“Directives will not be continuously modified or extended unless the governor has responded to comments provided by the chairs of relevant committees,” the joint statement read.

A growing chorus of legislators have called for the repeal of those powers in recent weeks. However, efforts by Republicans to overturn them have failed repeatedly as Democrats hold supermajorities of at least two-thirds in both chambers.

“Looks like we won’t have to wait 75 years for Halley’s Comet to come around to revoke Cuomo’s emergency powers,” state Sen. Jim Tedisco, R-Glenville, said on Twitter. “We still need to see fine print of the bill but it appears we were successful in getting Majority to move on it and taking out their bad idea for a bogus commission.”