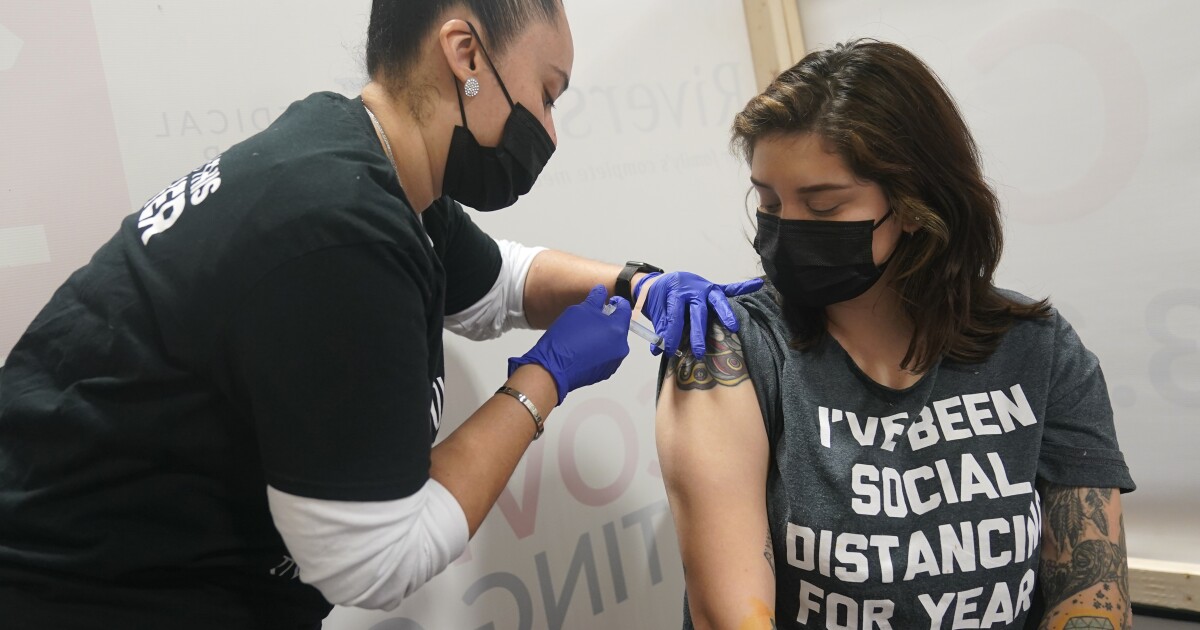 As New Jersey marks the first anniversary of COVID-19, state officials announced they have administered more than 2 million doses of the life-saving vaccine.

“Our administration has built the infrastructure – including nearly 300 vaccination sites across the state – needed to support New Jersey’s COVID-19 vaccination demand,” Gov. Phil Murphy said in a news release.

“As the federal government continues to make more vaccine doses available, we are confident in our ability to expand our vaccination program to reach more of our essential workers and vulnerable populations,” Murphy added. “Our goal is to provide every New Jerseyan with a vaccine when it is available and they are eligible.”

As of Monday evening, New Jersey had 704,362 confirmed cases and 88,134 probable cases of the virus, which originated in China. The state has reported 20,942 confirmed deaths and 2,331 probable deaths.

On the vaccination front, New Jersey health officials administered the first dose on Dec. 15 and surpassed 1 million doses on Feb. 8, the governor said this week.

To date, New Jersey has administered more than 2 million doses, Murphy said during a Monday press briefing. That number includes nearly more than 1.3 million first doses and more than 690,000 rounds of the second dose.

Moving forward and with the approval of the Johnson & Johnson vaccine, state Sen. Paul Sarlo, D-Bergen, the mayor of Wood-Ridge, called for a “reset” on vaccine distribution in the state.

“New Jersey needs to hit the reset button on the COVID-19 vaccine distribution,” Sarlo said in a news release. “The release of the new Johnson & Johnson vaccine is a game changer because it requires only a single dose and it doesn’t need to be kept in ultra-cold freezers.

“This makes it perfect to distribute directly to local towns so they can vaccinate their senior citizens and teachers without the bureaucratic and technological logjam of the current vaccine enrollment system,” Sarlo added. “The 70,000 doses heading to New Jersey on Monday and all future J&J doses should be reserved for senior citizens and school staff until those groups are all fully vaccinated.”

But the state’s COVID response remains in the cross-hairs of Republican lawmakers who are launching a series of hearings this week. They plan to examine the Murphy administration’s policies at nursing homes, veterans homes, and long-term care (LTC) facilities in the state, where about 8,000 people have died.