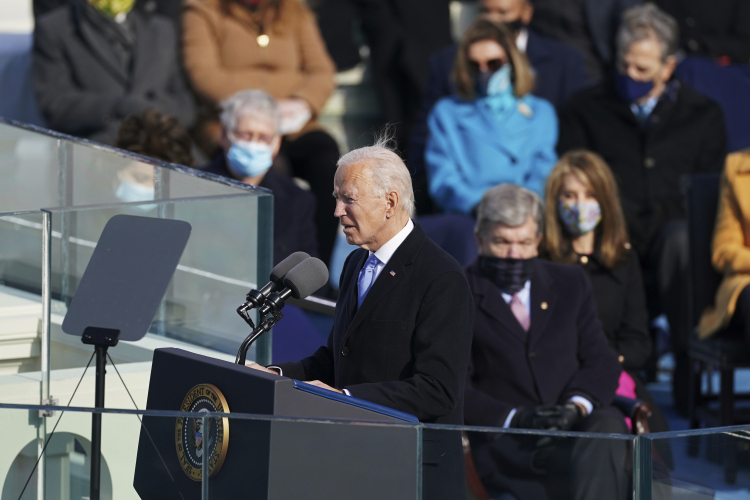 If the last election demonstrates anything, it shows that the American people are equally divided.

The makeup of the House of Representatives and Senate reflects this perfectly. Out of the 435-person chamber, Democrats only hold a six-vote majority. The Senate is an even 50-50 split. During inauguration, President Biden spoke to this evenness of division when he said he wanted to be a unity president.

If our common goal is a greater future for our country, I join that call for unity.

Unfortunately, the president’s words were window dressing on a highly partisan agenda. Earnest offers of bipartisanship by Republicans have been slandered as inadequate or insincere to justify a partisan path.

Finding common ground and bipartisanship is hard. It takes a long time. That’s the way the Senate was structured. Requiring 60 votes forces that hard work. It reflects the large majority of Americans as opposed to a portion of one-half. Ending the filibuster is an attempt to only represent a portion of one-half.

In 2005, Biden took to the Senate floor in opposing attempts to eliminate the Senate’s 60-vote threshold saying, “At its core, the filibuster is not about stopping a nominee or a bill — it’s about compromise and moderation.”

He went on to state resolutely that eliminating this parliamentary procedure is “ultimately an example of the arrogance of power. It is a fundamental power grab by the majority party … and designed to change the reading of the Constitution.”

Democrats used the filibuster liberally under President Trump to hinder national security by blocking funding for the construction of the border wall and twice as an obstacle for coronavirus relief during the passage of the CARES Act at the beginning of the pandemic.

Now that they are in power, they are targeting the Senate mechanism they used to great effect. They call it racist and a relic of Jim Crow. Were my Democrat colleagues engaging in racism when they used it to block Sen. Tim Scott’s (R-SC) police reform bill? Of course not.

The Founders warned us about this – the tyranny of the majority – as it results in the oppression of the minority. Democrats will pursue their far-left agenda at the expense of any other view.

Democrats are already proposing legislation they know Republicans will not support. Camouflaging the Green New Deal in an infrastructure bill, infringing on the Second Amendment, forcing taxpayers to fund political campaigns and banning the enforcement of election security laws that prevent noncitizens from voting. They are deliberately orchestrating gridlock to justify eliminating of the filibuster.

We can come together, negotiate, find common ground, and pass real solutions. It will be hard and slow. It won’t garner media headlines or provide fundraising bait, but it is better for our country. The best legislation we have seen as a country – and usually the longest lasting – are bipartisan. The filibuster requires that they are.

Democrats no longer wish for bipartisanship. They will say many things to justify why bipartisanship is impossible and thus the filibuster must be eliminated. The more correct analysis is that they do not wish to engage in bipartisanship.

If hypocrisy is the compliment vice gives to virtue, then maintaining the filibuster is clearly virtuous.

Let’s heed the words of President Biden: “The Senate ought not act rashly by changing its rules to satisfy a strong-willed majority acting in the heat of the moment.”

U.S. Sen. Bill Cassidy, M.D., is a Republican from Louisiana.