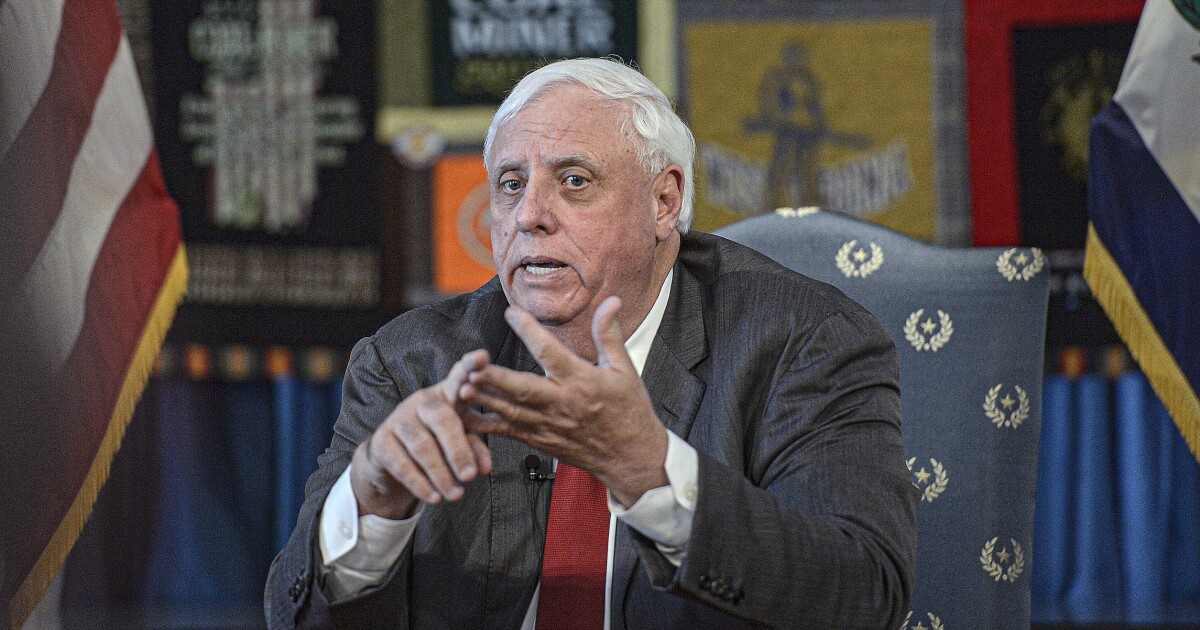 West Virginia Gov. Jim Justice criticized Attorney General Patrick Morrisey over a statement that suggests he will not enforce criminal charges for violations of the governor’s mask mandate.

The attorney general's office represents the state on criminal issues in appellate courts and the West Virginia Supreme Court. Morrisey wrote in a Facebook post he will not defend the state in instances in which it seeks to use the criminal code in an improper or heavy handed manner through executive order after the governor threatened actions against businesses that fail to enforce a mask mandate.

“Our office will utilize its criminal appellate enforcement discretion to ensure that no one impinges upon our constitutionally protected freedoms,” Morrisey wrote.

“I was saddened this evening to see the statement that Attorney General Morrisey posted to his Facebook,” Justice said in a statement. “With the overwhelming majority of West Virginians in favor of wearing masks, it is extremely disheartening that he doesn’t also strongly support the wearing of masks, especially after all our medical experts on a state and federal level have made it abundantly clear that wearing a mask works to stop this virus.”

Justice said West Virginians entrusted him with making decisions in the best interest of residents’ health and prosperity. He said he will work to ensure businesses stay open, people keep working and schools stay open, but that wearing masks will help stop the spread of COVID-19.

Although Morrisey encouraged people to wear masks, social distance and maintain good hygiene, he said he will use his discretion on enforcing state law to ensure businesses stay open and to prevent any violations of constitutional freedoms.

“During this pandemic, I will continue to ensure that any efforts to use the criminal code for any purpose are not applied in an arbitrary, improper, or heavy handed manner,” Morrisey wrote. “Let’s be clear: no one is going to send people to jail and that simply should not be occurring with respect to the Governor’s executive orders.”

Justice signed an executive order last week that extended the state’s face mask mandate to include any person who is indoors in a public location unless they fall under one of the exemptions, which include children 8 years old or younger, people who have trouble breathing and people who cannot remove a mask without assistance.

Previous regulations exempted people in indoor public places if they were socially distanced, but the new order removes that exemption. A person is still exempt when actively eating or drinking at a bar or restaurant.

The executive order requires businesses to enforce this mandate on patrons, and Justice threatened action against businesses that do not properly enforce it.