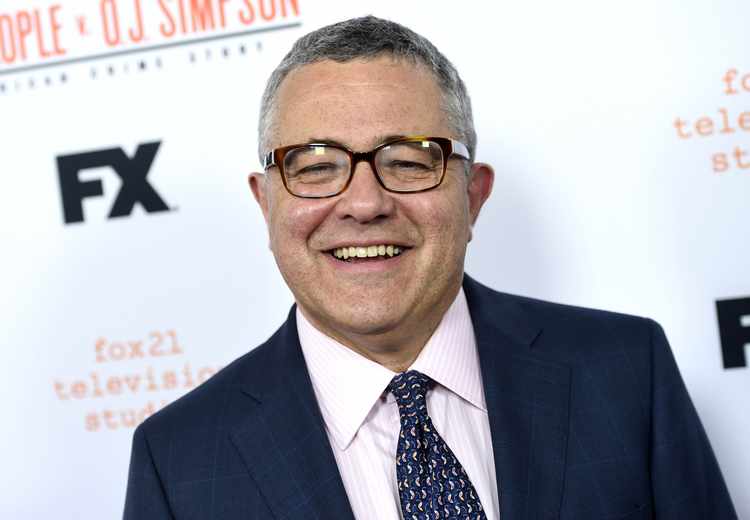 Some 3,000 Americans a day are dying of COVID-19, a significant chunk of the country won’t accept November’s election results, and Russian hackers appear to have compromised much of the federal government. Amid this mayhem, the mainstream media found time to address an issue that most Americans haven’t given a second thought: Will Jeffrey Toobin’s career survive?

In case you haven’t heard – or have mercifully forgotten – during an Oct. 15 New Yorker magazine staff meeting held on Zoom, the 60 year-old Toobin “was seen lowering and raising his computer camera, exposing and touching his penis, and motioning an air kiss to someone other than his colleagues,” according to a New York Times report. Dozens of staff members from the venerable magazine were assembled online for an election simulation exercise, which in retrospect sounds like an unfortunate euphemism.

On Nov. 11, Condé Nast, which owns The New Yorker, fired Toobin from a job he’d held for 27 years. Although he’s on self-imposed leave at CNN, he is still employed as its chief legal analyst. “Three CNN employees say that network president, Jeff Zucker, is a big fan of Mr. Toobin’s and a believer in second chances,” reports the Times.

Society’s blithe acceptance of ubiquitous Internet pornography might make an inadvertent indiscretion in front of your home computer seem understandable to many. However, for Toobin this isn’t a first transgression – it’s déjà vu all over again. His smarmy behavior has been public knowledge for a very long time. The Times recounts how in 2003 the married Toobin asked out a colleague. Before they could even go out, he left her an answering machine message explicitly describing in vulgar detail the sex acts he wanted to perform with her.

In 2008, Toobin had an affair with Casey Greenfield, the much-younger daughter of veteran political journalist Jeff Greenfield. When Casey Greenfield became pregnant, Toobin reportedly offered her money to have an abortion. When she refused, he told her he would make her regret the decision. After the child was born, Toobin had to be dragged into court and forced to pay child support.

Yet, according to some of his notable colleagues, the real problem here is judgmental prudes. One of Toobin’s New Yorker colleagues, trans activist Masha Gessen, dismissed the incident. “I think it’s tragic that a guy would get fired for really just doing something really stupid,” Gessen told the Times. “It is the Zoom equivalent of taking an inappropriately long lunch break, having sex during it and getting stumbled upon.”

Another New Yorker writer, best-selling author Malcolm Gladwell, told the Times “the only way I could explain [Toobin’s firing] … was that Condé Nast had taken an unexpected turn toward traditional Catholic teaching.” To drive the point home, “Mr. Gladwell then took out his Bible and read to a reporter an allegory from Genesis 38 in which God strikes down a man for succumbing to the sin of self-gratification.”

Gladwell’s superficial understanding of Scripture might be a surprise to readers of his thought-provoking books and, in any event, was a weak attempt to cast doubt on the idea Toobin violated agreed-upon standards of decency. Moreover, it’s hard to imagine there are many jobs in secular America, let alone in vocations heavily dependent on public credibility, where you can turn into Onan the Barbarian in front of dozens of colleagues and still collect a six-figure salary.

In general, excusing libertine elites such as Toobin raises uncomfortable questions for the media. Do black lives matter when 70% of African American children are born out of wedlock? What about the fact that 36% of abortions are performed on African Americans even though they represent 13% of the population – doesn’t that inequality reflect some kind of institutional racism? Don’t expect any serious consideration of these issues coming to an op-ed page near you soon.

Instead, you can count on more media disdain for tens of millions of Americans who cling to traditional moral beliefs about sex. Toobin has also consistently exhibited undiluted contempt for legal minds he disagrees with. (See his unfair and needlessly vicious obituary for the famously ill-treated judge Robert Bork.) Toobin’s zealous support of abortion seems to play a large role in explaining his irrational hostility toward conservative jurisprudence.

Toobin undoubtedly wants a second chance, or more accurately, a fourth or fifth. Does he deserve one? Secular elites in the media often delight in pointing out all the ways that those of us who cling to traditional Judeo-Christian morality fail to live up to our own standards and beliefs. Admittedly, the Trump era has been a bad one for exposing the brazen hypocrisy of many on the political and religious right.

However, no one can be perfectly moral. Our failings may make us hypocrites, but they also make us human. That’s why every last one of us, Toobin especially, needs forgiveness. Unfortunately, Toobin and his allies in the press are often unwilling to extend a modicum of grace for the failings of their political opponents, and this hostility only widens our growing cultural and political divisions. American institutions need to do more to cultivate trust and decency – and the Toobin episode shows the media is no exception.