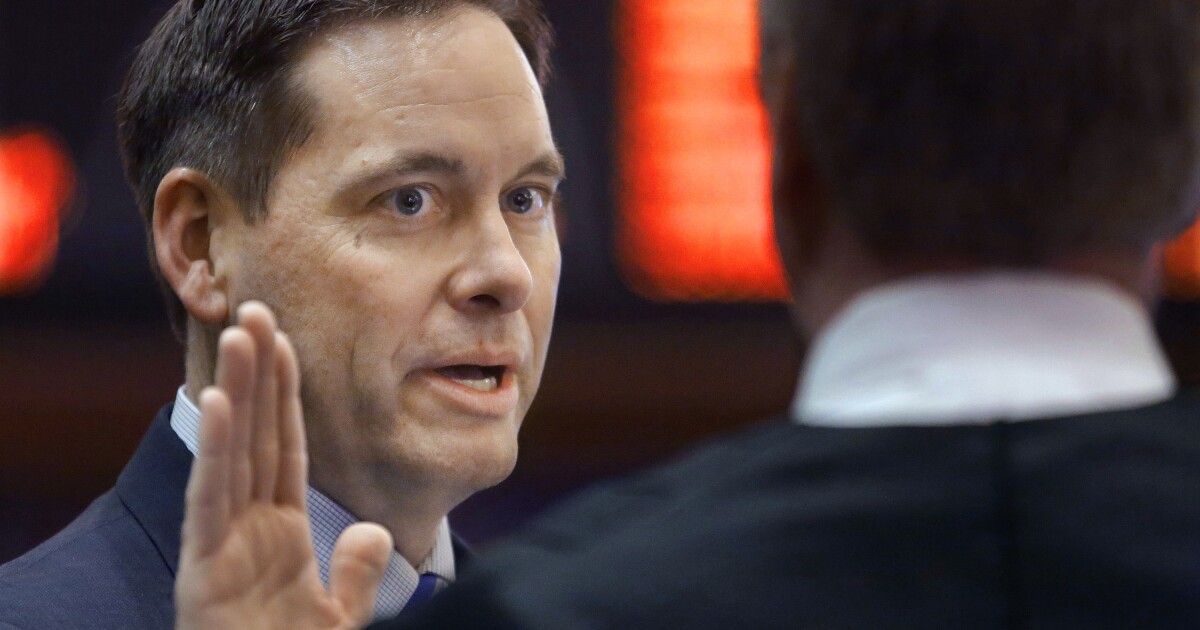 Illinois House Republicans are making another effort to take the process of redrawing legislative districts out of the hands of lawmakers and place the duty on an independent 11-person commission.

“This gives us an opportunity going into veto session to put this on the books, to pass something quickly and hold the governor’s feet to the fire in his promise to enact fair maps,” said Butler.

In his 2018 gubernatorial candidate questionnaire in the Northwest Herald, then-candidate J.B. Pritzker said, “I support ending the gerrymandering of districts to encourage more competitive elections.”

A similar remapping proposal failed to make the ballot in November. The Illinois Supreme Court has twice struck down independent redistricting amendments to the state constitution, including in 2014 when thousands of Illinoisans signed a petition in favor of the change.

“A partisan decision by the Illinois Supreme Court scuttled the effort of those nearly 600,000 people to make a difference and offer a choice for a different way forward in the state of Illinois, and that decision really burns me to this day,” Spain said.

The three lawmakers said their latest bid to revoke remapping powers from the legislature is an attempt at fairness and not an attempt to elect more Republicans to the General Assembly.

“It’s inexplicable that someone who lives in Momence can be represented by someone who lives in the area, but someone across the street from them cannot,” Haas said. “These moves were not based on township, village or meaningful divisions, but on pure partisan maneuvers to advantage Madigan to keep his majority and power.”

Both Spain and Butler say the bill, which is expected to be filed this week, would adhere to the federal Voting Rights Act’s requirements to ensure fair racial and ethnic representation.

The General Assembly is tasked with drawing new legislative maps for the next decade by June. The U.S. Census is expected to release updated population data soon to guide state legislatures through the remapping process.