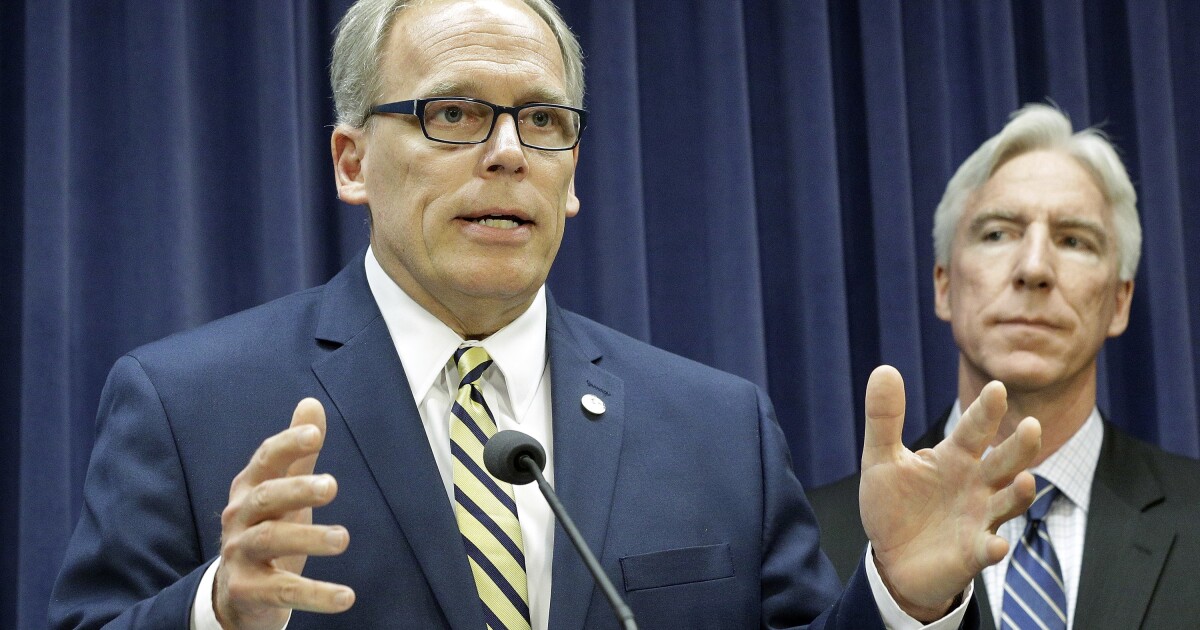 A leading proponent of last year’s gambling expansion bill in Illinois is lamenting the lengthy approval process for licenses.

State Senator Dave Syverson, R-Rockford, said the Illinois Gaming Board’s recent announcement that it could be six more months before they issue a decision on pending applications is devastating to local communities that are missing out on revenue and jobs.

“I’m surprised, and I’m certainly disappointed, that it’s taken a year and now they’re asking for six more months,” Syverson said. “And they can’t comment as to why it’s taking this long to get two clean applications approved so we can get people working.”

The bill, signed into law one year ago by Gov. J.B. Pritzker, allows for up to six new casinos across the state. The Rockford and Williamson County applications were submitted after the communities determined which casino operator would be selected.

Additional licenses were designated for Chicago, the south suburbs, Danville, and Waukegan. The board pushed forward a decision on a total of nine pending applications.

Joe Miller, director of policy for the Illinois Gaming Board, does not describe the board’s action as a “delay.”

“The Illinois Gambling Act states that if a licensing determination cannot be made within 12 months from the application submission deadline, then the Board must inform the applicants why a determination could not be made and when the Board reasonably expects to make a decision,” Miller wrote in an email. “Consistent with the statute, the Board gave each applicant a status update on their respective applications and explained when it reasonably expects to conclude the license investigation and make a preliminary suitably determination.”

Syverson said the extended timeline is not just bad news for the communities applying for the new licenses.

“All that new revenue is going for capital projects throughout the whole state,” Syverson said. “Every district benefits from that. If there is no revenue, that means all those projects now are all going to be delayed by another six months or longer. It’s going to have a negative impact on projects and jobs across all of Illinois.”

Under the law, tax revenue from the new facilities is earmarked for a $45 billion capital improvement plan, with spending planned on roads, bridges, railroads, universities, early childhood centers and state facilities over the next six years.

“We’re trying to get to the bottom of what happened, why didn’t [the board] get their job done, who should be held accountable, and what they can do to get these applications done,” Syverson said. “For six months we had casinos and video gaming totally closed. What were the 250 employees at the gaming board that were not monitoring the existing casinos and video gaming doing? Those employees could have stepped up in and helped.”

In a statement, Gaming Board Administrator Marcus Fruchter emphasized that staff remains hard at work on all of the Board’s regulatory responsibilities.

“COVID-19 made certain routine IGB activities – such as applicant and key person interviews, site visits, fingerprint analysis, and obtaining official tax documents and other records from state, local and federal agencies – difficult and at times impossible,” Fruchter said. “But life and work proceed, albeit under less than ideal circumstances.”

The Board already has had a year to review the applications, and no construction work can start on temporary or permanent casinos until they’re finished.

“If Rockford, for example, has to wait another six months, now we’re talking about late spring of ’21,” Syverson said. “Then, when that’s approved, we’re looking at up to two years for construction to be done. We’re talking about 2023 before there would even be a casino.”

Complicating matters for the Rockford site specifically is another proposal for a mega-casino just north of the Wisconsin border in Beloit. That plan now has been approved by the Bureau of Indian Affairs and is waiting for a final sign-off by Gov. Tony Evers.

“People start feeling comfortable going to a certain casino,” Syverson said. “They may continue to go in the future. If they’re going to beat us to the punch, that’s a lot of revenue from northern Illinois that’s going to be going up to Beloit.”

Syverson said his focus is on finding a way to get a decision as soon as possible.

“Unfortunately, we can’t get back what we’ve lost now for the last year, but our goal is to see what can we do to shorten this thing up so it doesn’t take six more months and we can get people to work,” Syverson said.

“These are complex entities and the work that goes into processing, vetting, and investigating each applicant is exhaustingly detailed and time-intensive,” Miller said. “The Board will continue to ensure that this process is done in an ethical, independent and transparent manner.”

Did Nadler just come out against the “death tax” — and...