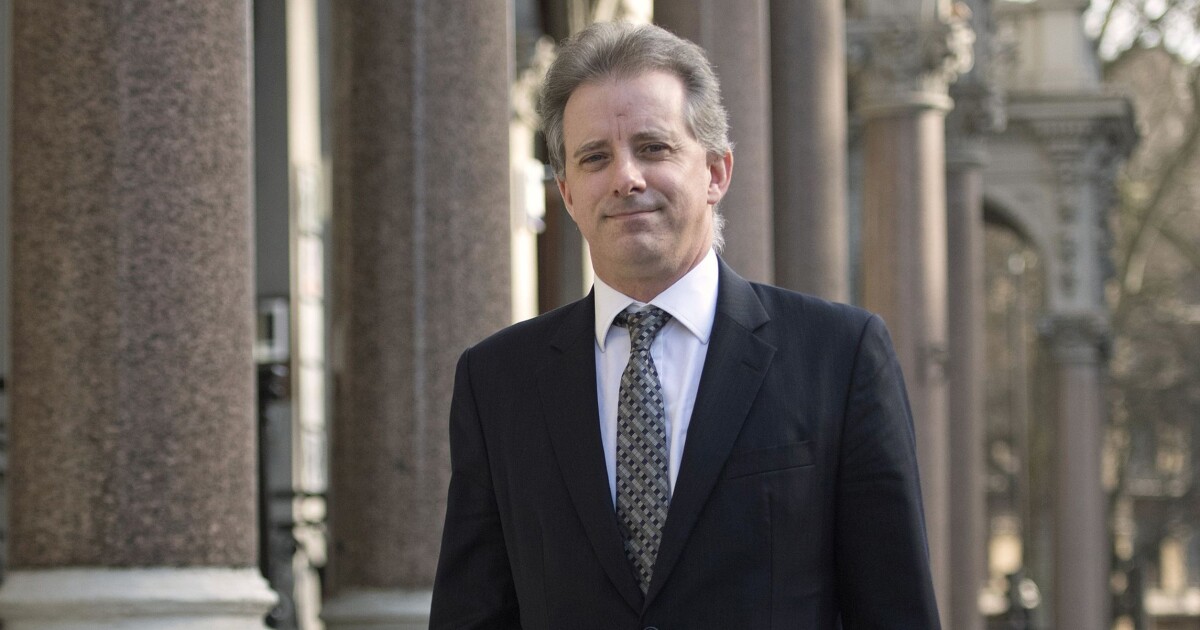 The FBI agent who handled British ex-spy Christopher Steele as a confidential human source for the bureau for years trashed him as “completely untrustworthy” during sworn testimony last year for leaking to the media before the 2016 presidential election.

Michael Gaeta, a longtime FBI agent, known only as “Handling Agent 1” in Justice Department Inspector General Michael Horowitz’s damning December 2019 report on Foreign Intelligence Surveillance Act abuse but identified by name in a variety of news reports, heaped criticism on the former MI6 agent and discredited dossier author according to newly released transcripts from when he spoke behind closed doors with the Senate Judiciary Committee in March 2020.

The Mother Jones article Steele was a source for, published at the end of Oct. 2016, was not Steele’s first leak. Most notably, the bureau insisted to the FISA Court that it didn’t believe the former MI6 agent was a source for a September 2016 Yahoo News story — which contradicted immediate suspicions from now-fired FBI special agent Peter Strzok, who said Steele’s reports should be viewed as attempting to “influence as well as to inform.”

“It told me that he was completely untrustworthy at that point, as a source, and could not be handled and would not be reliable,” Handling Agent 1 said of Steele’s Mother Jones leak. “Not that his information or the intelligence he provided was bad. But that, as a source, I wasn’t going to handle him.”

Handling Agent 1 said he called Steele and, when the British ex-spy admitted he was the source, Handling Agent 1 told the Senate that he told Steele that “this changes everything” and that “you’re not to collect any information on behalf of the FBI.” He said it was “the last conversation I ever had” with Steele.

“I said, ‘Why would you do this?’ His response was … ‘I’m very upset with what your organization did last week’ — something like that,” Handling Agent 1 told the Senate. “He was more upset that that action by Director Comey and, in his eyes, the FBI, in general, would then sway the election.”

Horowitz said Steele’s introduction to Handling Agent 1 was “facilitated” by Bruce Ohr, then chief of the Justice Department’s organized crime section, back in 2010. Handling Agent 1 told Horowitz that Steele began providing information to the bureau related to Russia and FIFA corruption in 2010, and the bureau opened Steele as a confidential human source in October 2013, with Handling Agent 1 beginning service as a legal attaché in Rome starting in 2014.

Handling Agent 1 told Horowitz that he “instructed Steele not to share the information he was providing to the FBI with others except for clients.” But Steele claimed to Horowitz’s team “that he was never a CHS for the FBI.”

Steele met with Handling Agent 1 on July 5, 2016, where he handed over the first couple of reports that would come to form his now-infamous dossier, and Handling Agent 1 put together a meeting between Steele and a number of FBI agents and analysts on Oct. 3, 2016, too. Steele reportedly refused to hand over to now-special counsel John Durham the notes the former MI6 agent took of meetings with the FBI at those meetings, as the Connecticut federal prosecutor scrutinizes whether the bureau improperly disclosed classified information to Steele.

Horowitz’s late 2019 report on the Russia investigation criticized the Justice Department and the FBI for at least 17 “significant errors and omissions” related to the FISA warrants against onetime Trump campaign associate Carter Page and for the bureau’s reliance on Steele’s discredited and Democratic-funded dossier.

Robert Mueller’s special counsel report in 2019 concluded that the Russians interfered in the 2016 election in a “sweeping and systematic fashion” but “did not establish that members of the Trump campaign conspired or coordinated with the Russian government.”

The FBI agent also told the Senate that he spoke with Ohr after the Mother Jones article and told him the bureau was cutting Steele off, and spoke with Ohr one final time after the November 2016 election, telling the Senate that “this is when everything had started to, I guess, break bad” and that Ohr “goes ‘I didn’t realize that when you called me about the article, I didn’t realize the extent of it’ and then he apologizes for introducing me to Christopher Steele.” He said he was “surprised” to learn Ohr continued to act as a back channel for Steele even after the FBI had cut him off.

Declassified footnotes from Horowitz’s report indicate that the bureau became aware that Steele’s dossier may have been compromised by Russian disinformation. Horowitz said that Steele’s main source “contradicted the allegations of a ‘well-developed conspiracy’ in” Steele’s dossier.

“He was endeavoring to try and get us to meet with Oleg Deripaska,” Handling Agent 1 said. “Part of what we did, we, the bureau, was meeting with or setting up meetings and conducting meetings with oligarchs to try and see if they would be cooperative, provide information, help with ongoing investigations or provide any type of intelligence. … And one of the individuals he was trying to set up a meeting with was Deripaska.”

A Senate Intelligence Committee report released in the summer detailed the business relationship Steele had with the Russian oligarch close to Russian President Vladimir Putin, finding that “the Russian government coordinates with and directs Deripaska on many of his influence operations.”

Steele and his company, Orbis Business Intelligence, were working for Deripaska in the lead-up to 2016’s election, helping recover millions of dollars the Russian oligarch claimed former Trump campaign manager Paul Manafort had stolen from him when the Republican operative worked for him. Steele sought help in the money recovery effort from Fusion GPS, which hired Steele to conduct anti-Trump research soon after.

Now That Cuomo Is the Accused, Liberal Outlet Calls for Due...