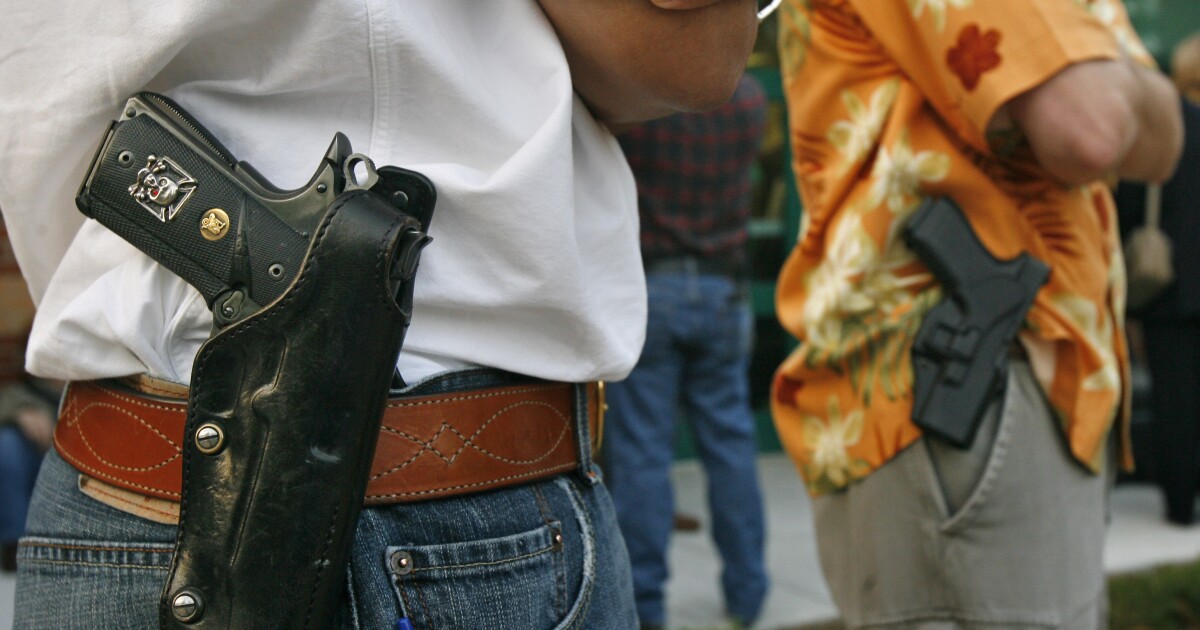 In signing House Bill 2111, Gov. Doug Ducey made Arizona the fifth state to enact a law saying local police may not help the federal government enforce any federal edict that runs afoul of the state’s constitutional protection to bear arms.

Biasiucci said the bill sends the message to “zealous gun-grabbers in Washington” that his state won’t allow them to disarm law-abiding citizens.

Specifically, the law says “this state and all political subdivisions of this state are prohibited from using any personnel or financial resources to enforce, administer, or cooperate with any act, treaty, order, rule, or regulation of the United States Government that is inconsistent with any law of this state regarding the regulation of firearms.”

Supporters of the measures believe they protect federal overreach and activist local government officials from overextending their legal duties while mirroring laws from other states to stop cooperation from federal immigration agents attempting to deport undocumented residents.

Everytown for Gun Safety petitioned Ducey to veto the bill, saying it would “encourage extremists to defy federal gun laws.”

The president has been under pressure from congressional Democrats to ban “AK-47 style concealable weapons” under the National Firearms Act.

“The concealability and ability to use ammunition capable of penetrating body armor make these firearms especially dangerous on our streets and for law enforcement personnel,” they wrote. “We thank you for your commitment to preventing gun violence and urge you to immediately promulgate regulations to cover these concealable assault firearms under the National Firearms Act.”

I Agree GOP Are ‘Lunatics’ — Democrats ‘in the Business of...