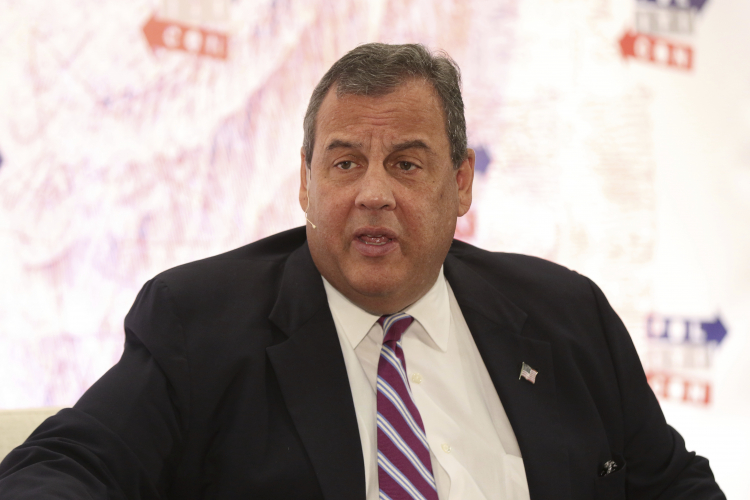 Republicans are bloodied and beaten, and maybe just a little too bashful for their own good. At least, so says Chris Christie.

Knocked back on their heels and forced to answer for every outrageous thing Donald Trump did, said, or tweeted for four years, some among their ranks worry that the Grand Old Party has forgotten how to go for the throat. Making matters worse, the new president is perceived as a nice guy. So how do you fight with Uncle Joe when every jab, even above the belt, is condemned as elder abuse?

Then, added Christie, you realize that everything changed in Washington after the election except the rules: “The American people understand fairness. Right? That's it. They say, ‘Oh, you're just being negative to the president.’ No. No, I'm not being negative to President Biden. I'm holding him to the same standard you all held President Trump to, and if it was fair then, it is sure as heck fair now.”

This was the message Christie delivered to the Republican Study Committee during a packed private lunch at the Capitol Hill Club. The governor has quickly emerged as the preeminent GOP brawler post-Trump, sparring on ABC’s “This Week” each Sunday with anchor George Stephanopoulos and former Chicago Mayor (and Obama chief of staff) Rahm Emanuel. On Wednesday, he was greeted as such by the largest caucus in the new GOP minority.

More than 40 minutes of remarks boiled down to three words of advice: Buck up, already. “They will only fear us when they know we don't fear them,” Christie said of the need to take the fight to Democrats.

The former governor’s theory of the case is that Democrats can’t help but go too far too fast. All Republicans really have to do then is leave the majority to its own devices. “When your opponent is in the midst of committing suicide,” he told the lunchtime crowd, “there is no reason to commit murder. The result is the same.”

And Democrats are moving quickly. Biden already muscled a $1.9 trillion stimulus through Congress on a party line vote. Now House Speaker Nancy Pelosi and Senate Majority Leader Chuck Schumer are preparing to do more of the same with an “infrastructure” package that Republicans complain stretches the definition of the word beyond recognition. While polling shows broad support for the package as written, Christie insisted that overreach was still inevitable. “We’ve seen this playbook,” he told lawmakers, urging patience, “let them overreach.”

He likened the actions of the current Democratic majority to their forebears in 1992 and 2008, who moved too quickly and “gave us back Congress with bigger majorities each time than they sit with today.”

Christie was complaining about the fact that just 1% of the COVID relief bill went to vaccine distribution and that just a little under 6% of the proposed infrastructure package would go to roads and bridges. The spending spree was indefensible, he argued, and voters would begin to question the White House when they learned more about fiscal malfeasance, such as the $630 million stimulus payment that helped San Francisco shore up its deficit. “What's that got to do with COVID, Mr. President?” he asked. Voters would be similarly incensed, he predicted in referencing Congressional Budget Office projections, to learn that just $6 billion of that legislation is earmarked for education spending before October of this year.

True to form, the politician who once went to war with public sector unions reserved particular ire for what he saw as an indefensible carve-out for labor. “What the heck is the ‘care infrastructure?’” he asked, referencing the proposed $400 billion in funding earmarked for home and community-based care. According to the Biden administration, it is money needed to give caregivers a raise, better benefits, and “the ability to collectively bargain.” Christie pointed to the money as evidence that “the Democrats only care if the person in your parents’ house or your grandparents’ house pays union dues.”

It is exactly the kind of thing that “will drive the American people crazy.” All Republicans have to do is make sure the electorate knows about it before heading to the polls for the midterms.

The Republican Study Committee has busied itself with that kind of work. With the GOP not only out of power but struggling with an identity crisis, the group feels a particular sense of urgency. “We are developing the agenda in the post-Trump era,” RSC Chairman Jim Banks told RealClearPolitics, “bringing Republicans back together at a time when we haven't been all that united recently.” This means white papers on policy and information blitzes in the press. It also means holding auditions for potential presidential candidates. Christie hasn’t ruled out a run, but if the former governor harbors White House ambitions, he kept them to himself on Wednesday.

“If we keep fighting amongst ourselves,” he warned, “we are the ones committing suicide, and we can’t have that.” Of course, intraparty fights have been kept to a minimum with the GOP in the minority.

“We can be tough without being crazy,” Christie said, while not mentioning anyone in particular. “We can be tough without being reckless.” But this is easier said than done for the Party of Lincoln, a fact that Christie did not shy away from. Republican problems are partly of their own making, he said with characteristic bluntness: “Everything that is happening today, all the things that are driving us crazy, are because of what happened in January in Georgia.”

If Republicans had “tended to our knitting,” he explained, the newest senators would not be Democrats named Jon Ossoff and Raphael Warnock. “And frankly,” he added, “if my friend had gone down there and talked about Kelly Loeffler and David Perdue, and not about Brian Kemp and Secretary of State Brad Raffensperger, we would be in the majority in the Senate right now.”

There was no need to speculate about the friendship in question. Christie and Donald Trump have been close for 20 years. In 2016, others turned their nose up at the host of “Celebrity Apprentice.” Not the New Jersey political boss. His loyalty earned him trust. But unlike the other acolytes, Christie was not one to hold his tongue when he differed with the 45th president. Wednesday was no exception, and he laid the blame for a lost Senate and a lost White House at the feet of Trump.

“We lost because we were looking in the rearview mirror at what happened on general election day, not what was going to happen on runoff election day,” Christie said in bemoaning the fact that Republicans depressed their own voter turnout. “We were telling them it was rigged, and so they said, ‘Hell, why should I go to a rigged election? My vote’s not gonna matter anyway.’”

Republicans haven’t conducted an autopsy, as they did after Barack Obama won a second term. There is no official document in the basement of the Republican National Committee detailing all the missteps that lost them the presidency. On Wednesday, Christie seemed to say there was no need for that kind of postmortem.

“We didn’t lose the White House because the American people disagree with our ideas and support what [Democrats] are trying to do right now,” he admitted. “We know why we lost. We know why we lost, and so does President Trump.”

And then Christie glimpsed briefly in the rearview mirror. “I told the president 131 days out,” he recalled, “if you don’t knock off some of this crazy stuff, your behavior is going to obscure your accomplishments. And if this becomes an election for student council president, we don’t win because he doesn’t offend anybody as a category.”

Trump did not listen. Uncle Joe, the nice guy, won. And now Republicans are struggling to combat the president they couldn’t define as a candidate. The Christie prescription is to call out the new White House on the details of policy, to apply the Trump-era rules to the Biden presidency and “make this a four-year mistake.”

This is possible, he insisted, if the GOP adopts “a strong, consistent message of strength without recklessness.” Winning back the House in 2022 is possible. Maybe even the Senate too. Christie told the Republicans gathered Wednesday that they can win back the voters they lost “with the broader, working-class base the president helped us develop.”

Banks has authored a memo on how to do exactly that, arguing that Trump had given Republicans “a political gift: we are now the party supported by most working-class voters. The question is whether Republicans reject that gift or unwrap it and permanently become the Party of the Working Class.” The RSC chairman handed a copy of that blueprint to Minority Leader Kevin McCarthy earlier this month.