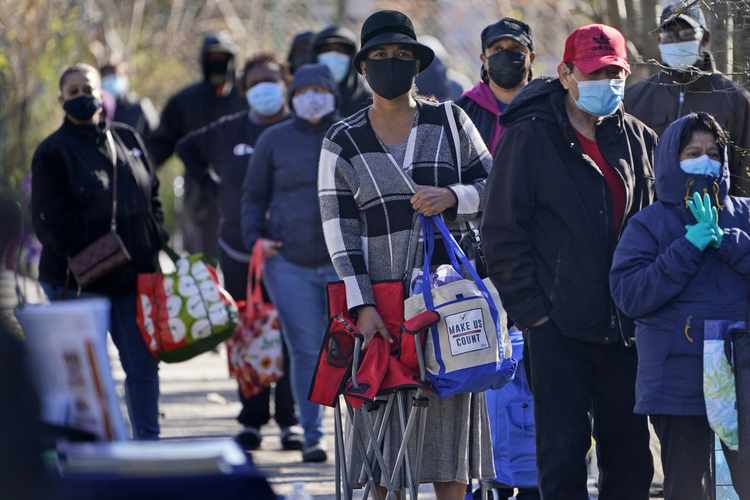 Say what you will about 2020, but it’s undoubtedly a time of reinvention. As an election collides with a pandemic, protests, and riots, it would be easy to summarize it all as chaos. But any keen observer — or “Game of Thrones” fan knows — chaos isn’t always a pit. Sometimes, it’s a ladder.

So, the question is: Which decaying institutions or dead ideas should we discard, and which should we reinvigorate? America’s welfare state jumps off the page. The pandemic has revealed just how rigid and costly our complex web of public housing, food stamps, Medicaid, and cash welfare programs have become. But every year, in good times and bad, we pump hundreds of billions of dollars into them.

The trillions of dollars spent over the decades have bought us increased dependency, less work, distorted markets, greater costs, and painfully slow progress in lowering our national poverty rate. But this is a time of reinvention — the perfect time to return power to the states.

After decades of centralization, Washington now collects funds, pools it into silos of cash for programs like Medicaid, food stamps, and public housing, and redistributes it to states and localities based on separate funding formulas. Those strict silos stand in the way of common sense.

In New York, there might be an appetite to spend billions more on public housing as left-leaning residents demand solutions to unaffordable rents. But why should Ohio’s elected officials be forced to do the same thing? If civic leaders in Columbus wanted to shift half of the state’s federal housing money into job training for former manufacturing workers and the other half into more generous Medicaid benefits or cash payments for disabled Ohioans, they couldn’t.

The states — once upon a time our famous laboratories of democracy — have become third-grade science projects under the hand of our overprotective “parent” federal government. Thinking big or even just differently has been banned. It’s time to throw out the old playbook. We should allow each state to craft its own anti-poverty programs with its existing share of federal funds and find out, once and for all, what approaches are most effective in providing security and aid to the truly needy.

So, the even bigger question: If given this chance, what should states that don’t want to double-down on the status quo actually do? For decades, conservatives have limited themselves to only those reforms politically tenable within the current system: implementing work requirements and market-based reforms where possible on the margins.

But places like Ohio, Tennessee, and Texas could take an entirely different approach. They could draw a line in the sand and stop welfare payments — except short-term unemployment — for working-age, able-bodied adults. For millions of Americans, a cycle of dependency and poverty would stop as community engagement would begin. Of equal importance, states could increase their support to the truly needy.

And families need flexibility too. The same program-by-program bureaucracy and siloed benefits that strangle states make life harder for needy Americans. And a similar solution exists for the same problem.

The best approach for the truly needy — from poor children to individuals with disabilities — would be to empower their families. Their benefits should take the form of lump-sum direct cash payments and insurance premium supports. They can better prioritize their necessities than the government. Needy families should be able to use their benefits to increase their purchasing power for higher-quality health insurance, food, and housing in the private market.

Americans would benefit far more from a real debate about the right approach in each state than living in fear of one set of values taking over the entire country. Life outside of Lubbock is very different from life in Brooklyn Heights. If our policy diversity fails to reflect our country’s cultural diversity, the chaos will simply continue.

If the left wants to build back better, a one-size-fits-all approach won’t cut it. And if the right hopes to make America great again, they should let states be themselves again.

Scott Centorino is a policy fellow at the Foundation for Government Accountability.