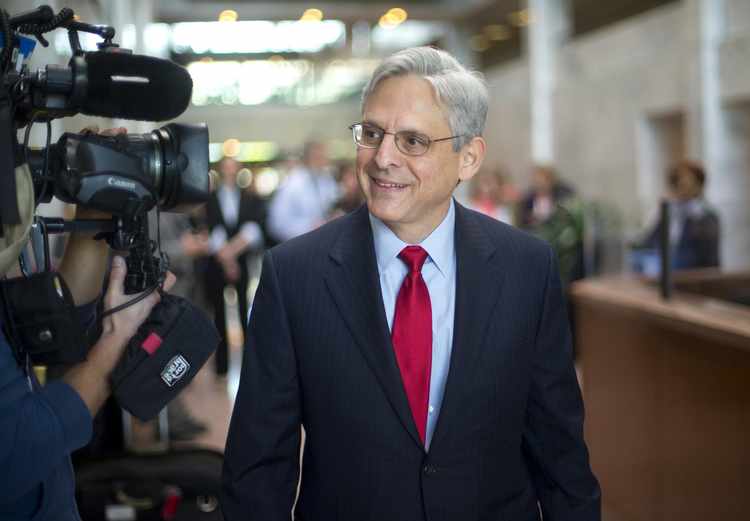 President-elect Joe Biden has apparently narrowed his list of attorney general candidates to two men, Merrick Garland and Doug Jones, both of whom are widely respected and longtime legal hands who could sail through the confirmation process even if the Senate remains in GOP hands come January.

Both are white males, however, and the choice of either Garland or Jones won’t appease demands from some quarters that Biden tap former Massachusetts Gov. Deval Patrick or another African American to become the new administration’s top law enforcement official, an especially critical post in light of Biden’s pledge to restore public trust in the Justice Department and address racial inequities.

Yet either Garland, 68, or Jones, 66, would bring to the job long and distinguished careers serving in multiple levels of the country’s justice system, as well as bipartisan backing.

While serving as federal prosecutors, both men took on some of the nation’s most racially sensitive and high-profile cases. Jones, an Alabama Democrat who served two years in the Senate before losing his reelection bid last month, prosecuted and convicted two Ku Klux Klan members for their role in an infamous 1963 bombing at a Birmingham church that killed four African American girls and injured numerous other people, some grievously. Jones revisited the case in the mid-1990s when new evidence came to light. The Rev. Martin Luther King described it as “one of the most vicious and tragic crimes ever perpetrated against humanity.” His views were widely shared: The bombing of the 16th Street Baptist Church marked a turning point in the civil rights movement, drawing international attention to the struggle.

Garland, while a Justice Department official in the mid-1990s, prosecuted the deadliest act of domestic terrorism in U.S. history, the bombing of the Alfred P. Murrah Federal Building Oklahoma City, an attack that killed 168 people, including 19 children in a ground-floor day care center.

The second-ranking prosecutor in the Justice Department’s criminal division at the time, Garland within days was in Oklahoma where he personally oversaw the investigation. Most Americans would not see his name pop up in media reports again until President Obama nominated him to serve on the Supreme Court in 2016. Republicans blocked the nomination, not because of anything they had against Garland, but because they were in the majority and could delay any high court appointment until after that year’s presidential election — in hopes that a GOP winner would nominate a conservative.

Though both prosecutions took place decades ago, Jones and Garland say the experience of navigating the difficult legal terrain, along with the 24-hour media spotlight, served as defining moments for them.

“We promised that we would find the perpetrators, that we would bring them to justice, and that we would do it in a way that honored the Constitution,” Garland said during the Rose Garden ceremony at which Obama announced his Supreme Court nomination.

Jamie Gorelick, who served as deputy attorney general and Garland’s boss at the time, recalled just how committed he was to the case. “Both of us had kids about the ages of the kids in the day care center,” Gorelick told NPR after Obama nominated his former colleague. “We were just sick to our stomachs. And Merrick said, ‘I need to go.’”

When Jones won his Senate race in 2017 — taking the seat of newly appointed AG Jeff Sessions — he celebrated that victory but still cited the Birmingham bombing as his greatest accomplishment. “I may have the honor of serving Alabama as your senator, but the most important thing I have done is prosecuting those Klansmen who killed 4 little girls at 16th St Baptist church,” he tweeted.

Jones has testified before Congress about the need to reexamine civil rights-era crimes and wrote a book, “Bending Toward Justice: The Birmingham Church Bombing That Changed the Course of Civil Rights,” about the history of the bombing and his role in the prosecution.

Guy Lewis got to know Jones from the time when both served as U.S. attorneys during the tail end of the Clinton administration.

“He has an extraordinary reputation in pursuing legislation and racial justice issues and himself prosecuted probably one of the most important civil rights cases in recent history,” Lewis told RealClearPolitics. “It demonstrates an important part of the coalition who supported Joe Biden — people who not only talk the talk but walk the walk.”

Jones’ service as a U.S. attorney, the chief law enforcement official for one of the nation’s various districts, gives him the gritty legal and political experience invaluable for a top Justice Department role, Lewis said.

In overheated partisan Washington these days, however, the slightest hiccup can derail a nomination. With the Georgia Senate runoffs waiting to be decided, it’s unclear if Republicans or Democrats will control the confirmation process next year. Biden could wait until after those contests to announce his choice, but wants to make the AG selection next week before Washington shuts down for the holidays, according to sources familiar with transition deliberations.

Garland and Jones are both viewed as centrists that most Senate Republicans would have a hard time opposing, which seems to have kept them in the running despite carping from Al Sharpton and others.

If Biden desires a loyalist attorney general on the model of President Obama’s self-described “wing man” Eric Holder, Jones could have an advantage. He and Biden have a close relationship dating back to 1978 when Biden had a speaking engagement at Samford University’s law school and met Jones, then a student there. Jones then went to work with Biden on the Senate Judiciary Committee and even served as an Alabama co-chair of Biden’s unsuccessful 1988 presidential bid. This past presidential cycle, Jones chaired the Democratic nominee’s Alabama presidential campaign.

On the other hand, Biden has pledged to restore independence at the Justice Department and rebuild morale, a tricky goal if one picks a crony to head it – a goal made even dicier considering that his son’s taxes and lucrative roles in China and Ukraine are under investigation by prosecutors at the same agency.

If Biden truly wants to project independence, installing a longtime friend and partisan isn’t the right approach, several veterans of the Justice Department argue. Nick Akerman, a former federal prosecutor involved in Nixon-era prosecutions, says that presidents too often choose their first attorney general for “purely political reasons” and then try to install a new one later on when they run into a public perception problem with a scandal or investigation that is viewed as politically motivated.

“All of a sudden, everybody starts to look for the most qualified person who is above reproach,” he told RCP. “Why not do that right now, after all we’ve been through?”

Akerman, a partner in the law firm of Dorsey & Whitney, suggested someone in the mold of Archibald Cox, who served as the special prosecutor during the Watergate scandal. Others also suggested other Watergate-era figures as templates, including Edward Levi, the top law enforcement official in the Ford administration. Levi is often cited as “the model of a modern attorney general” and was credited with restoring order at the DOJ after Watergate.

Stuart Gerson, a member of George H.W. Bush transition who served as the acting attorney general during the early months of the Clinton administration, sees a lot of the same characteristics Levi displayed in Garland’s long and distinguished career.

“Garland has the experience, stature and earned respect that, should the President-elect select him to be attorney general, would enable him to serve in the manner that Edward Levi served after the Watergate events that upset DOJ much in the manner that the Trump has brought about,” Gerson said in an email to RCP.

“By restoring respect for the rule of law both inside and outside the building, Judge Garland would be well equipped to reposition the Department as the lawyers for the people rather than as the personal counsel for an autocratic president,” he added.

It's Time to Stand Up Against the Muzzling of America