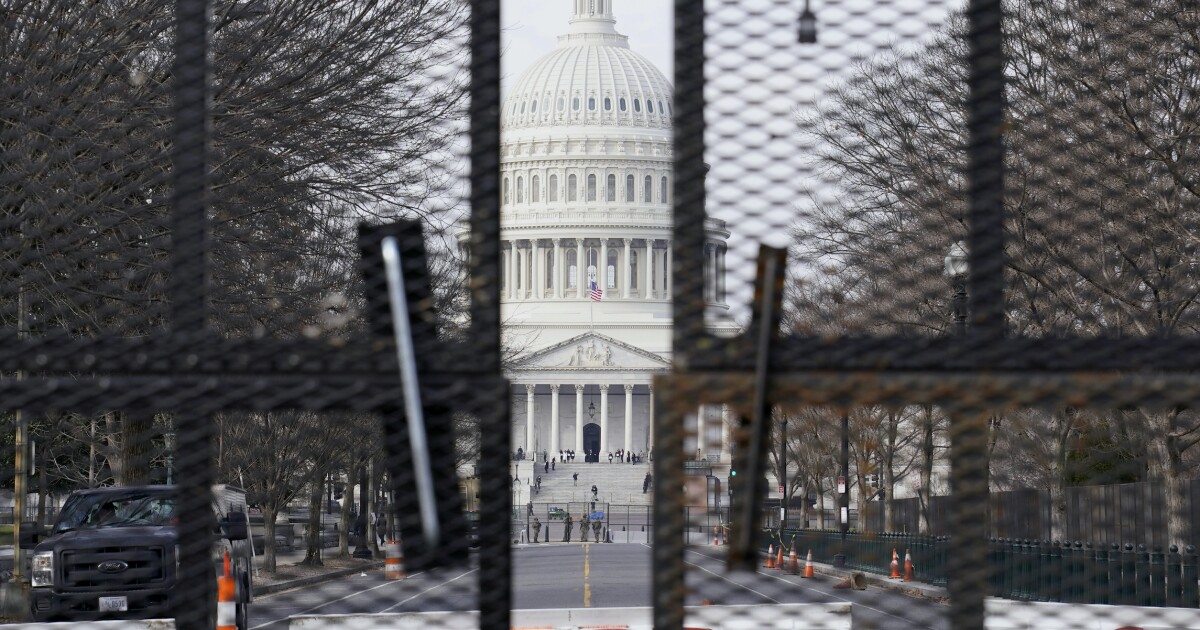 Questioning of the legitimacy of the 2020 election between President Trump and President-elect Joe Biden “precipitated” the storming of the U.S. Capitol earlier this month, according to former Attorney General William Barr.

In his first interview since the deadly siege of Congress, Barr was asked by the United Kingdom’s ITV News global security editor Rohit Kachroo whether he thought that “perhaps the debate about the integrity of the election was the final straw.”

“I think that that was the thing that precipitated the riots on the Hill. Now, I think it’s always important to remember that most people are exercising their First Amendment rights, but there’s a substantial group, obviously, that went far beyond that and broke into the Capitol and tried to interfere with the proceedings, and that’s unacceptable,” Barr said. “I’m sad to see, but not surprised in a way to see, the kind of violence we saw on Capitol Hill. I consider it despicable, and I was not attorney general — I had already left office when that occurred — but I felt that they should move very quickly to disperse that crowd, regardless of which side of the political spectrum is involved, we just cannot tolerate violence interfering with the processes of government.”

Trump spent weeks claiming the election had been stolen from him by Biden. The Democratic-led House voted last week to impeach Trump, with the article of impeachment accusing him of inciting an insurrection in connection to rioters breaching the U.S. Capitol as lawmakers counted electoral votes.

“I’ll leave it to the people who are looking into the genesis of this to say whether incitement was involved. I don’t know if I’d use the word ‘inevitable,’ but I think that when you start suppressing free speech, when people lose confidence in the media, and also when they lose faith in the integrity of elections, you’re going to have some people resort to violence,” Barr said in the interview.

Barr, who departed the Trump administration just before Christmas, issued a scathing statement about Trump's behavior the day after the Capitol siege. “Orchestrating a mob to pressure Congress is inexcusable,” Barr said . “The President's conduct yesterday was a betrayal of his office and supporters.”

Before the ITV News interview came out, Axios reported on Monday that Barr told Trump on Dec. 1 that the major election fraud allegations leveled by Trump allies were “just bulls—.”

During the discussion in the private dining room right next to the Oval Office, Barr reportedly said that Trump’s legal team — apparently referring to people such as Rudy Giuliani and Sidney Powell — was “clownish.” The report said Barr told Trump that the Justice Department had looked into claims of widespread voter fraud and told the president that “these things aren’t panning out” and that “the stuff that these people are filling your ear with just isn’t true.” Barr reportedly added: ”I’m a pretty informed legal observer, and I can't f—— figure out what the theory is here. It's just scattershot.”

Barr was a harsh critic of the Trump-Russia investigations, but he rejected calls to appoint special counsels to investigate either Hunter Biden or allegations of voter fraud.

“To date, we have not seen fraud on a scale that could have affected a different outcome in the election,” Barr told the Associated Press the same day he met with Trump. He also shot down allegations that millions of votes were flipped from Trump to Biden by voting machines nationwide. “The DHS and DOJ have looked into that, and so far, we haven’t seen anything to substantiate that.”

During his final Justice Department press conference a few days before Christmas, Barr repeated his assertion that he had not seen evidence of enough fraud to change the outcome.

“Let me just say that there is fraud, unfortunately, in most elections, and we are too tolerant of it, but I was commenting on the extent to which we have looked at suggestions or allegations of systemic or broad-based fraud that would affect the outcome of the election, and I’ve already spoken to that, and I stand by that statement,” Barr said, adding, “if I thought a special counsel at this stage was the right tool and was appropriate, I would name one, but I haven’t, and I’m not going to.”

In the interview published on Monday, Barr recounted: “I said in my confirmation hearings that one of the things I was concerned about was the emergence of violence in the political process — it was just starting, you know, people attacking people wearing Trump hats, things like that.” Barr added: “You had the Proud Boys, who were on the Right, fighting the antifa, who was on the Left, and I said that I was very worried about the emergence of violence and we had to have zero tolerance for it.”