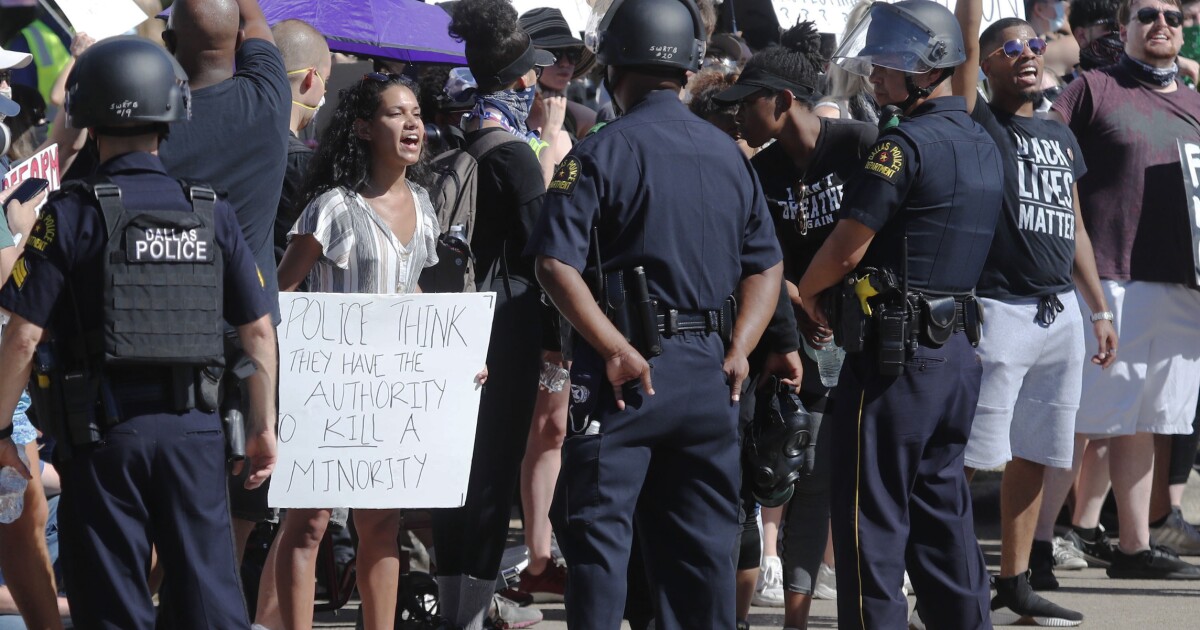 Gov. Greg Abbott on Wednesday directed the Texas Department of Public Safety to provide direct support to the Dallas Police Department in its efforts to reduce violent crime and protect the city.

State troopers are being sent into Dallas in response to a spike in violent crime, just hours after Dallas Mayor Eric Johnson held a news conference outside of City Hall. He said, the city is “well beyond the time for more active police intervention.”

Earlier this week, Dallas Police Chief Reneé Hall said she was sending more officers to high-crime areas to deal with violent offenses, but Johnson said this should have been done months ago.

“We are long overdue for a full-court press,” Johnson said.

Critics asked why this wasn’t done last year – in 2019 alone, the number of murders committed in Dallas spiked to the highest level in more than a decade. More than 200 homicides had been committed in Dallas by the end of 2019, a record high since 2007. In May alone, 40 people were killed.

According to Neighborhood Scout, Dallas’ violent crime rate is one of the highest in the nation, across communities of all sizes (both large and small). Violent offenses include rape, murder and non-negligent manslaughter, armed robbery, and aggravated assault, including assault with a deadly weapon.

The Dallas Morning News reports that the causes for the violent crime are “complex and span the spectrum of societal issues: domestic violence, poverty and disinvestment, gangs and access to guns that can make a confrontation lethal. Other factors could be repeat offenders caught in a cycle of recidivism, or the number of patrol officers on the beat.”

But the recent uptick in violence has been attributed to a deadly incident that occurred last week when a Dallas rapper was shot and killed on a busy highway. The DPD confirmed that a number of the crimes committed after his murder were believed to be part of a pattern involving rappers from Dallas.

The DPS is deploying multiple resources to Dallas, Abbott’s office said. DPS special agents and state troopers are arriving to support DPS gang and drug investigative operations, in addition to a team of DPS intelligence analysts. The state is providing two helicopters and two patrol planes to provide direct air support. And a team of Texas Rangers is being sent to support DPD homicide investigations.

Additional resources will be made available should they be requested by DPD, Abbott’s office said.

“The rise in violent crime in the city of Dallas is unacceptable, and the Texas Department of Public Safety will assist the Dallas Police Department in their efforts to protect the community and reduce this surge in crime,” Abbott said in a statement. “Every Texan deserves to feel safe in their own community, and the state of Texas will continue to provide the city of Dallas with the resources they need to crack down on this heinous activity and protect Dallas residents.”

According to a report from the Major Cities Chiefs Association on the 10 largest cities, Dallas had a higher increase in violent crime in 2019 than Houston or San Antonio.