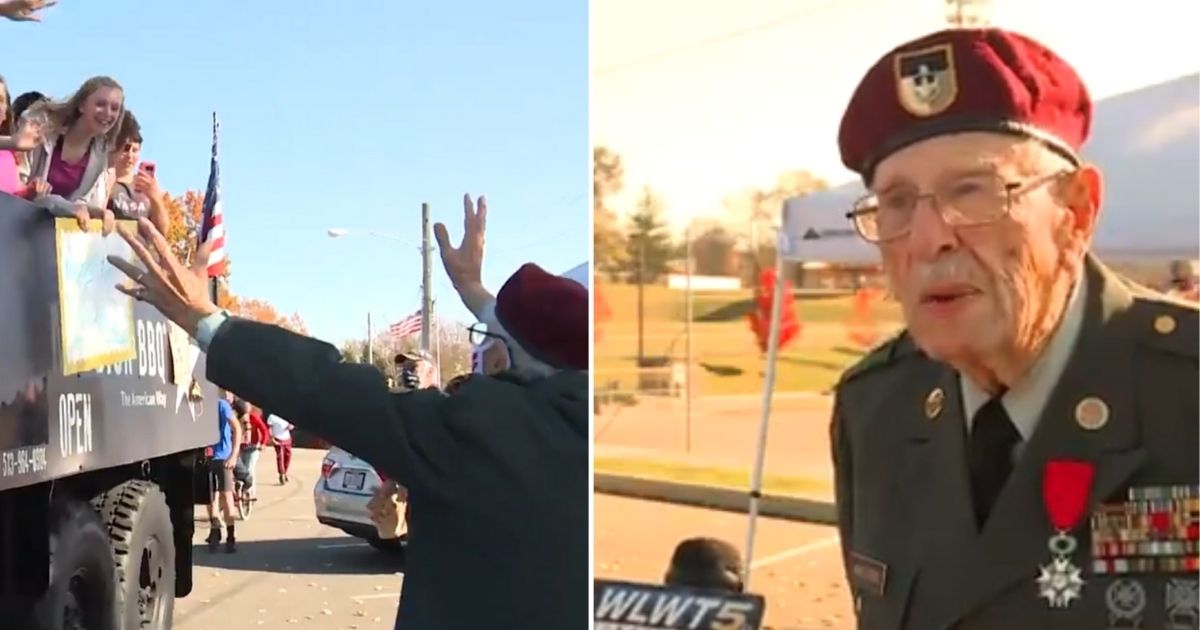 He was just 16 and a high school student in Northern Kentucky on Dec. 7, 1941, and from that day forward he was adamant that he would join up as soon as he was able.

“I was turned away because I was too young and I didn’t have parental consent,” he told The Enquirer in 2016. “My mother was a single mother with three children and she relied on me to help support the family.”

As soon as he was 18 he enlisted, even though he had six months left of high school. His priorities were in the Army, and he would get a difficult education through it.

Armstrong fought in the European theater during World War II, and was part of the group that freed the Austrian Gunskirchen Lager concentration camp. He recalled that he and his fellow soldiers could smell the camp even when they were two or three miles off.

“It was like something you’d never dream you’d see in your life,” he said. “The men were skin and bones and many were covered with lice. We gave them all the food and water we had.”

In more recent years, he’s been able to meet three of the men he helped liberate that day, a rare honor.

With that settled, he made what some would consider a curious decision: He went for round two with the Army.

During his military days, he was involved with both the Korean and Vietnam Wars. He finally stepped away from the Army in 1984, having served a total of 41 years.

He has been awarded many medals, including the U.S. Army Commendation Medal, the World War II Victor Medal, the Army Good Conduct Medal and the European-African-Middle Eastern Campaign Medal with two bronze combat stars. Most recently, in March 2016, he was recognized by France with the title Knight of the Legion of Honor.

“I was thrilled to death,” he said of the honor. “I never thought I’d get anything like it. It’s just a great honor.”

For a man who has lived to serve, it’s no wonder that a surprise was in the works to honor the veteran’s career and life in the form of a parade to celebrate his 96th birthday, which was on Saturday.

Video from the event shows a decked-out Armstrong wearing an appropriately patriotic mask as a line of neighbors and families in cars and first responder vehicles pass by.

Armstrong and his wife had been having a rough go of it lately, and the parade was a real pick-me-up.

In the video, he gets emotional as he speaks about realizing just how many friends he has.

“You don’t realize how many friends you have until something like this happens, and my wife has been very ill and we find out we got more friends than we thought we had.”

“Oh this is a huge surprise, and a big privilege,” he says, getting choked up.

“I’ve got so many friends. You don’t realize how many friends you have until something like this happens.

“And my wife has been very ill and we find out we’ve got more friends than we thought we had, and it’s just a privilege to see all these people here.”

I Agree GOP Are ‘Lunatics’ — Democrats ‘in the Business of...