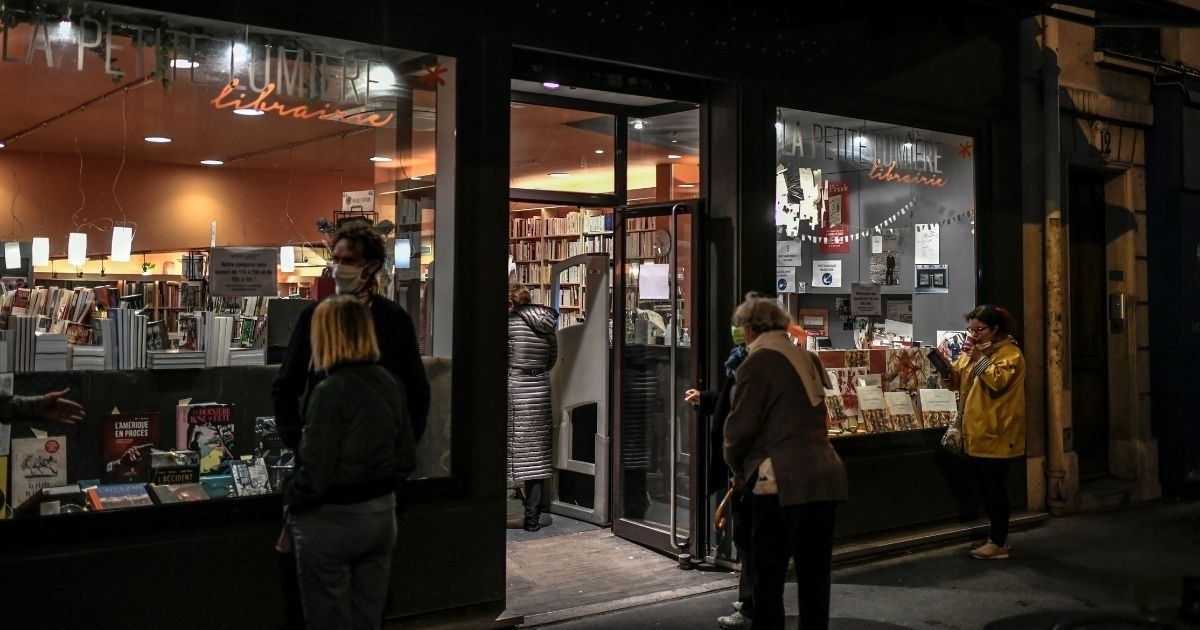 Canada isn’t exactly the country you’d expect to be ground zero for a mask kerfuffle. Sure, they have their Karens and their mask refuseniks, but they’re, you know, Canadians.

Niceness will go only so far when you’re dealing with draconian inflexibility, however — particularly when a woman who can’t put on her own mask is denied entry into a bookstore.

Elisabeth Walker-Young, 43, is a retired Canadian Paralympic swimmer who was born without hands. According to Canada’s Global News, she has some fingers at the end of her arms but cannot put on a mask by herself.

The four-time Paralympian is an Order of Canada recipient. She’s a member of the Canadian Disability Hall of Fame. She was the chef de mission — the individual in charge of a national team at an international event — for Canada at the 2015 Parapan American Games.

“Elisabeth Walker-Young embodies excellence both in and beyond competition. As a decorated Paralympic swimmer, she broke numerous national and world records over the course of her career,” the office of the Governor General of Canada proclaimed when she was invested with the Order of Canada in 2019.

“In her retirement, she champions inclusive sport across the country as an advocate and mentor and speaks to varied audiences about inclusion, acceptance and authentic leadership. As chef de mission at the 2015 Toronto Parapan Am Games, she led Team Canada with distinction and brought national visibility to the Paralympic movement.”

But she can’t get into a bookstore on her own because she can’t put on her mask. And not only that, the bookstore is fine with this.

According to the Global News story Monday, Walker-Young tried to enter a location of the Indigo chain of bookstores at Broadway and Granville in Vancouver when she was stopped because she couldn’t put on her face covering.

Do you believe in mask mandates?

“When I am out with my daughter or my husband, they will help me put on a mask,” she said. “But when I am out in the world independently, I just can’t do it.”

And despite this, she was denied entry.

“It’s just not fair. I am not an anti-masker,” she said. “I actually don’t go out often because I am trying not to make people feel uncomfortable, which is an awful way to navigate the world.”

Indigo is to Canada what Barnes and Noble is to the United States. It’s the country’s largest book retailer, with superstores that involve, according to The New York Times, “hulking retail spaces stocking 100,000 titles.”

Pictures of the store in question make it seem hulking enough — which means, of course, that one person who wasn’t wearing a mask because of a congenital disability that precluded them from putting it on wasn’t putting a store at risk.

RELATED: NYT Floats Idea That Elderly Are Too White To Get Vaccine First

Nevertheless, she was turned away.

Walker-Young is the most famous individual in several high-profile cases in which people who would have had mask exemptions in a sane world were turned away from Indigo stores across Canada.

Andrew Chiao, a 12-year-old boy who has autism, was turned away with his mother from an Indigo location in Burnaby, British Columbia, on Nov. 22.

Tina Chiao says her child not only has autism, but a sensory processing disorder in which wearing any kind of personal protective equipment leads to behavioral problems.

“He doesn’t read or write. He doesn’t have the ability to use a computer. He doesn’t understand the concept of online shopping,” Chiao told Global News.

However, after Tina presented staff with a pediatrician’s note explaining why her child couldn’t wear a mask, the two were turned away anyhow.

“It was really unfortunate and made us very angry about the situation,” she said.

In British Columbia, all individuals must wear masks in indoor public spaces — unless they can’t wear them because of behavioral, physical, psychological or other health conditions.

This doesn’t seem to have been a problem for Chiao, however.

“We have been in other public settings, grocery stores, transit — and everyone has been really accommodating of Andrew’s extra needs,” Chiao said.

“I think people with disabilities are being disproportionately impacted by the pandemic, and you have a group of people who are already excluded and now they are being further excluded.”

Indigo doesn’t seem to care, since the company is standing by its policy.

“In making the decision to update our mask policy, we’ve been mindful of our legal obligations, especially those relating to customer human rights. At Indigo, we deeply respect the rights and distinct needs of each of our customers,” an email to Global News read.

“While we understand that access to our store may be more limited during the COVID-19 pandemic, we are dedicated to serving our customers and are confident that the reasonable accommodations we offer can ensure your continued access to Indigo’s services and products.”

There’s one exception — in Quebec, after a mother and her 8-year-old  son who has autism were turned away, store policies were changed. Not because of any sudden wellspring of reason, however: Laws in Quebec state that no child under 10 can be forced to wear a mask.

So, in essence, COVID-19 has turned Canada into the opposite of our stereotype of the country.

Sure, I’m guessing there are plenty of Canadians who are surly and sarcastic, who don’t drink their coffee at Tim Horton’s and prefer baseball to hockey. However, one thing the country seemed to prize was a spirit of accommodation. They weren’t the rancorous Americans down south.

And yet, in Canada’s largest bookstore chain — with its cavernous stores where social distancing is hardly difficult — a former Paralympian and Order of Canada recipient without hands and a child with autism and a sensory disorder can’t get into a bookseller because of the ugliest kind of Nurse Ratched-esque rules-obsessed rigidity.

Indigo has survived and thrived in the era of Amazon, surprisingly. Hopefully, our neighbors to the north have some vestigial affability left.