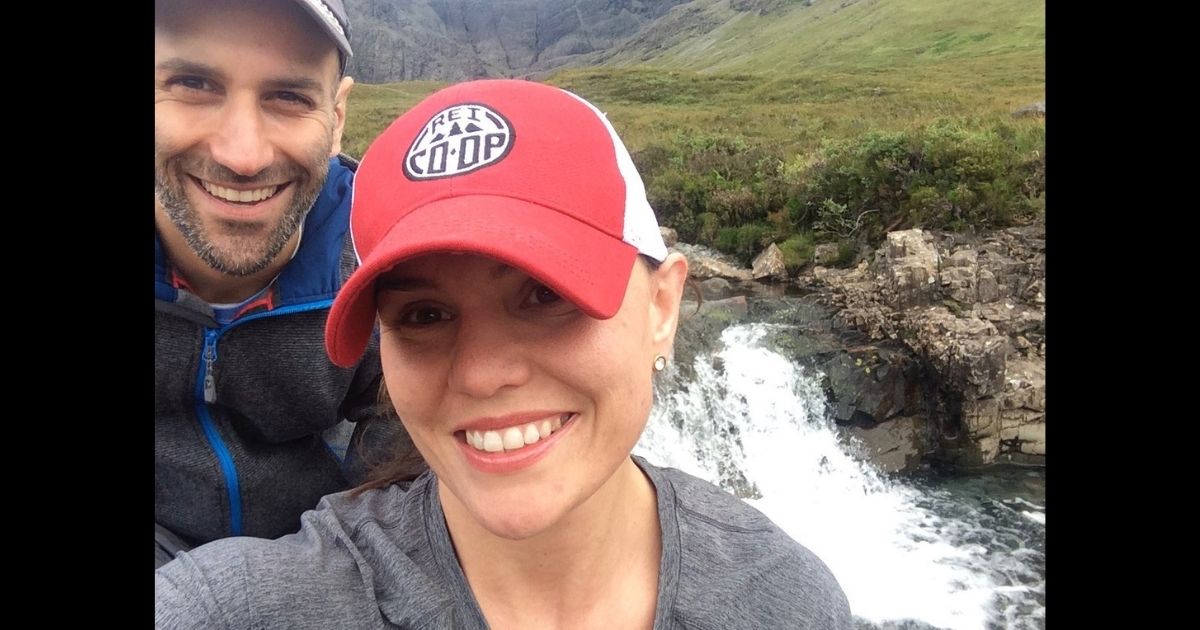 In 2016, 34-year-old Laura Levis from Massachusetts was experiencing a serious asthma attack. She’d made her way to a hospital, but once she arrived, she had a hard time finding the emergency room.

She couldn’t get in. The door she found was locked. She died, alone and on the phone with 911, steps away from the entrance. A senseless tragedy.

According to her husband, Peter DeMarco, the hospital initially claimed she’d died in the parking lot or on a nearby street on her way to them, but as the details settled, he learned she’d been right next to the correct entrance — only adding insult to injury.

Though he’d lost his wife, DeMarco was determined that no one else would lose their loved one for the same reason. He channeled his energy into a bill that would require clear signage for emergency rooms in Massachusetts, People reported.

“Of all the mistakes that contributed to Laura’s death, perhaps most glaring was how the hospital lacked a simple, emergency-room sign above any door,” DeMarco wrote for WBUR-FM.

“Confused by this, Laura tried the wrong door, which was locked. Her attack overcame her before she could make it to the right door.”

The ask was sensible — but as beneficial as it seemed, there was no guarantee the bill would even get voted on.

“Laura’s Law would make every emergency-room entrance in Massachusetts easy to find and get inside by establishing first-ever standards for signage, lighting and the security monitoring of doors,” DeMarco explained.

“It was a straight-forward piece of legislation that was bound to save someone’s life, but unfortunately, that wasn’t enough.”

Because of the COVID-19 pandemic, the fact that the bill wasn’t seen as terribly high-profile and various other factors, the bill had only a 50 percent chance of even getting to a vote.

“I wrote ‘Losing Laura’ two years ago for the Boston Globe so that no one else would ever die as my wife did,” DeMarco said. “There wasn’t a chance I would give up.”

So DeMarco reached out to family, friends and acquaintances in every circle he passed through to ask for their voices. And they responded.

Hundreds of people called and wrote in, and the bill garnered enough support to make it on the state House floor — where it was passed unanimously.

“It was the victory I’d fought so hard for, but, of course, it was bittersweet,” he said. “Laura is gone. After some tears, I just felt relieved that the journey was over.”

Governor Baker called. He’s signing Laura’s Law in a small ceremony Friday in the Great Hall but bc of Covid just 10 people are allowed. But I’ll be there as will my parents & Laura’s niece, Amber. Big day 💜 @BostonGlobe @BostonGlobeMag @MassGovernor @senjehlen @Barber4StateRep pic.twitter.com/8GTBZ7SZNy

On Friday, Laura’s Law was signed in the presence of some of her greatest supporters.

“Governor Baker called,” DeMarco tweeted Wednesday. “He’s signing Laura’s Law in a small ceremony Friday in the Great Hall but bc of Covid just 10 people are allowed. But I’ll be there as will my parents & Laura’s niece, Amber. Big day.”

Perhaps other states and hospitals will take a cue from Laura’s story and the bill that bears her name and make sure that emergency rooms are as visible as they can be.

Orlando is awesome — but not as nice as Cancun

Ted Cruz gets Trump treatment at CPAC: ‘Love you, Teddy!’