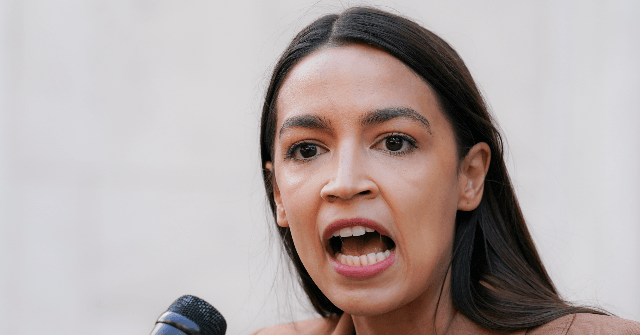 Rep. Alexandria Ocasio-Cortez (D-NY) reacted to the results of the Georgia Senate runoffs — with Raphael Warnock defeating incumbent Republican Sen. Kelly Loeffler (R-GA) and Jon Ossoff defeating Sen. David Perdue (R-GA) — by previewing a few of the key items Democrats hope to “push” with control of the House, Senate, and White House, including the pursuit of “climate justice” and “voting rights.”

What policies do you most want to PUSH for? ⤵️

Ossoff ultimately garnered 50.4 percent of the vote compared to 49.6 percent for Perdue, according to the Associated Press.

Ossoff’s win splits the Senate but ultimately tips the scales in the Democrats’ favor, as the party in control of the White House will determine the direction of the Senate. With a Biden administration, Democrats will have the advantage in the Senate, controlling both chambers.

However, Perdue initially said he refused to concede, with his campaign promising to “mobilize every available resource and exhaust every legal recourse to ensure all legally cast ballots are properly counted.”

Although the race between Loeffler and Warnock has been called in the Democrat challenger’s favor, Loeffler described it as a “game of inches.

“It’s worth it for this election to last into tomorrow. We’re gonna make sure every vote is counted. Every legal vote will be counted. And I’m not gonna stop working,” Loeffler promised.

She reversed her pledge to challenge the electoral votes on Wednesday following chaos descending upon the U.S. Capitol.