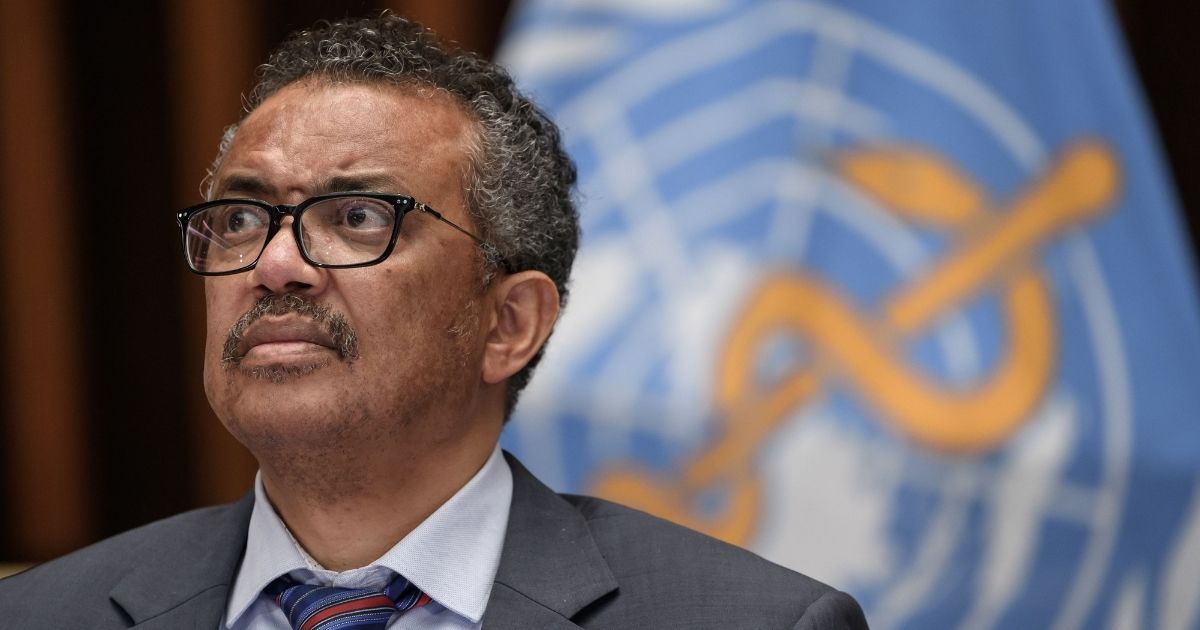 The World Health Organization once again has been busted stepping up to bat for the People’s Republic of China with a blacklist that affected people from every country in the world.

This most recent discovery only solidifies the WHO’s reputation as a group seemingly dedicated to supporting communist China’s global ambitions.

The blacklist came to light Thursday during a meeting of the WHO’s decision-making body, the World Health Assembly.

According to Taiwan News, social media users watching the proceedings through a Facebook livestream soon discovered that the word “Taiwan” was blocked by the WHO account broadcasting the meeting.

“China virus,” “Wuhan virus” and other terms were also blocked by the page.

Anyone trying to post comments with blocked terms, regardless of national origin, was prevented from doing so by the automatic page feature. The error message given by Facebook can be seen in the tweet below.

Multiple sources, including myself, found that @WHO’s official Facebook account seems to have blocked any comment containing the word “#Taiwan” o go through. What is this deal? Censorship? pic.twitter.com/p9BNKOeZv5

Users from Taiwan, formally known as the Republic of China, are no strangers to communist-controlled conversations, and many quickly worked out ways around the censors.

Is the World Health Organization censoring conversations for China?

Workarounds ranged from spacing the letters to stacking Chinese characters, all of which seemed to defeat the blacklist filter.

However, it appears the WHO had censors actively working in the comments section.

The blacklist grew as those managing the page and its livestream fought to stem the tide of pro-Taiwan comments pouring in.

Hsiao Bi-khim, Taiwanese representative to the United States, addressed the situation in a tweet Wednesday.

“If that is true,” she said, “it would be an outrage to see the WHO and Facebook teaming up to do China’s dirty work of censoring the success story in the fight against COVID-19.”

RELATED: Poll: Without Big Tech Censorship, Trump Could Be Winning with 289 Electoral Votes

If that is true, it would be an outrage to see the WHO and Facebook teaming up to do China’s dirty work of censoring the success story in the fight against COVID-19.

According to Hsiao, the anti-Taiwan filters were eventually removed from the WHO’s page.

In a statement obtained by Reuters, the WHO said the terms were banned after an “onslaught” of cyberattacks included those keywords. The health organization called the blacklist a “practical measure.”

This comes after the World Health Organization (WHO) denies Taiwan an invitation to its meeting this week about the COVID-19 pandemic, due to “obstruction” from China.

The WHO’s reckless censorship comes amid growing tensions between Taiwan and the mainland.

Fears of a communist intervention onto the island, which is claimed by the People’s Republic of China, is only reinforced by recent urging from Chinese President Xi Jinping that amphibious assault troops should prepare for battle.