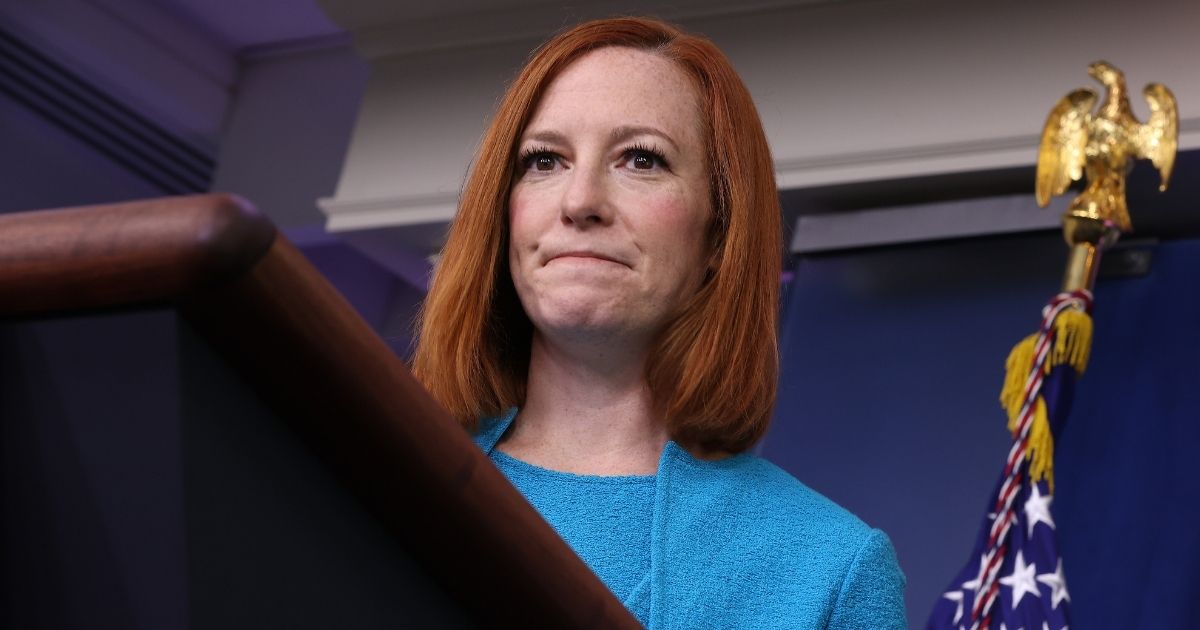 Those in the mainstream media, the Democratic Party and in the fringes of society who wish to cancel due process and who also broadly smear police officers as violent racists have had their views endorsed by the White House and President Joe Biden.

White House press secretary Jen Psaki was asked about the police shooting death of a 13-year-old kid named Adam Toledo last month in Chicago. Video of the teen’s last moments went viral — leading to a rash of judgments as people ignore the fact that the kid appeared in the video to have had a firearm when he was shot.

“I was wondering if the President had actually watched the Adam Toledo video,” a reporter asked Psaki, according to a White House transcript of Friday’s media briefing. “And then also, what his reaction was to it?”

Rather than avoid commenting on a case that involves an American citizen and a police officer who has a right to due process, Psaki opened her mouth. Not only did she infer that Chicago Police Department officer Eric Stillman might have done something illegal or immoral, but she held officers in other parts of the country responsible for the shooting.

Psaki says the police body cam video of Adam Toledo’s death is “chilling” and a reminder that “too often in this country, law enforcement uses unnecessary force” https://t.co/SQyMp3uH6v pic.twitter.com/9iB7Yom8QR

TRENDING: Forensic Pathologist: If We Found George Floyd at Home with That Amount of Fentanyl and Meth, It Would Be an Overdose

“I have not spoken with [Biden] this morning,” Psaki said. “I expect I’ll see him later this morning. I will say, for those of us who did watch that video, it is certainly chilling and a reminder that, across the country, there are far too many communities where there is violence that is impacting — that too often in this country, law enforcement uses unnecessary force, too often resulting in the death of black and brown Americans.”

“The President, again, has repeatedly said that he believes we need police reform,” she added. “That’s what he says he’s calling for Congress to send to his desk.”

So, Toledo’s death, which is a tragedy, is to blame on race? Psaki didn’t dare mention that Toledo appeared to have a handgun on him up until a millisecond before he was shot by Stillman. The kid was failed by someone, and it wasn’t the cop who shot him, as best as anyone thinking rationally can tell as of this moment.

Video of the encounter shared by the WLS-TV pauses to show the cop made a split-second decision to fire his weapon in the dark against a suspect who was armed. A still image in that video shows Toledo had appeared to drop the gun perhaps less than a second before he was shot.

WARNING: the following video contains graphic images that some viewers might find difficult to watch.

The narrative is now, “But, the armed kid had dropped the gun he was accused of firing in a dark alley.”

More disturbing than the mob rushing to judgment, in this case, is now the most powerful office in the country is on board with connecting Stillman to the left’s contrived colonial white oppression narrative.

The executive branch is now commenting on an individual case where a civil servant was put in the unenviable position of having to choose to use deadly force against someone in his community he believed posed an imminent threat. In this case, that person was a teenager and a person of color.

It’s fair to say very few police officers wake up in the morning and hope to find themselves engaged in a situation, during their shift, where they might have to use their weapon during an interaction with a minority American — or a kid. Such situations all too often end with a public rush to judgment, criminal charges and life-altering financial and social consequences — no matter how justified the trigger pull was. Not to mention, who wants to shoot anyone if they don’t have to?

Look what can happen when good-natured cops second-guess themselves or give someone they suspect might be dangerous the benefit of the doubt:

WARNING: the following video contains graphic images that some viewers might find difficult to watch.

If a cop’s back is up against the wall and his or her life could be on the line, they might be inclined to use their weapon. In today’s day and age, they might think twice and end up dead. Instinctually choosing to live is what occurs in most of these police shootings that end with some unfortunate third party’s business being looted and razed to the ground.

A cop who chooses to preserve his or her own life, and/or the lives of others, against a suspect who happens to be black or brown, risks triggering an outcry that might leave others dead in riots.  Officers who choose to live also face the ire of an ignorant public, an agenda-driven White House and the prospect of spending the rest of their life in jail.

That’s of course unless the person shot — who more often than not is armed or a threat in some other way — is white and male. Police interactions where a white male suspect is killed never stir nationwide movements to dismantle the country — despite the fact that such shootings are extremely common.