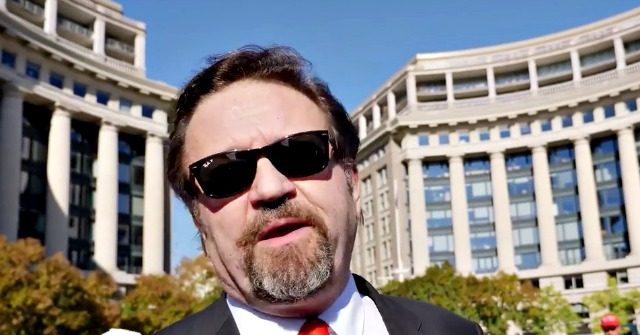 America First host Sebastian Gorka on Saturday questioned why no rioting or looting occurred at the D.C. MAGA March in the nation’s capital.

“Can you guys tell me where are the arsonists? Where’s the looting? Where’s the people getting shot? Why isn’t DC boarded up?” he asked Breitbart News.

“Oh I know! Because we hate those people who hate America and we love it, and that’s a big difference, and that’s why we’re here,” Gorka stated.

Trump voters rallied in Washington, DC, over the weekend to show support for President Trump’s efforts to ensure election integrity.

“Some of the events associated with Saturday’s rallies have been advertised as the Million MAGA March, March for Trump, and Stop the Steal,” according to Breitbart News.

At the event, people waved and cheered as the president’s motorcade drove past Freedom Plaza:

Gorka also tweeted footage of President Trump smiling at the rallygoers from inside his vehicle while supporters chanted “USA! USA! USA!”:

He said he’d come see us.