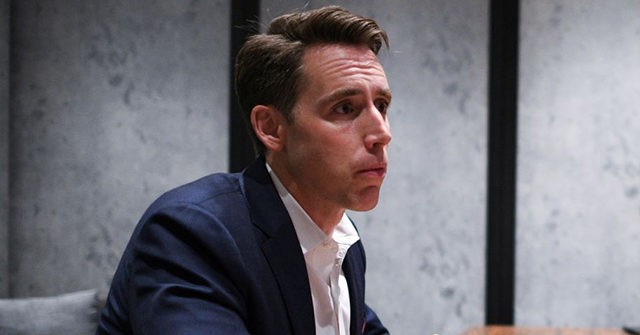 “I mean, Mark Zuckerberg admitted to me under oath that yes, actually, Facebook’s censorship teams do talk to Google and Twitter,” Hawley continued. “And he hastened to add, but oh, we make our own decisions. But he admitted that, yes, actually, they are in coordination, and the whistleblower revealed to me that, in fact, they coordinate very, very closely. I think this warrants antitrust scrutiny, and I’ll tell you what, Tucker, it warrants further action by Congress. Congress is going to have to get off its backside and do something here, or these corporations are going to run America.”

Hawley referenced the Department of Justice antitrust against Google and argued it was constitutional for Congress to govern, not corporations.

“I think that the Justice Department’s antitrust suit against Google that they brought just a few weeks ago is absolutely vital for this reason, Tucker, and I think Congress is going to need to act to update our antitrust laws,” he added. “The truth is, is that those antitrust laws haven’t been used as they were meant to be used in decades now, and these companies, these are the most powerful companies we’ve seen in American history. They are the most powerful companies in the world, and it is time that we took them on because our Constitution is quite clear. We, the people, are supposed to run this government and this nation, not the big corporations, and unless we do something, they’re going to.”