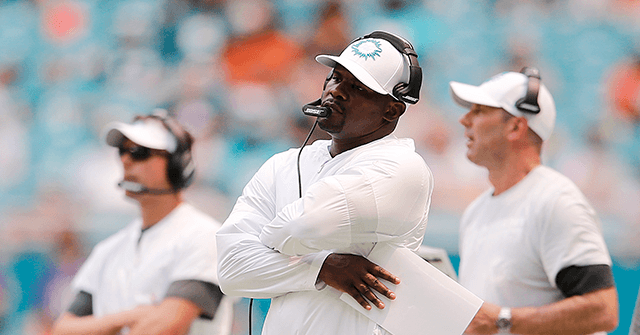 Minorities inside the NFL are expressing concerns about a diversity hire resolution the league passed on Tuesday aimed at rewarding teams that hire minorities for head coach and general manager positions, ESPN reported.

NFL sources who are “people of color,” told ESPN they were not given advance notice of the passing of the plan, which gives two third-round compensatory draft picks to teams that lose minority head coaches or general managers to other teams. The sources said the NFL owners approved the plan too quickly and they were not able to give input ahead of the resolution’s passing.

“This will affect all of us, and we wanted to be involved in the process,” a source told ESPN. “We don’t know whether it’s lip service or real, and we just want to be judged on our own merits.”

The decision comes after a 10-month discussion by NFL owners on how to increase diversity hires in executive positions. The league had four minority head coaches and two minority general managers at the beginning of the season and has since promoted two minority interim coaches, the Falcons’ Raheem Morris and the Texans’ Romeo Crennel.

An NFL executive source questioned the impact the rule will have on intradivisional hiring, and wondered if teams would be willing to let coaches go if it means their rival teams will get two extra third-round picks, and brought up as an example the move of Dolphins head coach Brian Flores from the Patriots last year.

“It’s counterintuitive,” a source told ESPN. “They’re rewarding you for doing something that you should have been doing already.”

The NFL has made several moves to increase diversity this year. In May, owners expanded the Rooney Rule to increase minority hires, and in June the Colts created a Director of Diversity position.