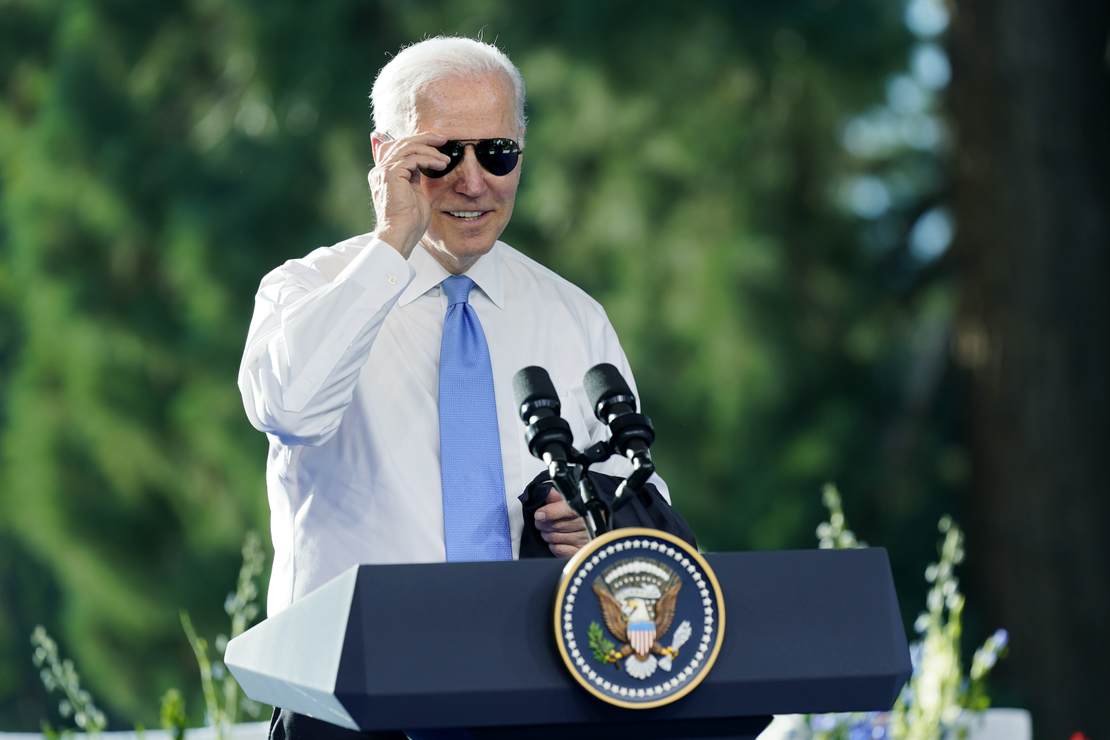 Well, not that much better, and as Vice points out, the detainees at Guantanamo Bay have complaints going back a lot longer than the last few months. Both the detainees and their lawyers tell Vice that their situations have grown significantly worse over the last few months, however, right when they expected improvements. They’re blaming Joe Biden, and wonder if it’s deliberate:

President Joe Biden has said he plans to close Guantánamo Bay, the infamous military prison in Cuba, by the end of his term. But in the months since Biden took office, detainees there say, conditions have deteriorated. New cruelties, like forbidding guards to talk to prisoners, denying medicine, and restricting services, have recently been imposed, detainees and their advocates tell VICE News.

Several people have protested their treatment and engaged in a hunger strike; at one point around Ramadan this year, every detainee in Camp 6, one of the prison blocks, participated in a unanimous hunger strike.

“How can it be that we are waiting for Biden to come, and it has become so much worse than when Trump was president?” Abdul Latif Nasser, a 19-year detainee at the prison without trial, told VICE News through his lawyers at Reprieve U.S., an international human rights organization that represents six detainees at Guantánamo.

Among the expectations of improvement held by detainees and their attorneys was the restoral of transfers out of Gitmo. The Obama administration picked up the pace of such transfers, which had begun under the Bush administration, in hopes of getting everyone out of the facility one way or another before Barack Obama left office. Trump put an end to those, to no one’s surprise, and argued for sending new war-on-terror detainees to Gitmo and expanding its population rather than closing it.

Biden, however, renewed Obama’s pledge to empty Gitmo. So far, no one’s heading out, and the White House hasn’t expressed any interest in taking up the issue:

“It’s been over four years since there’s been a transfer from Guantánamo, with one exception. There are people that are approaching 19 years of detention,” said [defense attorney Pardiss] Kebriaei. “It has been years without movement, there’s been total stagnation. I think when Biden came into office, there was, of course, expectation … and now that we’ve got six months without any official policy, any transfer, even of the men who’ve been cleared for years.”

The total stagnation continues, the New York Times reported this morning, corroborating Vice’s story in at least this regard. The review board responsible for determining the risk of each detainee recently approved two more for transfer to home countries, bringing the number to 11 overall. Despite Biden’s rhetoric on closing Gitmo, however, the White House doesn’t even have a negotiator in place for that task:

Two men who have been held for years without charge at Guantánamo Bay following detention by the C.I.A. have been approved for transfer to other countries, bringing to 11 the number of detainees cleared to be sent elsewhere even as the State Department has yet to name someone to negotiate with other governments to take them.

Both of the men, Abdulsalam al-Hela, 53, and Sharqawi Abdu Ali al-Hajj, 47, are Yemeni citizens, and present a particular challenge to the Biden administration as it seeks places to resettle cleared detainees as part of its aim of closing the military operation holding 40 detainees at the U.S. naval station in Cuba.

The latest decisions were disclosed on Thursday by the interagency Periodic Review Board. Beyond the 11 detainees who have been approved for transfer, 12 have been charged with war crimes, including a prisoner who pleaded guilty as part of an agreement that will permit his transfer.

Now the administration needs to find governments willing to take the detainees who have been cleared to be repatriated or sent to third countries.

Secretary of State Antony J. Blinken told Congress this month that he was seeking to designate someone to work full time on arranging transfers. “I want to make sure that the department has what it needs, both in terms of resources and personnel,” he said.

The Periodic Review Board must have expected more enthusiasm from Biden for this task, too. They added six detainees to the approved list since Biden’s election, although allowing that each still represented some level of threat. The issue in the White House isn’t a pushback on these designations but instead a lack of interest in dealing with them altogether. Even two detainees that got approved for release in the final days of the Obama administration are cooling their heels at Gitmo to his day, even though negotiations were all but complete at that time.

This goes beyond the policy debate over whether to keep Gitmo open. Biden insists he wants it closed, and yet has done nothing at all to put his policy into action, or even a coherent plan. This offers yet more evidence that Biden and his White House team made no preparation to fulfill any of their campaign promises, instead just reacting to matters as they pop up. And frankly, that’s a lot more worrisome when it comes to releasing radical-Islamist terrorists than it is when discussing Biden’s fumbles on COVAX.