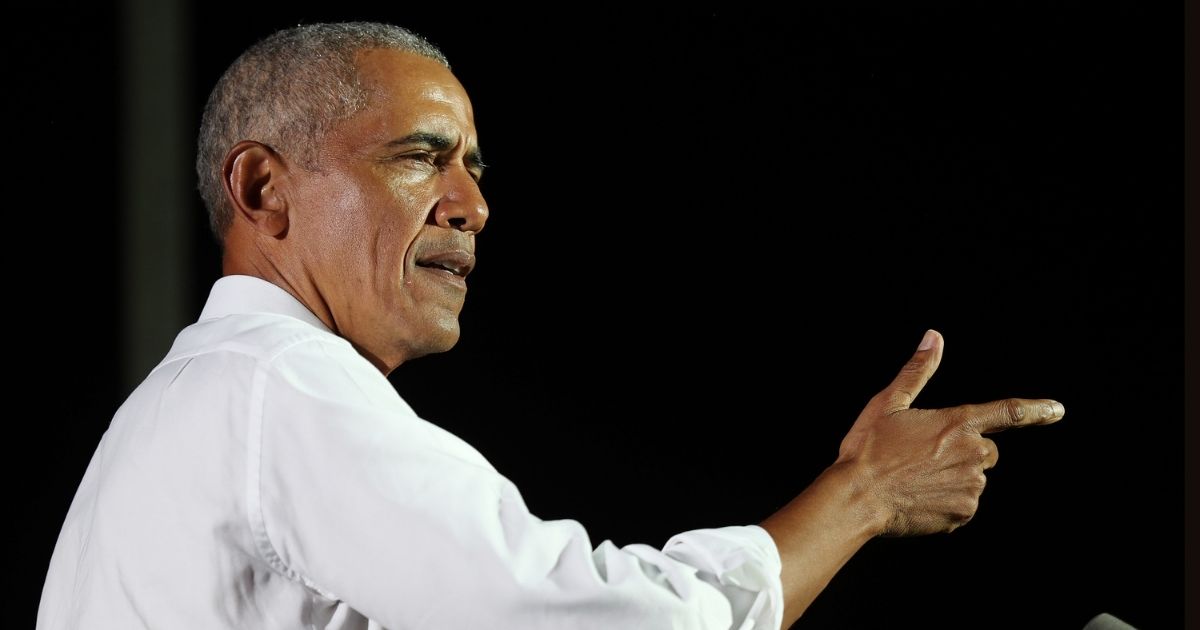 In a segment on ABC’s “Jimmy Kimmel Live!” on Thursday, former President Barack Obama suggested sending in the Navy SEALs to remove President Donald Trump from the White House.

Obama is on a media tour promoting his more than 700-page memoir titled “A Promised Land,” amid the contested presidential election.

While the race has not been certified, and Trump is mounting a legal campaign alleging widespread fraud and other election discrepancies, the establishment media has called the race for Democratic Joe Biden.

While only two weeks have passed since the Nov. 3 election, prominent liberals in entertainment, such as Kimmel, are furthering a narrative that the president is refusing to leave the White House.

Do you think Obama’s comments, even though they were jocular, were dangerous amid the country’s tense political atmosphere?

On his program Thursday, Kimmel made light of the situation which has divided millions of Americans, when he joked about someone, presumably the president, hiding in the White House.

“You know the White House well. You lived there for eight years,” Kimmel said to Obama.

“Are there places someone could hide? Like, if, say, they were going to be removed? Are there little cubby holes or anything that you know about?”

“Well, I think we can always send the Navy SEALs in there to dig him out,” the former president responded.

Obama, of course, greenlit the 2011 operation in which a team of Navy SEALs killed terrorist Osama bin Laden.

Some users on social media made the connection.

They should drag him out the same way they ‘dragged’ Bin Laden out. Full breach, no prisoners.

Obama, in friendly territory with Kimmel, took a number of shots at Trump in the interview.

Kimmel asked Obama if he intentionally wrote a longwinded memoir so that Trump would not read it, to which Obama responded, “I don’t think it would have had to be 700 [pages].”

He also stated on the show, “I wish the transition was going better,” and added, “We lose time during these crises” with regard to the coronavirus pandemic.

Thursday’s interview was not the first time someone close to Biden has joked about or hinted at potential violence with regard to the president.

Two weeks ago, Biden’s campaign declared victory and put out a statement that partially read the “United States government is perfectly capable of escorting trespassers out of the White House” in reference to Trump.