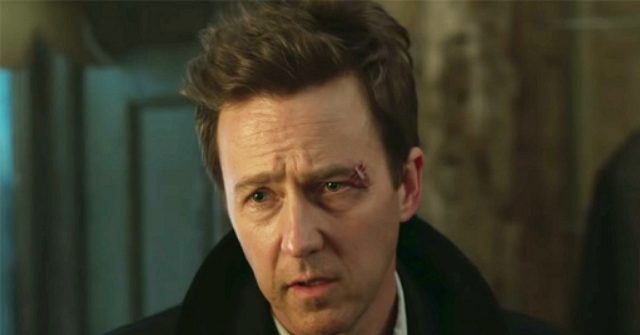 Hollywood actor and Obama ally Edward Norton has launched an anti-Trump social media rant in which he accuses the president of bluffing his way through the election aftermath. “We cannot let this mobster bully the USA,” the left-wing star tweeted.

Edward Norton is floating the conspiracy theory that President Trump is engaging in “a tactical delay” in order to buy time for a “coverup” and “evidence suppression.” Above all, he alleges, the president is in a “desperate endgame” to create “chaos & anxiety” about the election so that “he can cut a Nixon-style deal in exchange for finally conceding.”

He added: “We cannot let this mobster bully the USA into a deal to save his ass by threatening our democracy. THAT is his play. But he’s got junk in his hand. So call him.”

I’m no political pundit but I grew up w a dad who was a federal prosecutor & he taught me a lot & I’ve also sat a fair amount of poker w serious players & l’ll say this: I do not think Trump is trying to ‘make his base happy’ or ‘laying the groundwork for his own network’…

…which is to create enough chaos & anxiety about peaceful transfer of power, & fear of irreparable damage to the system, that he can cut a Nixon-style deal in exchange for finally conceding. But he doesn’t have the cards. His bluff after ‘the flop’ has been called in court…

I will allow that he’s also a whiny, sulky, petulant, Grinchy, vindictive little 10-ply-super-soft bitch who no doubt is just throwing a wicked pout fest & trying to give a tiny-hand middle finger to the whole country for pure spite, without a single thought for the dead & dying

Norton provided no evidence for his conjectures, except to say that he is the son of a federal prosecutor and has spent time around poker players.

The actor is a close ally of former President Barack Obama, having campaigned for the president and produced the glowing documentary By the People: The Election of Barack Obama, which aired on HBO in 2009. Norton also produced videos for Obama’s 2008 and 2012 campaigns.

Norton had also advocated for abolishing the electoral college, claiming that it is rooted in “racism & slavery.”