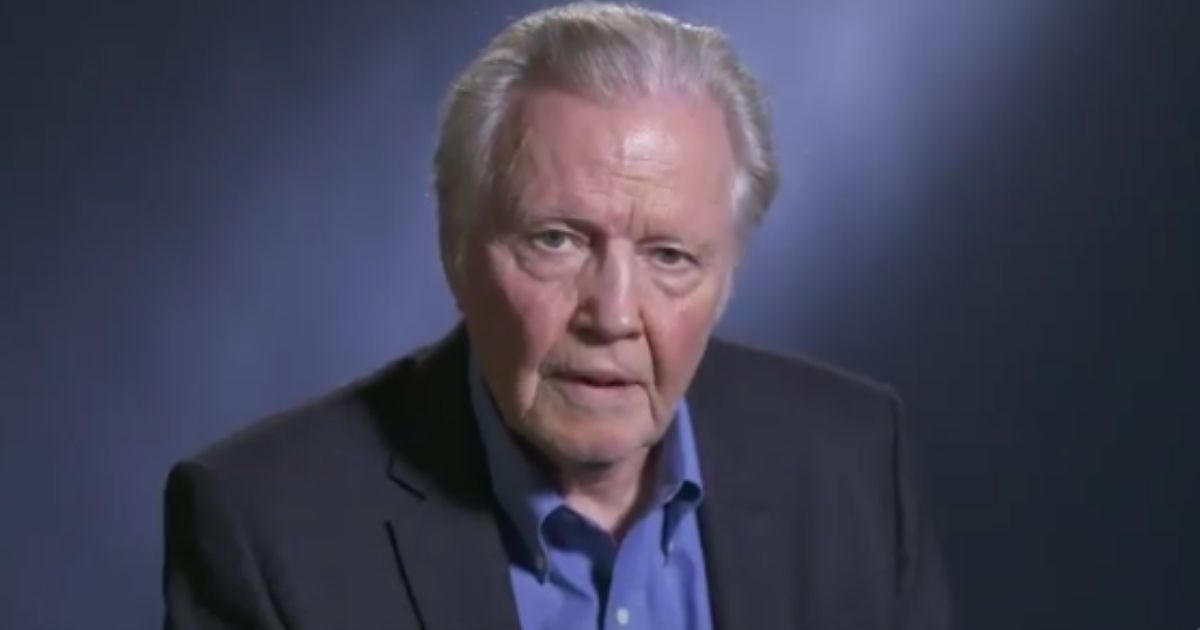 Hollywood legend and devout Christian Jon Voight has come out strongly in support of President Donald Trump’s decision not to concede the contested 2020 election.

In a video message posted to Twitter on Tuesday — one which is likely to further put him at odds with Hollywood’s A-list — Voight called for Americans to fight what he summarized as Democratic attempts to steal the election from the president and voters.

As he’s done so many times throughout the 2020 campaign, the Oscar winner pleaded with the American people to not only stand by their commander-in-chief, but to turn to their faith in God while doing so.

But the “Midnight Cowboy” and “Deliverance” star struck a more serious tone with his latest message, which urged people of faith and patriots to dig in for the fight of their lives.

In the impassioned video message, Voight warned of Satan’s deceit, which he said he feels could plunge the country into a historic crisis over allegations by Trump and others that the election was fixed by Democrats.

We all know the truth pic.twitter.com/Jf2UXj1Vn0

“My fellow Americans, I stand here with all that feel as I do disgusted with this lie that [Joe] Biden has been chosen,” Voight said.

“As if we all don’t know the truth. And when one tries to deceive we know that one can’t get away with it,” he added.

Do you think Joe Biden will become the country’s 46th president?

Voight promised, “There will be a price to pay.

“The ones who are jumping for joy now are jumping toward the horror they will be in for. Because I know that the promises being made from the left to the American people will never come to be.”

The actor then warned the coming fight for the White House will be the “greatest fight since the Civil War.”

“My friends of all colors, races and religions, this is now our greatest fight since the Civil War. The battle of righteousness versus Satan. Yes, Satan. Because these leftists are evil, corrupt, and they want to tear down this nation,” Voight said.

“We must fight this corruption that has taken over and fight for the good that seems lost,” he added.

“Let us give our trust to God, and fight now for Trump’s victory because we all know this ballot count is corruption like they are. So let us not back down. Let us fight this fight as if it is our last fight on earth.”

Voight concluded, “As Muhammad Ali said, it’s not over until the last punch you have. God bless.”

The powerful message was of course quickly censored by Twitter with a warning that stated, “This claim about election fraud is disputed.”

It’s unlikely, though, that the Twitter warning will sway anyone who agrees with Voight.

Is there any truth or long-held fundamental belief or fact which hasn’t been “disputed” by leftists this year?

The country has seen truth and history rewritten in real time right before our eyes in recent years. That campaign against truth and morality has only proliferated throughout this year.

Boys are being declared as girls, and vice versa.

Leftist political violence which has left lives destroyed has been deemed “mostly peaceful” by the mainstream media.

Churches and other houses of worship have been ordered closed in many areas, even as leftist political gatherings continue to go on unbothered, and encouraged, by elected Democrats.

Political and governmental norms have been threatened or violated by Democrats in what feels like an all-out assault on morality, biology and truth.

Up is down, left is right and what we know is righteous is being painted as morally wrong by those who control the messaging.

Now, the fundamental principle of our republic, our trust in the integrity of our electoral process, is being tested, and it’s occurring as the establishment media and Democrats tell us to shield our eyes and deceive our own hearts.

We don’t know how the Trump campaign’s requested recounts, legal battles and other maneuvers will turn out. But there are millions of people who believe the initial results of this election are suspect.

And it’s difficult to disagree with Mr. Voight, at least insomuch as he is calling for Americans to fight back against the corruption in the minds and hearts of so many of our fellow citizens.

The country elected an unconventional former New York businessman and TV star with no political experience to correct America’s course down a path of ideological enslavement and finical servitude to other nations.

That man, President Trump, has been a gift to this country. His presidency has revived conservative causes, such as the fight against abortion, which was given little more than lip service by the GOP establishment for decades.

And Trump has worked to preserve American sovereignty and fought for religious and individual liberty while battling two political parties, a militant national media, Big Tech, pollsters and influential athletes and entertainers.

But one of those entertainers, Voight, a man with a Hollywood pedigree rivaled by few others, framed our current situation in its proper context — at least in a way that few others have.

We must turn inward and seek the counsel of God as we prepare to unite fight tyranny, evil and deceit wherever we find it.

We must be prepared to handle whatever is next with an unrelenting faith.

Tesla Shuts Down Production Line Due to Microchip Shortage

Tesla Shuts Down Production Line Due to Microchip Shortage

Will Storm Disaster Put O'Rourke Back in Business in Texas?