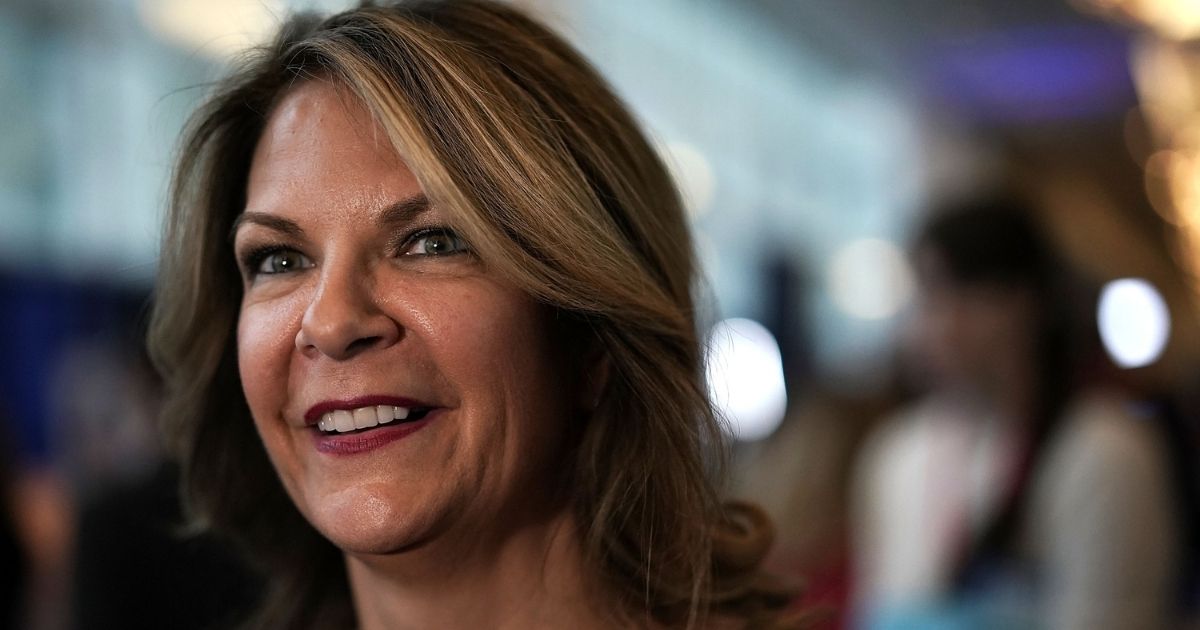 Expectations of an establishment resurgence in the post-Trump Republican Party may well have been overstated.

As the party wades into an identity crisis nationwide, one polarizing Trump ally has just secured victory in a swing state widely recognized as a key bellwether for the movement at large.

Arizona GOP Chairwoman Kelli Ward was elected to a second two-year term Saturday morning at the back end of an annual statutory meeting punctuated by disruption and largely devoid of outside media.

Sources indicate the margin of victory was slim, with just 3 percentage points separating Ward from challenger Sergio Arellano in the vote of nearly 800 hundred committee members.

A prominent member of the Latinos for Trump Advisory Board, Arellano was not the only figure seeking to oust Ward in light of the party’s national-level losses in the 2020 presidential election.

Niemann may have been the obvious loser, tallying just 3 percent support, but Lettieri and Arellano were neck-in-neck for runner-up, leaving Ward without the majority support necessary to secure re-election.

The second ballot was more complicated than a coalition victory over the pro-Trump incumbent, however, as an unspecified number of credentialed committee members departed after voting. They were reportedly prevented from returning for the next round.

The result was disappointing for high-ranking opposition members, one of whom told The Western Journal that Ward had fewer than 400 hard votes in her corner going into the day. The member went on to allege Ward had spent party funds in a wasteful manner, seeking to push herself further into former President Donald Trump’s good graces last fall.

Hearing chatter on the ground that @kelliwardaz’s chairmanship vote today may be hotly contested.

Prominent party member speaking today from the stage told me Ward only has hard support from roughly 40 percent of the room (400 voters).

“People see why the President endorsed me,” Ward said, suggesting her leadership would prevent establishment backsliding in the @AZGOP.

Despite such chatter on the ground, Ward told The Western Journal she was “confident” in her chances while making the rounds Saturday morning. The chairwoman went on to cite “record fundraising” and “record recruiting” under her leadership, adding that her fight to prevent the party from falling back into a “dark” pre-Trump era would likely resonate with the committee.

The remark would prove an understatement some hours later, when the voting floor erupted in cheers as Ward concluded her campaign speech with audio of Trump endorsing her candidacy — a move that prompted an official point of order. Denied by a presiding member, the motion was also shouted down with cries of “RINO” from the crowd.

Ward had earned loyal support from the Trump base in weeks prior, leading the Republican campaign to decertify unfavorable state election results on behalf of the former president following widespread voter fraud allegations. The chairwoman was also a key proponent of party censures of Gov. Doug Ducey, former Sen. Jeff Flake and Cindy McCain, all of which passed Saturday.

“People see why the president endorsed me,” Ward told The Western Journal.

When national committeewoman Lori Klein took the stage Saturday, she seemed to urge against the current direction of the party, demanding lessons be learned and leaders be held accountable.

“I called [Republican National Committee Chair] Ronna McDaniel and spent 25 minutes on the phone with her, and I said, ‘I don’t want to go to Florida and hear about what we did right. I want to hear a forensic audit of what we did wrong and why we lost this election, and let’s fix it,’” Klein said.

“I’m not going to sugarcoat things here. After our election was over, and Arizona lost, we have got to look at what we need to fix. We can no longer reward failure.”

Do you think Trump is still the future of the Republican Party?

Ward, on the other hand, saw little in the way of failure in her interview with The Western Journal, suggesting election integrity was “at the heart” of what the Republican Party would need to change going forward, not strategy.

With prominent establishment and pro-Trump figures still at each others’ throats over who to blame for the results of the 2020 presidential election and January runoffs in Georgia, ideological battles and dueling visions are expected to be at play in the party for some time.

Little time remains before the 2022 midterm campaigns begin in earnest, however, leaving the party open to more substantial losses if the infighting is not resolved in short order. Klein and Rep. Debbie Lesko were among the speakers to warn against getting lost in that shuffle.

“We have one opponent,” Lesko said. “And that is the radical Democrats and their agenda.”

I Struggle Between Laughing and Crying that Trump, CPAC Are Mainstream of GOP