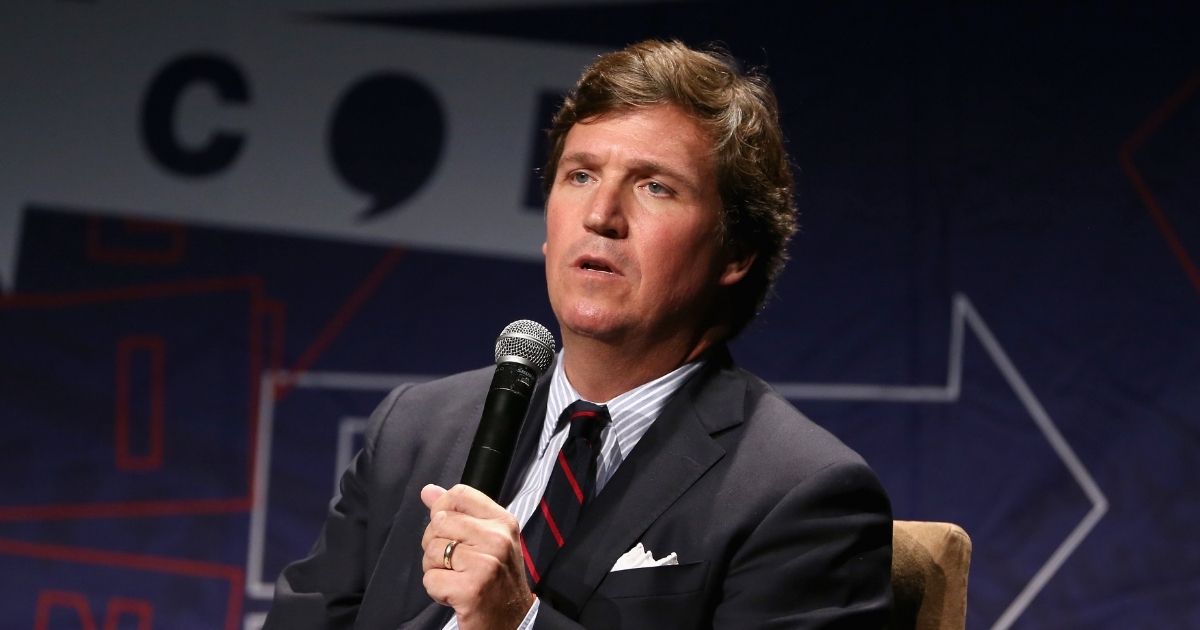 Pollster Frank Luntz, whose influence on GOP politics as of late is both unclear and reportedly disproportionate, considering his obvious conflicts of interest as a corporate lobbyist, told The New York Times this week he thinks Fox News host Tucker Carlson is planning to run for president.

Carlson, who has made his disgust for Luntz known on his program this past week, and even prior to that, has given zero indication he intends to seek office. But according to Luntz, the conservative firebrand will seek the Republican Party’s nomination in 2024.

On the Times podcast “Sway,” Luntz told podcast host Kara Swisher he has no doubt Carlson will enter the race. His reasoning? Carlson won’t stop attacking him.

Carlson has indeed challenged Luntz in recent scathing comments on his show.

Last Friday, Carlson dedicated 13 minutes on his show to Luntz, his lobbying career and his inexplicable relationships to elected Republicans.

CNN's Don Lemon Fails to Get Guest to Take ‘Bait,' Instead Gets Contradicted on Slavery

On Monday, Carlson hit both Luntz and House Minority Leader Kevin McCarthy, who rented a room from the pollster Washington, D.C. this past year, over the pair’s relationship. Carlson didn’t hold back, as he never does.

Frank Luntz & Kevin McCarthy. Not only are they friends. They are roommates. pic.twitter.com/nYGXxV5bya

“Why do Republican officials listen more carefully to Frank Luntz than they listen their own voters?” Carlson asked his audience on Monday, pointing to McCarthy’s bizarre living arrangements.

“That relationship gives Luntz outsized influence over the Republican Party’s policy positions,” the host added, noting that McCarthy and the anti-Trump pollster are not friends, but “roommates.”

“Kevin McCarthy promises Republicans he shares their values,” Carlson said Monday. “He tells them he’s on their side. He says he will fight for them against permanent Washington, the forces that would like to destroy their lives … and at the end of the day Kevin McCarthy goes home to Frank Luntz’s apartment in Penn Quarter, and he laughs about it.”

According to Luntz, Carlson’s focus on him, McCarthy and other prominent Republicans who engage in behavior which one might consider anti-ethical to putting their voters first, is because he himself has political aspirations.

“Tucker realizes that he can make any accusation he wants to make, and that cadre, because he’s very popular among a certain segment of conservatism,” Luntz told Swisher. “I think Tucker is running for president. And I think that’s what he’s going to do. And I think he’s going to try to demonize and destroy anyone who might stand up against him. And that’s all that this is,” Luntz added.

Luntz, whose career playing both sides of the field is arguably jeopardized by Carlson’s attacks against him, could simply be deflecting. Carlson has previously stated he has zero interest in running for public office, more than once. According to his past logic, one can’t blame him.

Do you think Carlson will run for president?

Last August, he told Mediaite’s “The Interview” podcast he had no personal political aspirations beyond his Fox News program, Newsweek reported.

“Imagine a country where I’m considered a serious candidate for something, it’s just hard to imagine anything like that,” Carlson added, and when asked whether he would rule out a run, he was crystal clear.

But if Luntz the reported Google lobbyist, pharmaceutical industry champion pollster and GOP adviser is correct, Carlson is running.

Conservatives would of course benefit greatly from having such a strong consistent figure on their side. Not just on television nightly, but in a primary field which could catapult him to the White House. Carlson is young, sharp and loyal to his principles, above all else.

But unless Frank Luntz knows something the rest of us don’t, Carlson will remain at his desk on Fox News for years to come, where he will continue keeping others honest. Right now, Carlson is one of the few conservative voices with a large pulpit willing to shine a light on areas where people such a Luntz would likely prefer stayed in the shadows.