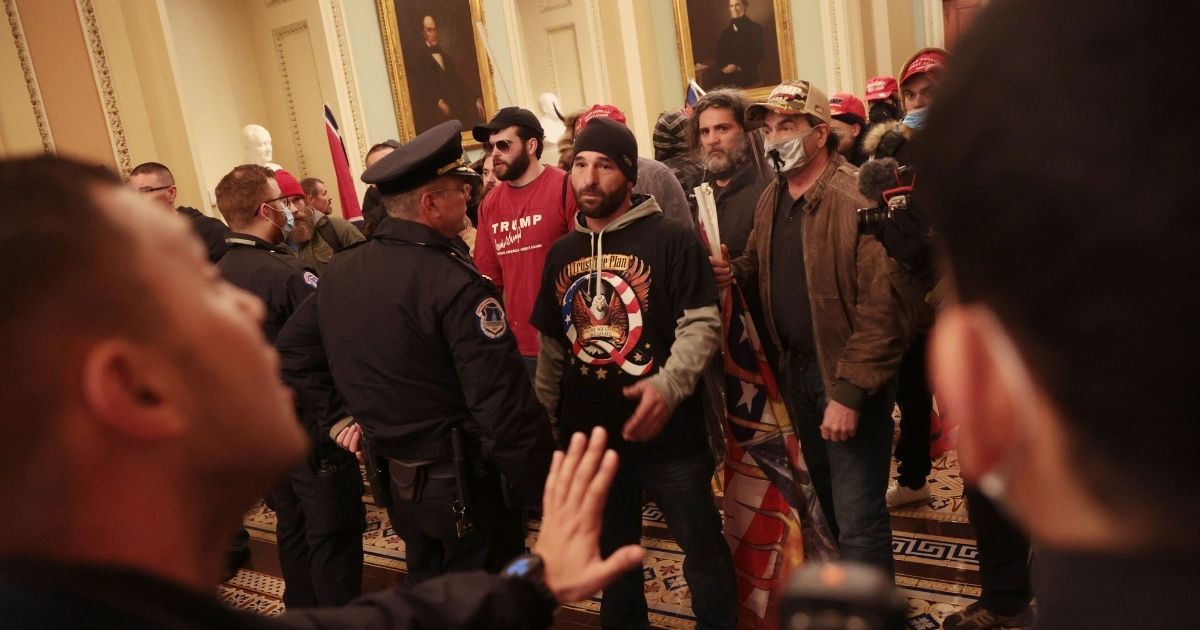 Officials confirmed that the U.S. Capitol is secure nearly four hours after a mob stormed the building.

The announcement rang across the Capitol grounds on Wednesday evening, The Associated Press reported.

Rioters clashed with Capitol police earlier Wednesday before forcing their way into the building, disrupting Congress’ certification of the Electoral College vote.

Lawmakers including Vice President Mike Pence and House Speaker Nancy Pelosi were evacuated for their own safety.

The Capitol was placed on lockdown soon after, preventing lawmakers, staffers and reporters from leaving the building.

Rioters broke into both the House and Senate chambers as well as Pelosi’s office.

After the violence broke out, Trump released a video telling his supporters to go home which was censored by Twitter.

I am asking for everyone at the U.S. Capitol to remain peaceful. No violence! Remember, WE are the Party of Law & Order – respect the Law and our great men and women in Blue. Thank you!

Several lawmakers said that they expected to resume their business on Wednesday night.