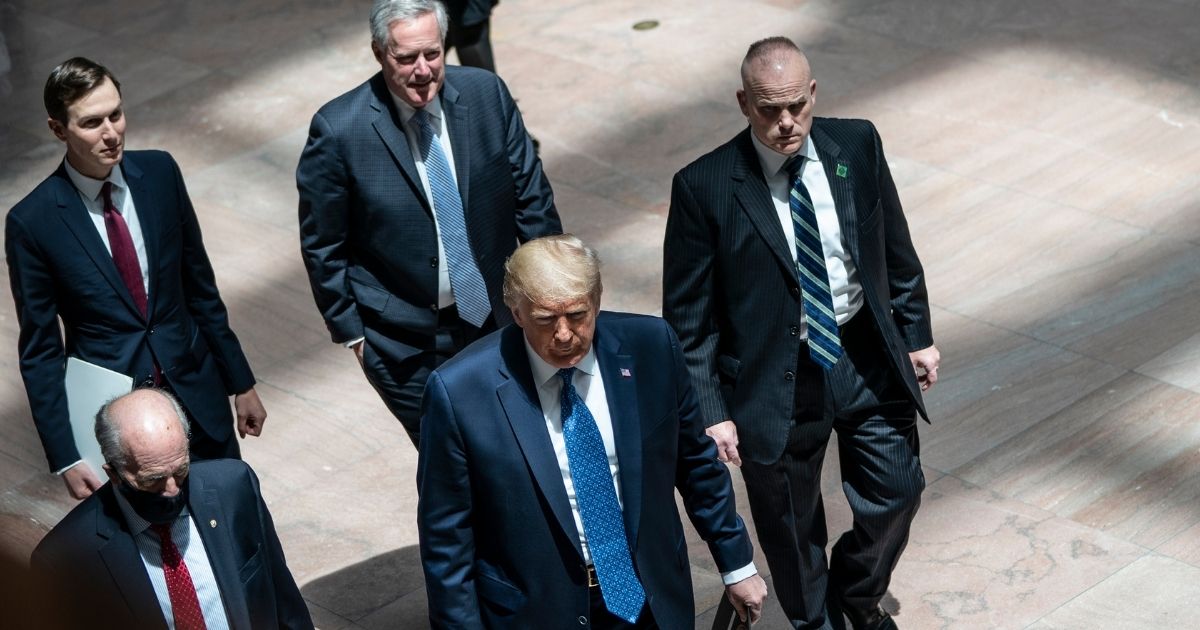 A company that the Trump administration says helped Venezuelan leader Nicolas Maduro rig his nation’s elections earlier this month has been sanctioned by the Treasury Department.

Maduro claimed victory in the Dec. 6 parliamentary election for Venezuela’s National Assembly, despite widespread claims of fraud, according to the Miami Herald.

As a result, the Treasury Department’s Office of Foreign Assets Control has slapped sanctions on Ex-Cle Soluciones Biometricas C.A. (Ex-Cle C.A.), as well as two of its principal officials.

Ex-Cle C.A. has been the electoral hardware and software vendor for Maduro’s regime, according to a news release on the Treasury Department’s website.

Ex-Cle C.A. has purchased voting machines from foreign vendors, “which were transshipped through Tehran, Iran, via Mahan Air and Conviasa, both previously sanctioned by OFAC. Ex-Cle C.A. has contracts worth millions of dollars with the Maduro regime,” the release said.

The sanctions mean that any assets the company has in the U.S. are frozen, and Americans are banned from dealing with the company.

“Ex-Cle C.A. has millions of dollars of contracts with the illegitimate Maduro regime, providing electoral hardware and software to regime-aligned government agencies.  Ex-Cle C.A. was aware of and involved in the regime’s efforts to rig the fraudulent December 6 elections, thereby undermining democracy and suppressing the voices of the Venezuelan people. Ex-Cle C.A. also helped Maduro’s coopted National Electoral Council to purchase thousands of voting machines from China, routing payments thru the Russian financial system,” Secretary of State Mike Pompeo said, in a statement posted on the State Department website.

“Those who seek to undermine free and fair elections in Venezuela must be held accountable. Maduro’s reliance on companies like Ex-Cle C.A., as well as recently-sanctioned PRC tech firm CEIEC, to rig the electoral processes should leave no doubt that the December 6 legislative elections were fraudulent and do not reflect the will of the Venezuelan people. We urge all countries committed to democracy to condemn the fraudulent December 6 elections and the illegitimate regime’s continuing efforts to destroy democracy in Venezuela,” he said.

The U.S. condemns the illegitimate Maduro regime’s fraudulent Dec. 6 legislative elections. They do not meet any minimum standard of credibility and are nothing more than an attempt to steal Venezuela’s democratic future. We call on all countries to reject this electoral sham.

The election means that Venezuela will have two separate bodies calling themselves the National Assembly — the one elected this month and the one led by opposition leader Juan Guaidó.

A puppet Constituent National Assembly, known as by its Spanish initials as ANC, was also created by Maduro in 2017, according to a Miami Herald report published Dec. 7.

José Vicente Carrasquero, a political science professor at the Simón Bolívar University in Caracas, told the Herald the new election was all about money,

Should the U.S. intervene in Venezuela?

“When [Maduro’s forces] lost the National Assembly in 2015, they automatically lost access to the international credit because they could not get the National Assembly to back the issuance of new foreign debt,” Carrasquero said. “That’s when they went to invent the ANC, to see if people abroad would buy it.”

“But since that didn’t work, they are now going ahead to take over the National Assembly by force, hoping that now they’d be able to issue new debt.”

But the opposition may interfere with that scheme.

“We are not going to stop; we will stand firm and keep functioning to fulfill our constitutional mandate,” Guaidó, who is also president of the current National Assembly, said in a Dec. 6 Twitter video, the Herald reported.

RELATED: Pompeo: Russia Was Behind Cyberattack on US Government

“The Legitimate National Assembly, and myself as interim president, will stay here next to you, assuming not only the principle of constitutional continuity, but also the responsibility of the parliament, defending the legitimate mandate entrusted to us by the Venezuelan people,” he said.

I Read the Book Target Banned That’s Critical of Transgenderism in...