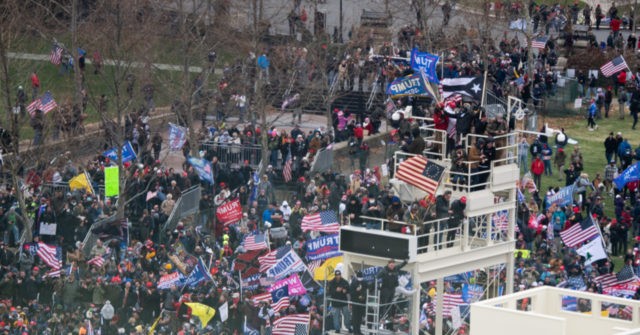 Throngs of Trump supporters attending the mass protest in Washington, DC, are attempting to breach the U.S. Capitol as members of Congress gather to count and certify the Electoral College results.

Videos show hordes of protesters, some of whom are carrying American flags, clashing with police and breaching barriers in protest of the Electoral College votes in disputed states.

Earlier, President Trump spoke to thousands of supporters, who shouted “bullshit” and “stop the steal” as Trump recounted what occurred on election night.

“You have to get your people to fight and if they don’t fight we have to primary the hell out of the ones that don’t fight,” Trump said. “We’re going to let you know who they are.”

Several GOP lawmakers, including an estimated 140 in the House and over a dozen in the Senate, are expected to reject electoral votes in disputed states, though Senate Majority Leader Mitch McConnell (R-KY) is not joining them in their efforts.