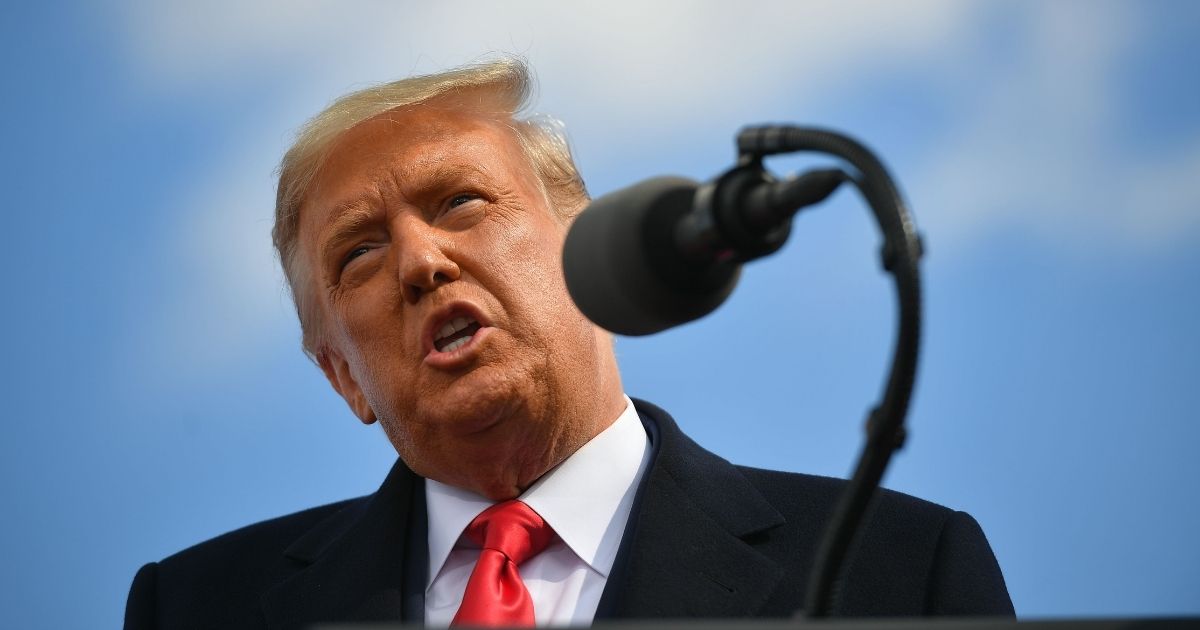 President Donald Trump said he was confident he will get to 270 electoral votes and win the election in a Thursday interview with the Washington Examiner’s Bryon York.

“Never bet against me,” Trump told the Examiner. “I see evidence, and we have hundreds of affidavits.”

In the phone interview initiated by Trump, the Republican president talked about the different battleground states in which his campaign has contested the election results.

Trump added that he will also win North Carolina “unless they happen to find a lot of votes.”

The optimism continued for Michigan and Pennsylvania, but the president said his campaign is focusing on protesting the exclusion of his campaign’s observers in those battleground states.

“They should throw those votes out that went through during those periods of time when [Trump observers] weren’t there. We went to court, and the judge ordered [the observers] back, but that was after two days, and millions of votes could have gone through. Millions. And we’re down 50,000.”

Do you think Trump has a chance at winning?

As of Friday morning, Trump trails presumptive president-elect Joe Biden by 5,317,554 votes, according to data from The New York Times.

Jed Shugerman, a professor at Fordham Law School, wrote in a Washington Post Op-Ed that Americans should “welcome” the various lawsuits the Trump campaign has filed because he believes that they don’t have any merit and may “prove to be the best way to legitimize” Biden’s victory.

“It is also a bad idea, as a general matter, to object to election law litigation: In two years, or four years — and possibly in two months in Georgia — the shoe may be on the other foot,” he wrote.

“It would look hypocritical to condemn the very idea of challenging an election result now, only to turn around and do so in different (albeit more legitimate) circumstances.”

Nevertheless, Trump is pushing forward and told York that he might turn things around in “two weeks, three weeks.”

He tweeted Friday morning that “Dems have been preaching how unsafe and rigged our elections have been.”

For years the Dems have been preaching how unsafe and rigged our elections have been. Now they are saying what a wonderful job the Trump Administration did in making 2020 the most secure election ever. Actually this is true, except for what the Democrats did. Rigged Election!

“Now they are saying what a wonderful job the Trump Administration did in making 2020 the most secure election ever. Actually this is true, except for what the Democrats did,” he added. “Rigged Election!”