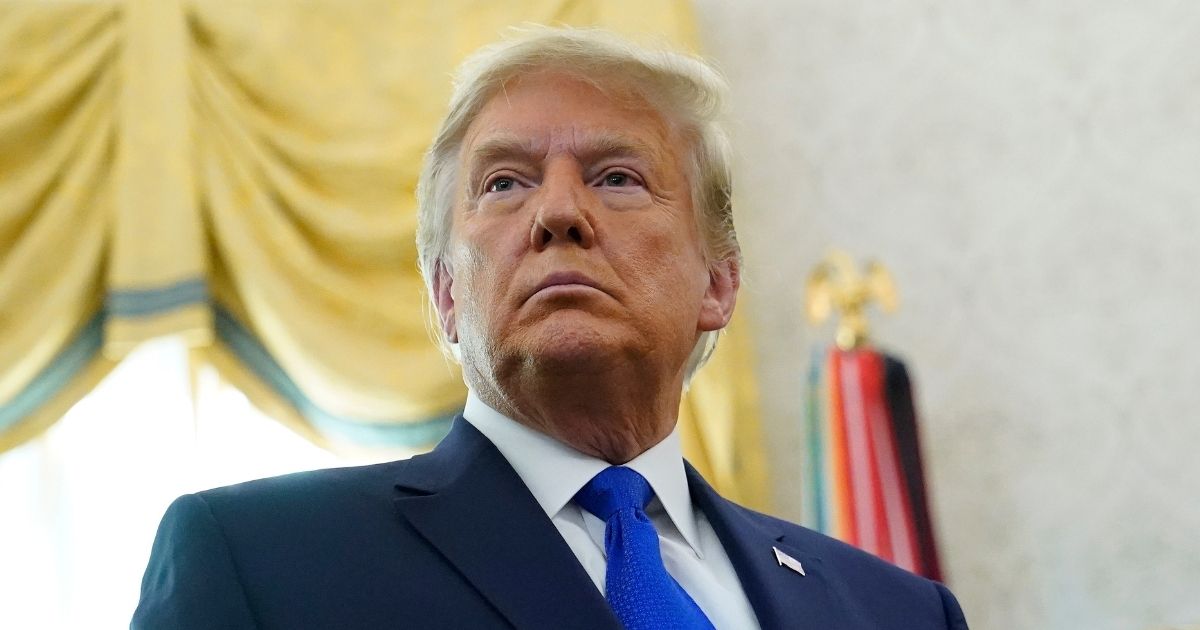 President Donald Trump continued to ratchet up the pressure on China last week by signing a law that could boot Chinese companies from major American stock exchanges.

The Holding Foreign Companies Accountable Act that Trump signed Friday requires that all companies listed with U.S. stock exchanges comply with American auditing oversight rules within three years of the law being signed, according to the South China Morning Post.

Failure to comply could mean being delisted from the exchanges — a potentially devastating financial blow.l

Although most foreign companies listed on U.S. exchanges comply, China forbids its companies from doing so, the newspaper reported.

“The United States has continuously abused export control measures to suppress other countries’ enterprises, institutions and individuals, causing serious damage to the international economic and trade order and free trade rules, and posing a serious threat to the security of the global industrial chain supply chain,” a spokesman for the ministry said, according to the South China Morning Post.

“We once again urge the US to stop unilateralism and bullying, give fair treatment to companies from all countries, including Chinese companies,” the spokesman said.

The law was passed with bipartisan support, clearing both the Democratic-controlled House and the Republican-controlled Senate.

Republican Sen. John Kennedy of Louisiana said past policy allowed China to “flout rules that American companies play by,” according to The New York Times.

“Today, the House joined the Senate in rejecting a toxic status quo, and I’m glad to see this bill head to the president’s desk,” he said on Dec. 2, after the House gave the bill final legislative approval.

Why the Holding Foreign Companies Accountable Act is key to protecting Americans:

SEC: “there are challenges in our ability to effectively hold foreign issuers and their officers and directors accountable to the same extent as U.S. issuers and persons”https://t.co/lZ61c4Da7Q

As of October 2, 217, Chinese firms worth more than $2 trillion were listed on major U.S. exchanges, according to a report the U.S.-China Economic and Security Review Commission.

Trump’s new order continues his effort to put limits on Chinese companies that tap American investors for their funding. Last month, he banned investment in companies that were either owned or controlled by the Chinese military, according to a report by CNBC.

In an executive order dated Nov. 12, Trump said that “the People’s Republic of China (PRC) is increasingly exploiting United States capital to resource and to enable the development and modernization of its military, intelligence, and other security apparatuses, which continues to allow the PRC to directly threaten the United States homeland and United States forces overseas, including by developing and deploying weapons of mass destruction, advanced conventional weapons, and malicious cyber-enabled actions against the United States and its people.”

Are you glad President Donald Trump has stood up to China?

“Key to the development of the PRC’s military, intelligence, and other security apparatuses is the country’s large, ostensibly private economy.  Through the national strategy of Military-Civil Fusion, the PRC increases the size of the country’s military-industrial complex by compelling civilian Chinese companies to support its military and intelligence activities.  Those companies, though remaining ostensibly private and civilian, directly support the PRC’s military, intelligence, and security apparatuses and aid in their development and modernization,” the order stated.

The order stated these supposedly private companies raise funds in the U.S. through American stock exchanges.

“In that way, the PRC exploits United States investors to finance the development and modernization of its military,” Trump wrote.

“I therefore further find that the PRC’s military-industrial complex, by directly supporting the efforts of the PRC’s military, intelligence, and other security apparatuses, constitutes an unusual and extraordinary threat, which has its source in substantial part outside the United States, to the national security, foreign policy, and economy of the United States,” Trump wrote in banning the further sale of securities where the end result is supplying funds to the Chinese military.

“The President’s action serves to protect American investors from unintentionally providing capital that goes to enhancing the capabilities of the People’s Liberation Army and People’s Republic of China intelligence services, which routinely target American citizens and businesses through cyber operations, and directly threaten the critical infrastructure, economy, and military of America and its allies and partners around the world,” the statement said.

Parler’s Website Is Back Online, CEO Posts Message to ‘Lovers and Haters’