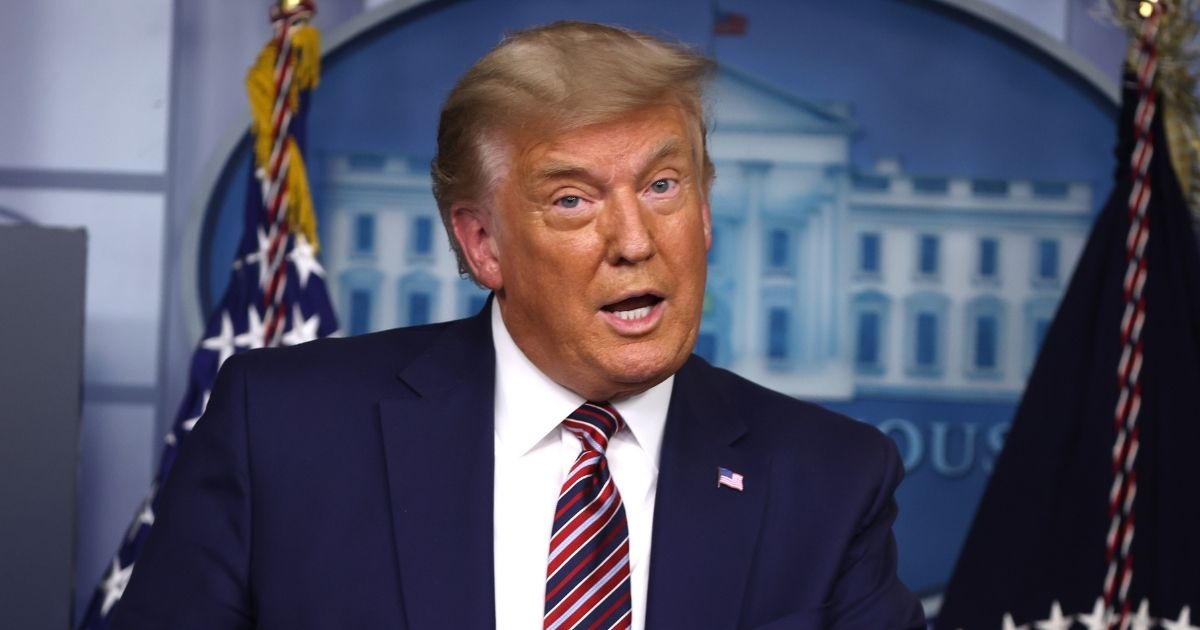 President Donald Trump called Georgia’s recount a “meaningless tally” because it did not include a proper review of the signatures for absentee ballots.

On Friday, Georgia certified its election results after a hand recount, which saw Trump gain approximately 1,300 votes against presumptive president-elect Joe Biden due to multiple counties failing to properly account for all ballots cast.

“The Governor of Georgia, and Secretary of State, refuse to let us look at signatures which would expose hundreds of thousands of illegal ballots, and give the Republican Party and me, David Perdue, and perhaps Kelly Loeffler, a BIG VICTORY,” Trump tweeted.

“Why won’t they do it, and why are they so fast to certify a meaningless tally?” he asked.

…Why won’t they do it, and why are they so fast to certify a meaningless tally?

Trump campaign senior legal adviser Jenna Ellis also dismissed the hand recount as being inadequate to ensure the integrity of the election.

“This so-called hand recount went exactly as we expected because Georgia simply recounted all the illegal ballots that had been included in the total,” she said in a Thursday statement.

Do you think Trump can win his election legal fight?

“We continue to demand that Georgia conduct an honest recount, which includes signature matching,” Ellis said. “We intend to pursue all legal options to ensure that only legal ballots are counted.

In a letter to Georgia Secretary of State Brad Raffensperger last week, prior to the hand recount beginning, Rep. Doug Collins, the head of President Donald Trump’s Georgia recount team, and Georgia GOP Chairman David Shafer noted its lack of an adequate review to ensure absentee ballot signatures on ballots matched those on file.

“The audit does not include a review of signatures on absentee ballot applications and ballot envelopes to confirm the validity of the statutory signature verification process by the counties,” Collins and Shafer wrote.

Their analysis found that the absentee ballot rejection rate fell from 3.5 percent in 2018 to just 0.3 percent in 2020.

The difference “raises serious concerns as to whether the counties properly conducted signature verification and/or other scrutiny of absentee ballots,” Collins and Shafer added. “In fact, it presents the issue of whether some counties conducted any scrutiny at all.”

In an appearance on Fox News on Thursday, Collins said, “We have found issues that we can’t get into as far as the absentee ballot signature issues, the issue of asking the secretary of state to open this thing up so we would know exactly where these ballots came from.”

There’s no denying that we have discovered new ballots in Georgia.

We must count every LEGAL vote to ensure every American feels confident in our election processes and knows that their vote was counted. pic.twitter.com/mtW8j2CegI

On Friday, Raffensperger defended the integrity of Georgia’s election results.

JUST IN: Georgia Secretary of State, Republican Brad Raffensperger, who describes himself as a “proud Trump supporter” affirms that Joe Biden has won the state of Georgia: “Numbers don’t lie.” https://t.co/FCJKbq5ifg pic.twitter.com/rUnBpS9GxR

“As I’ve said before, I’m a proud Trump supporter,” he said. “I was with him early in the 2016 election cycle, and he’s governed the nation by the same conservative principles that I hold dear.”

“Working as an engineer throughout my life, I live by the motto that numbers don’t lie. As secretary of state, I believe that the numbers that we have presented today are correct. The numbers reflect the verdict of the people,” Raffensperger added.

At a White House news briefing on Friday afternoon about prescription drug pricing reforms, Trump reasserted his belief that he won the election.

“Big Pharma ran millions of dollars of negative advertisements against me during the campaign, which I won by the way, but we’ll find that out. Almost 74 million votes,” Trump said.

Trump did garner the most votes of any presidential candidate in U.S. history, with the exception of Joe Biden: 73.7 million to the Democrat’s 79.7 million.

If current election results stand, the 2020 election will mark the only time in U.S. history, with one notable exception, in which the incumbent president lost his re-election bid, but his party gained seats in the House of Representatives.

The only example of an incumbent president losing and his party gaining seats is 1992.

In that election, Democrat Bill Clinton defeated Republican George H.W. Bush; however, Clinton won with just 43 percent of the vote, due to Ross Perot being in the race as an independent candidate.

Supporters of Trump plan to hold a “Stop the Steal” protest at the Georgia Capitol in Atlanta on Saturday.

Protest co-organizer Michael Coudrey said that what the group wants to see is a “full-vote audit,” including all signatures on mail-in ballots.

“We want all signatures on mail-in ballots to be fully audited,” Coudrey said. “We want these irregularities to be addressed, and we want a full vote audit to ensure all ballots cast were legal and lawful.”

Biden Gets 1st Taste of Treatment He Gave Trump, And It’s...