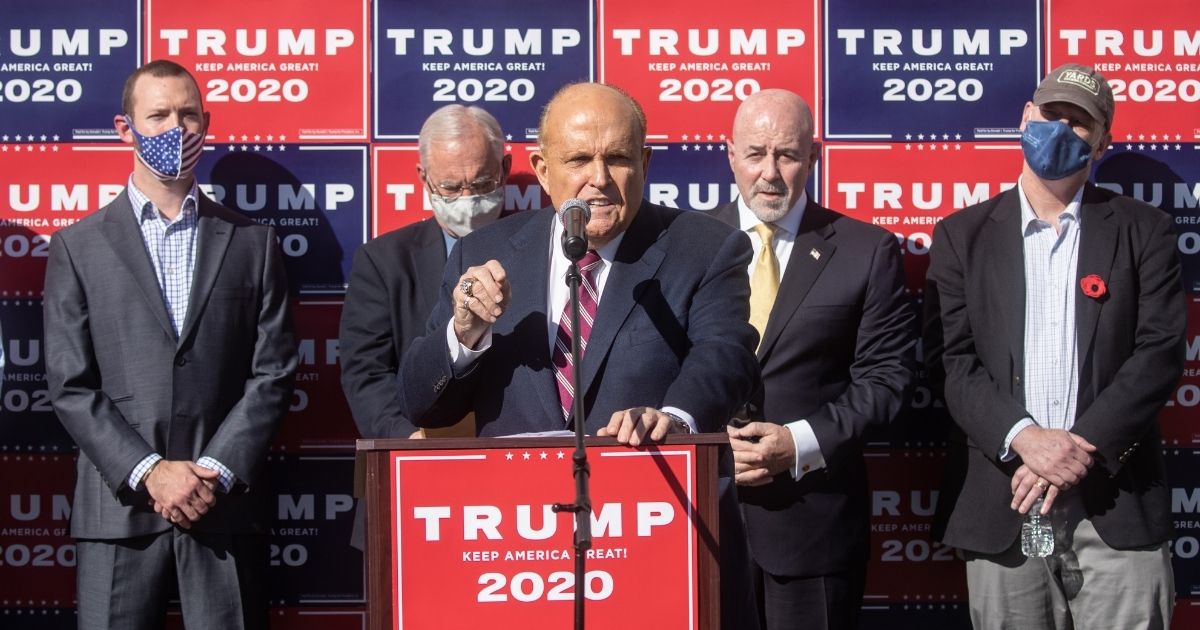 The man who led New York City from the depths of despair after the dark day of the 9/11 terror attacks has been given the lead role in President Donald Trump’s legal battles over the presidential election, according to a new report.

Rudy Giuliani, the former mayor who is now Trump’s personal attorney, was given leadership over all of Trump’s lawsuits related to his campaign, according to The New York Times.

ABC reported that a spokesperson for Giuliani confirmed that he would now lead Trump’s legal battles.

Although Democrat Joe Biden holds an electoral vote lead that has led multiple news organizations to project that he will win the election, Trump has challenged the results in multiple states, including Michigan, Pennsylvania and Arizona.

Trump made the move Friday, according to the Times report, which is the same day that challenges in Michigan and Pennsylvania were turned back by courts in those states, while a challenge in Arizona was dropped because even if found true, it would not have impacted the results of the election.

The Times report noted that the president “has been trying every possible option to change the outcome and trying to get what he sees as ‘fighters’ making his case.”

The report characterized the Giuliani appointment as divisive, and quoted “other Trump advisers,” that Giuliani “was giving the president unwarranted optimism about what could happen.”

Trump campaign senior adviser Jason Miller, however, told Politico, “Everybody on the team is getting along great.”

Trump’s legal team include Sidney Powell, the attorney who battled the courts in the case of Michael Flynn.

Do you believe there was fraud in the election?

“During a Sunday appearance on Fox News, she described a ‘massive and coordinated effort to steal this election’ and said there had been an effort to ‘delegitimize and destroy votes for Donald Trump’ and ‘manufacture votes for Joe Biden,’” Politico said.

Although it was unclear what legal strategy Giuliani might use, there was no doubt that he was embracing a guns-blazing social media strategy, as was Powell.

There was too much fraud , in too many places to be a coincidence. https://t.co/tkx3Ws36q7

682K mail-in ballots in Philidelphia and Allegheny County were counted WITHOUT observers present.

A direct violation of a Court Order.

The evidence of fraud is pouring in at an overwhelming pac’e.

This was a massive effort by Crooked Democrats to wipe out the vote of those they believe are inferior to them….DEPLORABLES , CHUMPS.

Giuliani also raised the issue of a possible connection between Smartmatic, a company that makes electronic voting machines, and billionaire George Soros.

In its reporting, The New York Times said the connection has been “thoroughly debunked,” but noted that Smartmatic chairman Mark Malloch-Brown is on the board of the Soros-funded Open Society Foundation.

Last Sunday, Giuliani said there were at least 450,000 questionable ballots in Pennsylvania alone and was upbeat about the campaign’s chances there.

“Well, I think we have enough to change Pennsylvania. The Pennsylvania election was a disaster,” Giuliani said.