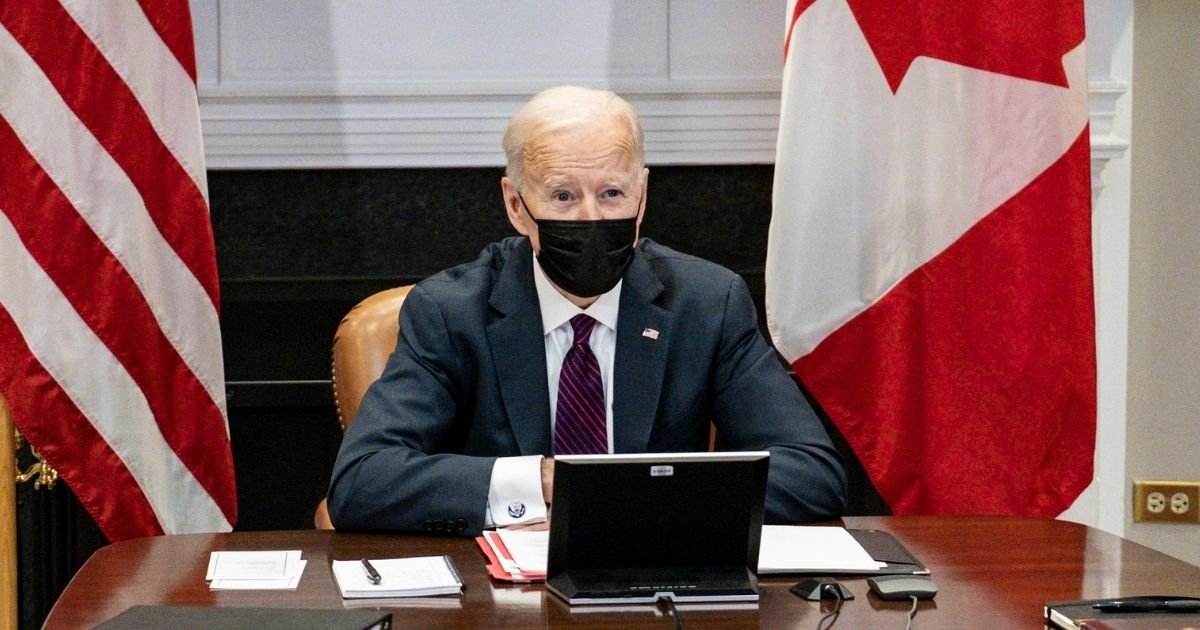 Since taking office, President Joe Biden has made a point to repeal as many of former President Donald Trump’s policies as he can. One such repeal will likely cost the United States massive amounts of money.

Trump was the first president to issue a “regulatory budget,” which Ballotpedia refers to as “policies that limit the total costs that a federal administrative agency may impose through rulemaking.”

Trump issued the regulatory budget via executive order in 2017. It included a “one in, two out” rule for new regulations, meaning that two regulations must be repealed for every one passed.

“The American Action Forum’s report also estimated that the Trump administration added an average of $10 billion annually in regulatory costs, compared with an annual average of $111 billion during President Obama’s eight years in office,” The Times reported.

Those numbers represent over a 90 percent decrease in regulatory costs. On his first day in office, Biden rescinded the executive order despite the private sector largely supporting the regulatory budget. If Biden takes regulatory spending back up to Obama-era levels, it will be over a 1,000 percent increase.

Dan Bosch, the AAF director of regulatory policy and its report author, “said businesses welcomed any way to reduce the federal red tape that companies must navigate.”

Yet to Biden and the Democrats, saving money and helping private businesses is secondary to their political agenda. More spending and red tape are positive things, so long as they help push liberal policies.

For example, the Biden administration is considering a repeal of Trump policies allowing for heavier water flow in household appliances like dishwashers, washing machines and showers, according to The Times.

This comes as part of Biden’s directive for federal agencies to review policies that could go against his goals of fighting climate change.

It seems likely that restricting the water flow in your dishwasher will do more to keep plates from getting cleaned than it will to halt the gradual warming of the earth. It will also cost businesses more money as they implement the regulations.

None of that appears to matter to Biden so long as his leftist base is appeased as he caters to them with mindless policies.

“To tackle these challenges effectively, executive departments and agencies must be equipped with the flexibility to use robust regulatory action to address national priorities,” Biden said.

“This order revokes harmful policies and directives that threaten to frustrate the federal government’s ability to confront these problems, and empowers agencies to use appropriate regulatory tools to achieve these goals.”

RELATED: Feds Will Pay for Airline Tickets to Fly Migrants to US Homes

In other words, Biden is pretty much in favor of red tape and large amounts of spending to supposedly address climate change. When he says “national priorities,” he is referring to what he thinks are the biggest problems facing America.

While Biden may think climate change takes priority over saving billions of dollars for small businesses, the shop owners who face huge losses in the face of the pandemic would likely disagree.

Furthermore, there is no guarantee that increasing regulations would help substantially slow down climate change. Biden is advocating for tens of billions of dollars in spending to pursue regulations that might combat climate change, but might not.

Predictably, The Times reported that environmental groups have been pleased with Biden’s actions in office up to this point. Meanwhile, economists are discussing the actual impact of Biden’s orders.

“I don’t think progressives think regulations have any cost,” Clyde Wayne Crews, the vice president for policy at the Competitive Enterprise Institute, said. “They always claim a net benefit, which means there’s no stopping point, there’s no governor or brake.”

Crews is exactly correct. Progressive Democrats believe that the mere prospect of fighting climate change is worth any cost. They continue to push policies that may or may not be effective and cost the country large swaths of money.

Once again, the Biden administration is refusing to put working-class Americans first.