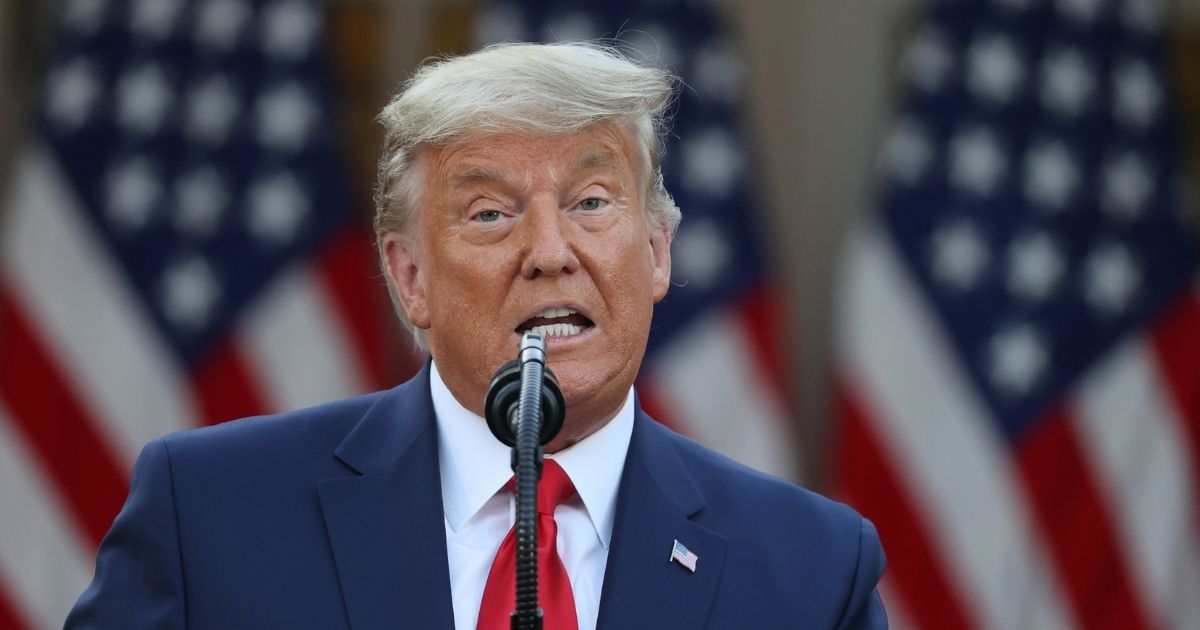 President Donald Trump’s executive order last week aimed at drying up the flow of money to China’s military was the first salvo in what will soon be a full-fledged campaign to rein in China, according to a new report.

Trump’s goal is twofold, according to the Washington Examiner. He wants to halt China’s military and economic expansion at the expense of America and also put in place measures that presumptive potential president-elect Joe Biden would find difficult to abandon if Trump’s challenges to the election results do not go the president’s way.

“[O]ver the coming weeks, the Trump administration will continue to expand the depth and breadth of the historic actions it has taken over the past four years to protect the vital interests of the United States and its allies countering Beijing’s predatory and coercive behaviors,” a “senior administration official” told the outlet.

According to the report, future steps could include sanctions against Chinese officials perpetrating abuses against the Uighurs in China’s Xinjiang province and those busy stamping out democracy in Hong Kong. The administration could also act against China’s fishing industry and further curb imports produced through forced labor.

The report also said that the U.S. will try to block allies from using technology made by Huawei by dangling the possible tactic of not sharing intelligence information as an incentive to comply.

“President Trump has absolutely changed the game when it comes to implementing strong actions on the Chinese Communist Party over the past four years and forging a bipartisan and international consensus on the need to counter Beijing’s harmful policies,” National Security Council spokesman John Ullyot said.

Director of National Intelligence John Ratcliffe is also expected to make the depth of the penetration of America by Chinese intelligence operatives a front-and-center issue in the minds of Americans, according to the report.

Do you support President Donald Trump's actions toward China?

“From Director Ratcliffe’s unique vantage point as the country’s intelligence chief, he plans to lay out for the American people the breadth and depth of the challenges we face from China,” DNI senior adviser Cliff Sims said.

In recent months, the Trump administration has arrested Chinese spies and closed a consulate in Houston amid allegations of espionage.

Trump’s initiative will include further efforts to expand upon his executive order last week to push back against China’s efforts to exploit Americans to help its military.

In the executive order issued last week, Trump wrote that “the People’s Republic of China (PRC) is increasingly exploiting United States capital to resource and to enable the development and modernization of its military, intelligence, and other security apparatuses, which continues to allow the PRC to directly threaten the United States homeland and United States forces overseas, including by developing and deploying weapons of mass destruction, advanced conventional weapons, and malicious cyber-enabled actions against the United States and its people.”

“Key to the development of the PRC’s military, intelligence, and other security apparatuses is the country’s large, ostensibly private economy. Through the national strategy of Military-Civil Fusion, the PRC increases the size of the country’s military-industrial complex by compelling civilian Chinese companies to support its military and intelligence activities. Those companies, though remaining ostensibly private and civilian, directly support the PRC’s military, intelligence, and security apparatuses and aid in their development and modernization.”

The president wrote that these supposedly private companies raise funds in America through U.S. stock exchanges.

“In that way, the PRC exploits United States investors to finance the development and modernization of its military,” he wrote.

“I therefore further find that the PRC’s military-industrial complex, by directly supporting the efforts of the PRC’s military, intelligence, and other security apparatuses, constitutes an unusual and extraordinary threat, which has its source in substantial part outside the United States, to the national security, foreign policy, and economy of the United States,” Trump added regarding banning the further sale of securities where the end result is supplying funds to the Chinese military.

“The President’s action serves to protect American investors from unintentionally providing capital that goes to enhancing the capabilities of the People’s Liberation Army and People’s Republic of China intelligence services, which routinely target American citizens and businesses through cyber operations, and directly threaten the critical infrastructure, economy, and military of America and its allies and partners around the world,” National Security Advisor Robert O’Brien said in a statement.