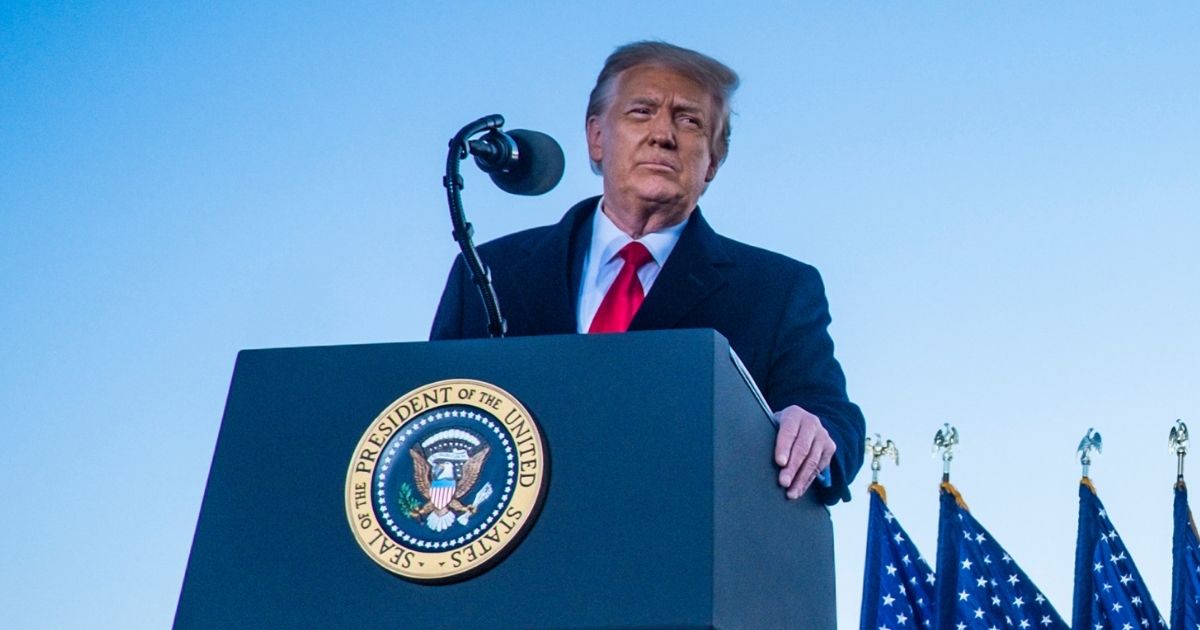 Fox News reported Trump on Friday endorsed one of his former aides, Max Miller, for Congress in the 2022 race. Miller will attempt to unseat GOP Rep. Anthony Gonzalez of Ohio in the state’s 16th district next fall.

Gonzalez was one of ten House Republicans who voted to impeach Trump during House Speaker Nancy Pelosi’s second impeachment charade last month. The move was enough to draw the ire of Trump, who for now is focused on using his influence during the 2022 midterm elections.

In a statement through Trump’s Save America PAC, he praised Miller as a veteran and a patriot, Fox reported.

“Max Miller is a wonderful person who did a great job at the White House and will be a fantastic Congressman,” Trump said. “He is a Marine Veteran, a son of Ohio, and a true PATRIOT.”

Trump also used the statement to throw a bit of shade at Gonzalez, who is in his second term representing the district after being first elected in 2018.

“Current Rep. Anthony Gonzalez should not be representing the people of the 16th district because he does not represent their interest or their heart,” Trump said. “Max Miller has my Complete and Total Endorsement!”

The former president did not mention Gonzalez’s role in the impeachment, but it almost certainly played a factor. At least nine other House primary candidate endorsements are coming at some point or another.

It would also be a surprise if Republican Sen. Lisa Murkowski of Alaska didn’t face a Trump-backed primary opponent in 2022, as she’s the only GOP senator up for re-election next year who voted to convict Trump on an article of impeachment earlier this month in the Senate. The senator also disavowed the former president during his final days in office.

Do you think President Trump carries enough influence to help shape the midterms next year?

Trump will, for now, use his political prowess to campaign for candidates he sees as willing to fight with his America-first mentality while remaining loyal to voters once elected.

In a scathing letter sent out two weeks ago, Trump went after Senate Minority Leader Mitch McConnell and vowed to take seats from Republicans who aligned themselves with Democrats on impeachment and who, in the mind of the former president, do not represent American principles.

“Mitch is a dour, sullen, and unsmiling political hack, and if Republican Senators are going to stay with him, they will not win again,” Trump said of McConnell.

“He will never do what needs to be done, or what is right for our Country. Where necessary and appropriate, I will back primary rivals who espouse Making America Great Again and our policy of America First,” he added. “We want brilliant, strong, thoughtful, and compassionate leadership.”

State Republican parties have shown no signs of breaking with Trump, either, with regard to their respective representatives who participated in the impeachment trial — which ultimately saw Trump acquitted in the Senate on an article of impeachment claiming he incited an insurrection following the Jan. 6 incursion into the Capitol.

GOP Rep. Liz Cheney of Wyoming is perhaps the most high-profile Republican in the House to face condemnation after she was censured by the Wyoming Republican Party for her role in voting to impeach Trump.

The daughter of former Vice President Dick Cheney has now found herself as an outsider of sorts in Washington, where it seems to be clear that Trump is still in command of the GOP. Cheney appears to be facing a stiff challenge from Wyoming state Sen. Anthony Bouchard, who Newsweek reported is already beginning to campaign against her.

The eery silence from Trump since he was de-platformed by Big Tech and impeached in January seems to have ended with a bang. The Republican Party is for now still the party of Trump, and he apparently intends to use his influence to shape the next election while likely mulling a run himself in 2024.