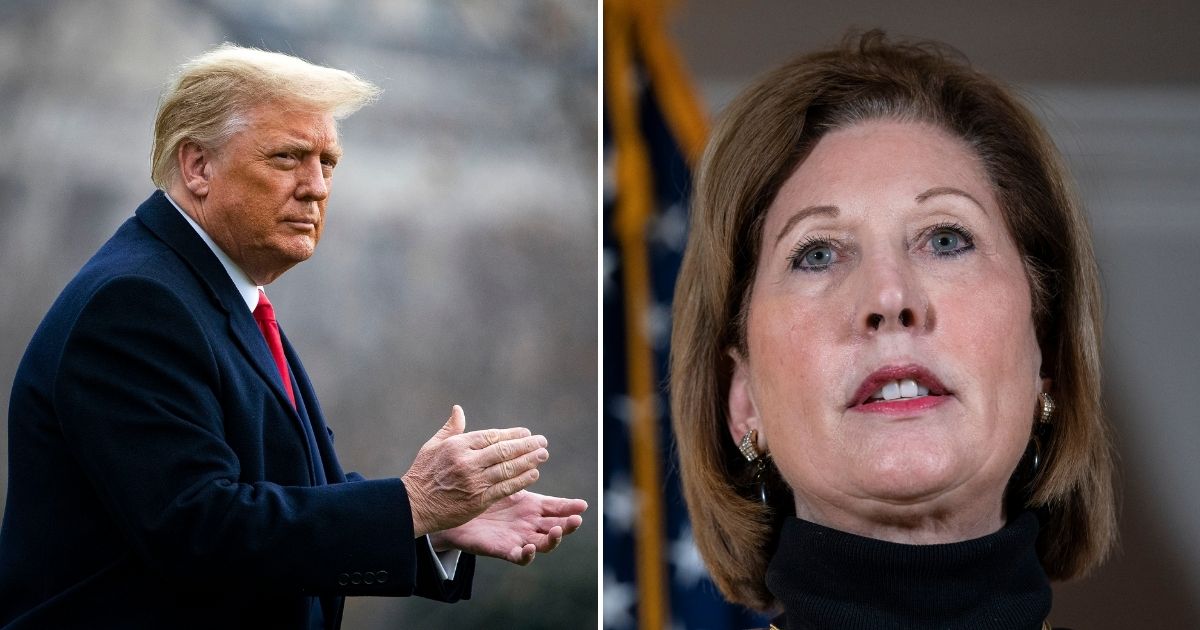 The New York Times reported that Powell, who is currently in the midst of challenging the election results through numerous lawsuits that allege massive voter fraud, including systemic fraud through Dominion Voting systems machines, was at the White House during the conversation.

SCOOP – Sidney Powell was in Oval Office last night as POTUS discussed making her special counsel for election fraud. @KannoYoungs and me https://t.co/wUB8ZMrPxp

Citing two anonymous sources close to the discussion, The Times reported a majority of Trump’s advisers “opposed the idea” of appointing Powell as a special counsel.

The report said that Trump’s personal attorney, former New York City Mayor Rudy Giuliani, was among those who were not sold on the idea of appointing Powell as special counsel in a voter fraud investigation.

“Mr. Giuliani joined the discussion by phone, while Ms. Powell was at the White House for a meeting that became raucous at times, according to one of the people briefed on what took place,” the paper reported.

“Other administration officials drifted in and out of the meeting, two of the people briefed said, and the White House counsel, Pat A. Cipollone, pushed back on the ideas being proposed,” the report added.

The Times further reported it was unclear if Trump would ultimately decide to utilize Powell in such a way.

Do you think Trump should appoint Powell as special counsel to investigate voter fraud?

A separate article from The Daily Beast confirmed much of The Times’ reporting.

“Sidney Powell is practicing law on her own. She is not a member of the Trump Legal Team. She is also not a lawyer for the President in his personal capacity,” Giuliani and Trump campaign attorney Jenna Ellis both said in a statement.

INBOX: @RudyGiuliani and ⁦@JennaEllisEsq⁩ have officially thrown Sidney Powell under the bus:

“Sidney Powell is practicing law on her own. She is not a member of the Trump Legal Team. She is also not a lawyer for the President in his personal capacity.” pic.twitter.com/Z1vcRelYFe

“This is an elite strike force team on behalf of the president and the campaign to make sure that our constitution is protected.” pic.twitter.com/wxUTWlj4NA

It is not yet clear why the Trump legal team put distance between the president’s legal challenges and Powell, who is a former federal prosecutor, though The Times reported Trump and Powell have been in contact recently.

“Mr. Trump has been in contact with Ms. Powell in recent days, despite the fact that the campaign last month sought to distance itself from her,” The Times reported.

The paper went on to call Powell’s contention that Dominion used its voting machines to steal votes “wild and baseless.”

Powell, though, has not backed down from claiming she has unearthed evidence that the machines were used to rig the 2020 election.

“Impound the machines for immediate forensic inspections. If there was no fraud, the #Left should welcome it! People who have nothing to hid, hide nothing,” she tweeted Thursday.

Impound the machines for immediate forensic inspections. If there was no fraud, the #Left should welcome it!
People who have nothing to hid, hide nothing. @realDonaldTrump @RealJamesWoods @RealRLimbaugh @marklevinshow @Scavino45 @BillWhiteNY https://t.co/yNpjnA6jRa

The Trump campaign has neither confirmed nor denied The Times’ reporting.

Trump Establishes ‘Office of the Former President’ in Florida