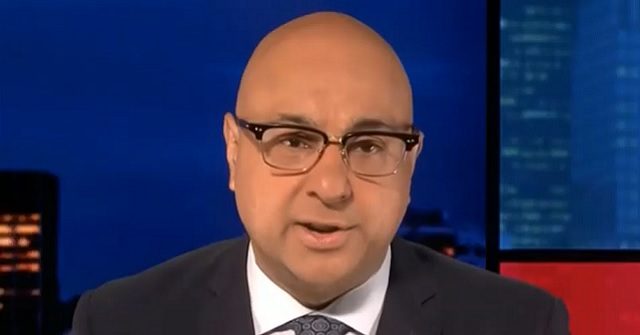 On Wednesday’s broadcast of MSNBC’s “Rachel Maddow Show,” host Ali Velshi stated that we can’t move past the 2020 presidential election “because of Trump’s continued nonsense,” before conducting an interview with former Georgia gubernatorial candidate Stacey Abrams, who he said, “helped cement the right to vote for everyone in Georgia to stop what happened to her from ever happening again.”

Velshi said, “Joe Biden won this election. Joe Biden will be inaugurated the 46th president of the United States on January 20, but because of Trump’s continued nonsense, we will have to keep our tired legs running just a little bit longer.”

After discussing the Georgia Senate runoffs, and saying that Republicans are trying to disenfranchise Democratic voters, Velshi introduced his interview with Abrams by stating, “Stacey Abrams ran for governor in Georgia in 2018, if it were not for a coordinated Republican effort to suppress Democratic votes in Georgia, Stacey Abrams said she would be governor today. But her race was not in vain. The grassroots work that she did in Georgia during and after her campaign helped cement the right to vote for everyone in Georgia to stop what happened to her from ever happening again.”

Science for the Lambs