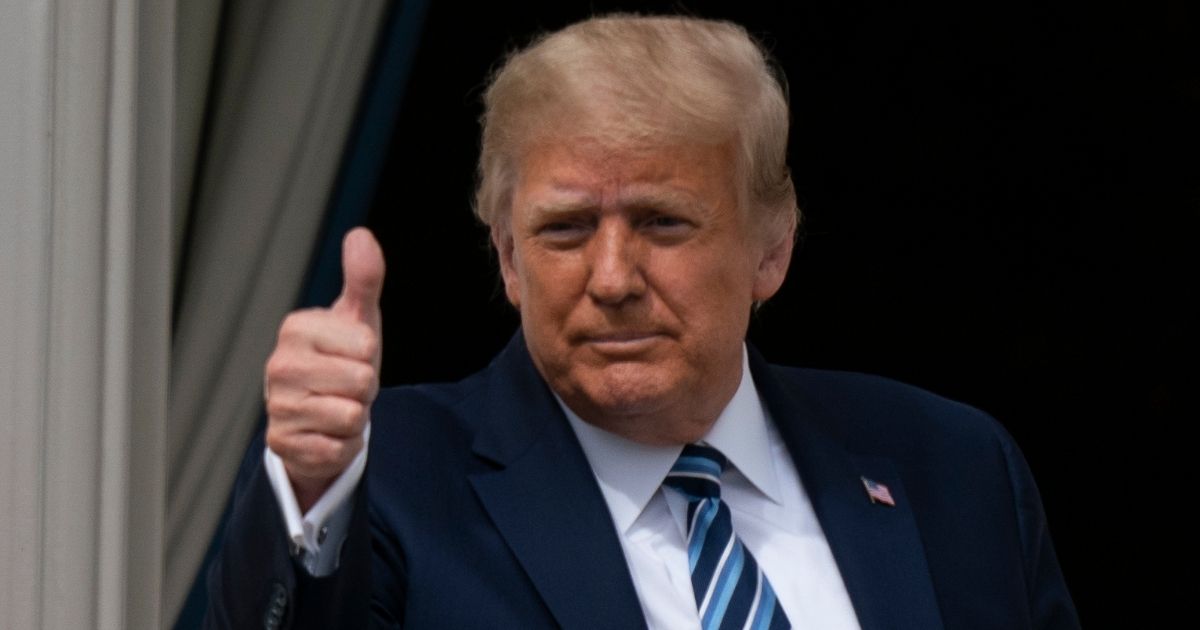 While most establishment media outlets have declared Joe Biden the winner of the 2020 presidential race, a sleeper story is emerging in Arizona as President Donald Trump pulled to half a percent away from his Democrat rival.

The Associated Press on Saturday declared Biden the winner of the election with an Electoral College tally of 290 compared with 214 for Trump.

Included in that tally is Arizona’s 11 Electoral College votes, along with results from other contested races in Michigan, Wisconsin, Pennsylvania and Nevada.

The Trump campaign has insisted that the Grand Canyon State would ultimately go for the president when all the votes are counted.

Last week, Biden held a nearly 93,000-vote lead over Trump, but as of Monday morning, the former vice president’s advantage shrank to just 16,985 votes, or 49.5 percent to Trump’s 49 percent.

Garrett Archer of the Phoenix ABC affiliate KNXV-TV tweeted on Sunday that the president received 64 percent of a ballot drop from Pinal and Apache counties that day.

Trump is carrying Pinal County handily in the overall count, while Biden has a strong lead in Apache County.

According to a Monday morning tweet by Archer, there are approximately 77,000 outstanding ballots in Arizona.

If the president were to take 64 percent of those outstanding ballots or something close to it, he would pull ahead of Biden by about 4,500 votes.

Of course, that is a big “if,” but it’s still conceivable.

Last week, MSNBC national political correspondent Steve Kornacki explained there are three what he called “buckets” that made up Arizona’s ballot count.

First came the early votes, in which Biden jumped to a 10-point lead over Trump.

Then came the votes cast on Election Day, which the president carried by 26 percentage points, Kornacki said.

The counties have been in the midst of counting a third batch made up primarily of ballots dropped off at polling places on Election Day or early ballots that arrived in the days immediately before it, which have been trending overall statewide for Trump.

If Arizona were to go for the president, that would not give him the Electoral College tally he needs or deny Biden the win if all things stay the same — but it could be the beginning of a change in the race.

Biden’s tally would drop from 290 back to 279, while Trump’s would go to 232, assuming Alaska and North Carolina, where he leads, ultimately are called for him.

If any of the contested states of Wisconsin, Michigan and Pennsylvania were to drop out of Biden’s win column after a recount or court challenge, the former vice president no longer would have the 270 Electoral College votes required to win.

In an Op-Ed for The Western Journal, former Bill Clinton campaign guru Dick Morris laid out Trump’s path to victory from there, which caught talk radio host Mark Levin’s attention.

Georgia is among the states likely heading for a recount, which Morris believes will play out in Trump’s favor given the invalid absentee and other votes that will be discovered.

He also sees a recanvassing happening in Wisconsin that will also uncover invalid votes and possibly flip the state.

Then it all comes down to Pennsylvania, where Trump appears to have his strongest legal challenges.

On Friday, Supreme Court Justice Samuel Alito ordered all Pennsylvania’s counties to secure any ballots that arrived after 8 p.m. on election night.

The Pennsylvania Supreme Court contravened the Keystone State’s election law by allowing ballots received up to Friday to be counted, but the Trump campaign and Pennsylvania Republican Party have appealed to the U.S. Supreme Court to have that ruling overturned.

SCOTUS denied a request to fast-track the case in a 4-4 ruling prior to the election, with Chief Justice John Roberts siding with the liberal wing of the court; however, the justices did not rule on the merits of the case.

Do you think Trump will ultimately win the 2020 election?

With Amy Coney Barrett now on the court, such a ruling could go in the Republicans’ favor, throwing out the late-arriving absentee ballots. Absentees have trended heavily for Biden.

The Trump campaign is also pursuing other legal challenges, including the denial of Republican observers in the Philadelphia vote-counting center.

Then there’s the potentially unfolding drama in Michigan, where a county flipped from Biden to Trump after a computer glitch was uncovered.

The same software by Dominion Voting Systems is used in a majority of Michigan’s counties as well as in other swing states.

Georgia also experienced a “glitch” on Election Day with its Dominion Voting Systems in Spalding and Morgan counties, both of which Trump carried.

Politico reported the glitch was caused by a vendor uploading an update to its election machines the night before.

One thing all the electronic voting systems have in common is a removable drive or memory device, which engages in two-way communication with the database when results from each voting machine are uploaded.

According to these experts, the best way to verify the vote is accurate is to conduct random risk-limiting audits of election results, regardless of how large the margin of victory.

Such audits are conducted by doing a hand recount of paper ballots in various precincts around the state until a preset statistical measure of certainty is achieved when the reviewers can conclude the computer-tabulated election results reflect the actual votes cast.

So much is yet to be done before we can verify who the winner of the 2020 presidential race was.

It would certainly be a powerful turn of events if Trump’s re-emergence from the ashes of defeat were to begin in Phoenix.